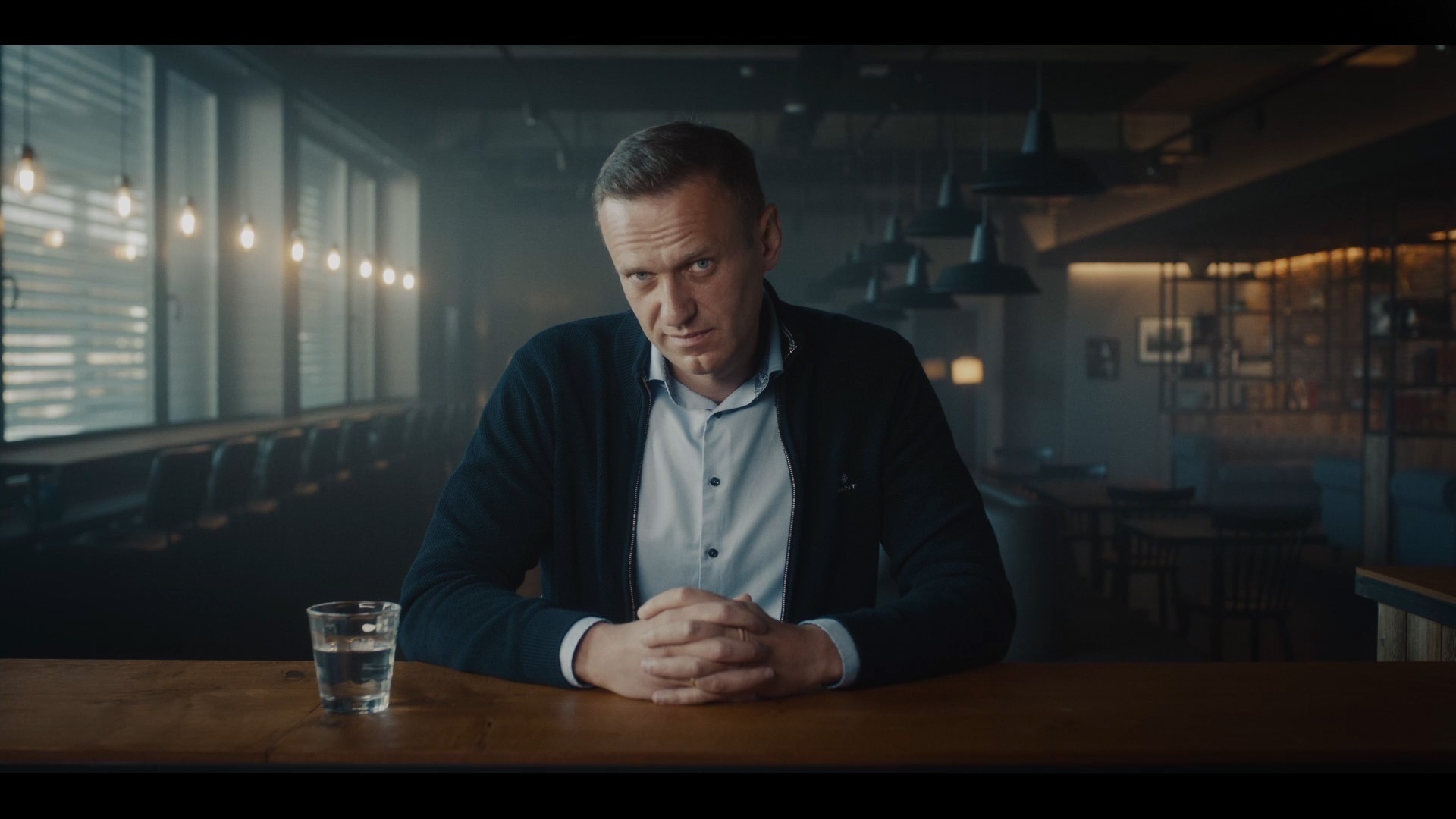 The Daniel Roher-directed Sundance sensation has been acquired by Warner Bros. Pictures and now heads to 800+ theaters in North America

The NAVALNY screenings will be followed by a special conversation with the filmmakers, moderated by CNN’s Clarissa Ward

Warner Bros. Pictures has acquired NAVALNY, about the Russian dissident and presidential candidate who was the target of a 2020 assassination attempt.  The documentary, directed by Daniel Roher, premiered to critical and audience acclaim at the 2022 Sundance Film Festival.  Fathom Events has also boarded the project with Warner Bros. Pictures to screen the film in more than 800 theaters in North America on April 11 and 12.

The screenings will be followed by a special conversation with the filmmakers, to be moderated by CNN chief international correspondent, Clarissa Ward.  Ward has reported extensively from Russia and Ukraine, and specifically on matters related to Alexey Navalny, for several years.

“Alexey Navalny was just last week convicted and sentenced in Russia and cannot tell the story of what happened to him.  Our film shows his tremendous courage fighting an authoritarian regime and its corruption inside Russia.  I’m looking forward to the Fathom Events engagements and speaking to CNN’s Clarissa Ward.  I appreciate Warner Bros. Pictures creating these experiences for theatrical audiences,” said Daniel Roher, director of NAVALNY.

NAVALNY takes viewers inside the careful investigation into the shocking and brazen assassination attempt against Russian opposition leader Alexey Navalny, and who was behind it.  Through his years-long campaign against corruption among Russia’s elites, Navalny has developed powerful enemies.  His publicized revelations, and calls for democratic reforms, have enraged Vladimir Putin, who refuses to even say his name in public.  In August 2020, Navalny was secretly poisoned with a military-grade chemical nerve agent in an elaborate attempt on his life.  Despite denials from the Russian government, the poison was later linked to the Kremlin through investigations by international news organizations, including Bellingcat and CNN.

Directed by Daniel Roher, NAVALNY is produced by Odessa Rae of RaeFilm Studios, Diane Becker and Melanie Miller of Fishbowl Films, and Shane Boris of Cottage M.  Amy Entelis and Courtney Sexton of CNN Films, and Maria Pevchikh, are executive producers of the documentary.

“With NAVALNY, we had an exceptionally rare opportunity to drop audiences into the center of a heart-pounding, edge-of-your-seat thriller that is not only true, but urgently unfolding, in real time, at this critical moment in history,” said Jeff Goldstein, president, domestic distribution, Warner Bros. Pictures.  “Daniel Roher and his team have seamlessly combined daredevil reporting with masterful filmmaking to deliver a compelling motion picture that demands to be seen by a broad movie-going audience, and we couldn’t be more thrilled to work with our partners at CNN Films, HBO Max, and Fathom Events to make that happen.”

“Fathom Events is beyond proud to bring this must-see documentary to theaters at a time when Navalny’s story should be in front of everyone,” said Ray Nutt, CEO of Fathom Events.  “We’re honored to partner with CNN Films, Warner Bros. Pictures, and exhibition to also present the exclusive discussion with Clarissa Ward and the filmmakers about this incredible story.”

“Particularly at this historic global moment, we are really pleased to partner with Warner Bros. Pictures and Fathom Events to make NAVALNY widely available to through these special engagements,” said Entelis, executive vice president of talent and content development for CNN Worldwide.  “The conversation with Clarissa will add thoughtful perspective to this concurrent history for the audience,” said Sexton, senior vice president for CNN Films.  Both Entelis and Sexton spoke on behalf of CNN Films and CNN+.

NAVALNY is presented by CNN Films and HBO Max, in association with Fishbowl Films, RaeFilm Studios, and Cottage M.  The film won both the Audience Award in the U.S. Documentary competition, and the Festival Favorite Award, at the 2022 Sundance Film Festival.  The international premiere took place in Copenhagen at the CPH:DOX Film Festival last weekend.

Tickets for NAVALNY may be purchased at FathomEvents.com, or through participating theater box offices.

Fathom is a recognized leader in the entertainment industry as one of the top distributors of content to movie theaters in North America. Owned by AMC Entertainment Inc. (NYSE: AMC); Cinemark Holdings, Inc. (NYSE: CNK); and Regal, a subsidiary of the Cineworld Group (LSE: CINE.L), Fathom operates the largest cinema distribution network, delivering a wide variety of programming and experiences to cinema audiences in all the top U.S. markets and to more than 45 countries. For more information, visit www.FathomEvents.com.

About CNN+
CNN+ is CNN Worldwide’s subscription streaming service launching in Q1 2022. It will feature new, live, on demand and interactive programming as a standalone direct-to-consumer service with offerings that are separate and distinct from CNN, CNN International, HLN and CNN en Español linear TV channels. At launch, 8-12 hours of live, daily programming from some of CNN’s favorite anchors and new talent will be available throughout the week, alongside a thriving community component for fans to engage with the content. Unlike anything else on the market, CNN+ taps into CNN’s credibility, expertise, and CNN talent to deliver an additive experience to what pay TV subscribers get on-air and for free online.