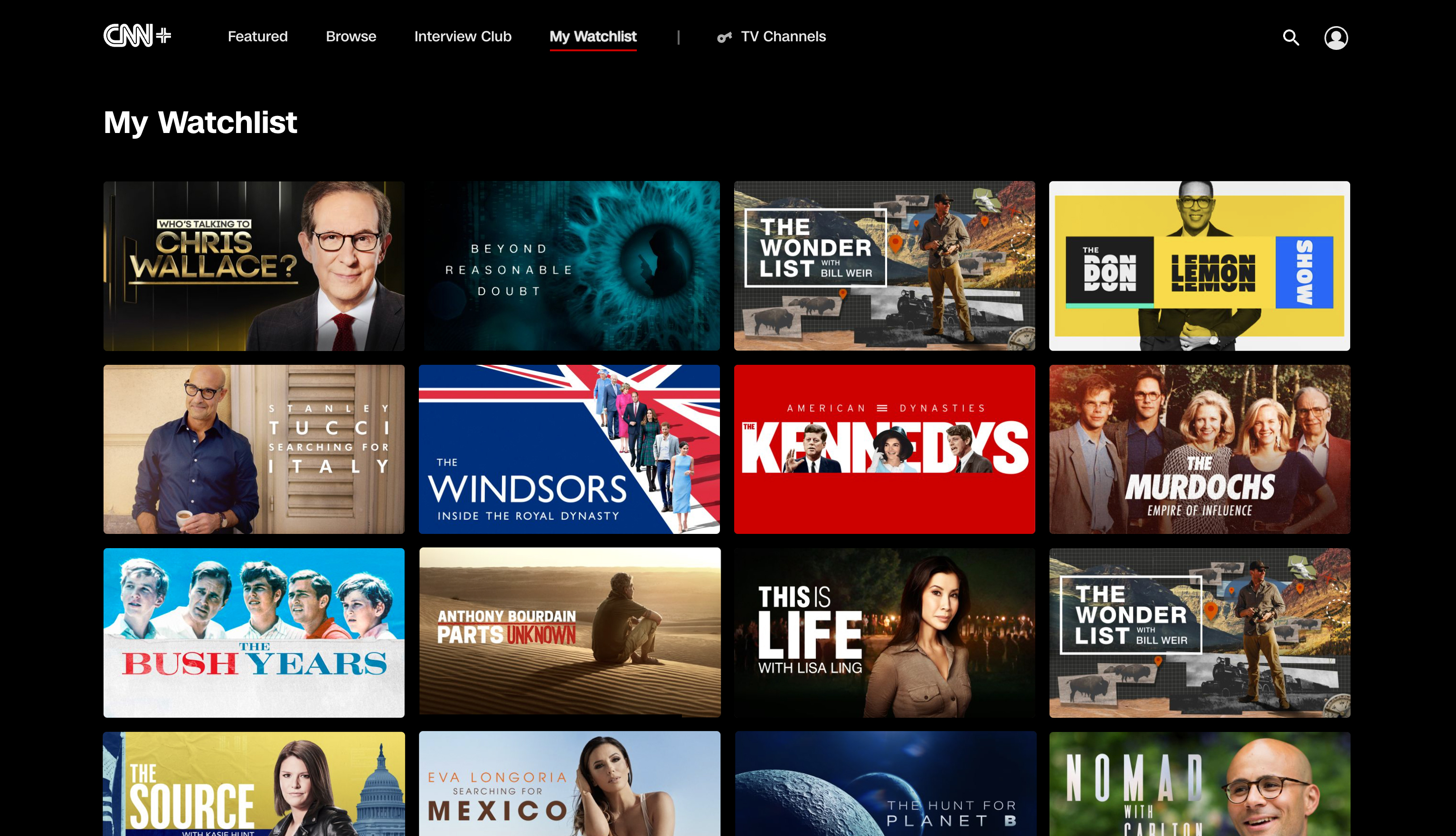 CNN+ Launches in the United States

Subscribers can easily access CNN+ today on desktop and a range of supported smartphones, tablets and streaming devices, includingAmazon Fire TV, Android phones and tablets and Apple devices (via the App Store on iPhone, iPad, Apple TV, Apple TV 4K and Apple TV HD). On these platforms, users can download the CNN app, which will contain both the CNN+ subscription service and access to the existing TV everywhere experience for pay TV subscribers, including the live TV feeds of CNN, CNN International and HLN as well as a robust on-demand offering. Additional device support for CNN+ will be available in the coming months.

Available for purchase at $5.99 per month or $59.99 per year, early subscribers that sign up within the first four weeks directly will have access to the “Deal of a Lifetime,” or 50% off the monthly plan – for life – as long as they remain subscribers.

At launch, 8-12 live daily shows will debut, in addition to the first episode of a slate of weekly programming, new CNN+ Original Series, and a library of more than 1,000 hours of award-winning programming from the CNN Original Series and CNN Films teams. Additionally, the Interview Club platform is now available as a thriving community that will allow subscribers to drive the conversation and be part of the story.

The product was announced in July 2021 as set to debut in Q1 of 2022. Additional CNN+ shows, talent, content offerings and business updates for 2022 and beyond will be released in the days, weeks, months and years to come.

To sign up for updates and more information visit CNNPlus.com.

CNN Worldwide is the most honored brand in news, reaching more individuals on television and online than any other news organization in the United States. Globally, CNN International is the most widely distributed news channel. CNN Digital is the #1 online news destination, with more unique visitors and video viewers than any other news source. CNN’s award-winning portfolio also includes CNN Original Series, which develops non-scripted programming for television via commissioned projects, acquisitions and in-house production. CNN Films produces, commissions and acquires documentary feature and short films for theatrical and festival exhibition, as well as for broadcast and other distribution across CNN’s multiple platforms. Additionally, CNN Newsource is the world’s most extensively utilized news service partnering with over 1,000 local and international news organizations around the world. CNN is a division of WarnerMedia.

Information set forth in this news release contains forward-looking statements that are subject to risks and uncertainties, and actual results might differ. A discussion of factors that may affect future results is contained in AT&T’s filings with the Securities and Exchange Commission. AT&T and CNN disclaim any obligation to update and revise statements contained in this news release based on new information or otherwise.