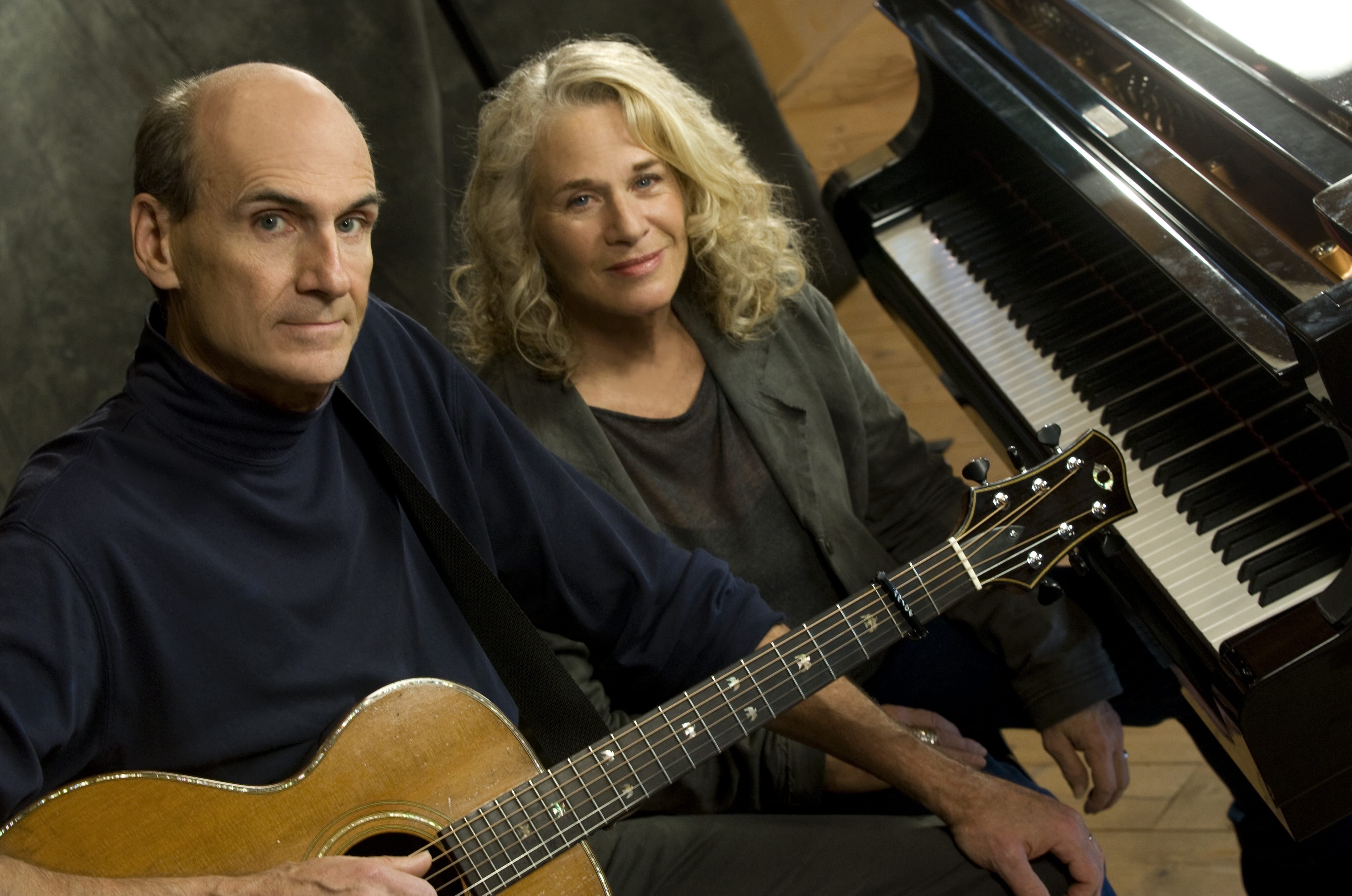 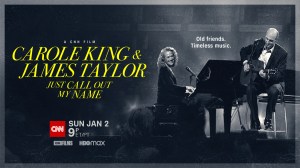 CNN Films will premiere CAROLE KING & JAMES TAYLOR: Just Call Out My Name for television on Sunday, Jan. 2, 2022, at 9:00pm ET/PT on CNN.  Also released today are the trailer and poster art for the film.  The new documentary feature is centered around Carole King’s and James Taylor’s legendary 2010 Troubadour Reunion Tour, and includes exclusive footage.  The film is directed and produced by Frank Marshall, and produced by Aly Parker and The Kennedy / Marshall Company.

CAROLE KING & JAMES TAYLOR: Just Call Out My Name celebrates King’s and Taylor’s relationship of 50 years.  Their expansive 2010 concert tour reunited these beloved singer/songwriters for a rare musical experience.  The set list for the film contains a breadth of material, including songs that they first performed together in 1970 at The Troubadour, the famed Los Angeles music venue that initially helped propel them both onto the world stage, and again in 2007 at the club’s 50th anniversary.  Songs in the documentary include: “Country Road,” “Natural Woman,” “Fire and Rain,” “Beautiful,” “Carolina in My Mind,” and many more.

In an exclusive interview for the film, King and Taylor describe some of the stories behind their music.  Recently, four-time Grammy® Award-winner Carole King was also inducted into the Rock & Roll Hall of Fame, for the second time; and, six-time Grammy® Award-winner James Taylor’s acclaimed live tour continues throughout 2022.  Musicians Danny Kortchmar, Russ Kunkel, and Lee Sklar, who formed the original band, “The Section”, each bring their own unique perspectives in celebration for this reunion on film.

Frank Marshall, who also directed The Bee Gees: How Can You Mend a Broken Heart and produced The Gift: The Journey of Johnny Cash, described the film as a ‘special reunion concert by these extraordinarily gifted friends,’ when the production was announced in October.

The film was commissioned by CNN Films and HBO Max.  CNN is the exclusive domestic broadcaster for the film.  During the Jan. 2 premiere, CAROLE KING & JAMES TAYLOR: Just Call Out My Name, will also stream live for subscribers via CNNgo (www.CNN.com/go and via CNNgo apps for AppleTV, Roku, Amazon Fire, Chromecast, Samsung Smart TV, and Android TV) and on the CNN mobile apps for iOS and Android.  The film will encore on Saturday, Jan. 8 at 9:00pm Eastern.  It will also be available on demand via cable/satellite systems, CNNgo platforms, and CNN mobile apps, beginning Monday, Jan. 3, through Sunday, Jan. 16.  While watching the film, viewers can comment and interact with others across social media platforms using the hashtag #JustCallOutMyName.

About The Kennedy / Marshall Company

Established in 1991 by veteran producers Kathleen Kennedy and Frank Marshall, The Kennedy/Marshall Company is behind award-winning films like The Curious Case of Benjamin Button, Lincoln, and Sully as well as blockbuster franchises like Jurassic World and Jason Bourne. In 2012, the Documentary Division was created to tell non-fiction stories with the same passion and expertise. Past projects include Sinatra: All or Nothing at All (HBO), Finding Oscar (Amazon), The China Hustle (Magnolia), Satan & Adam (Netflix), The Gift: The Journey of Johnny Cash (YouTube), the Emmy-nominated docuseries Laurel Canyon: A Place in Time (EPIX), and most recently the Emmy-winning The Bee Gees: How Can You Mend A Broken Heart (HBO).