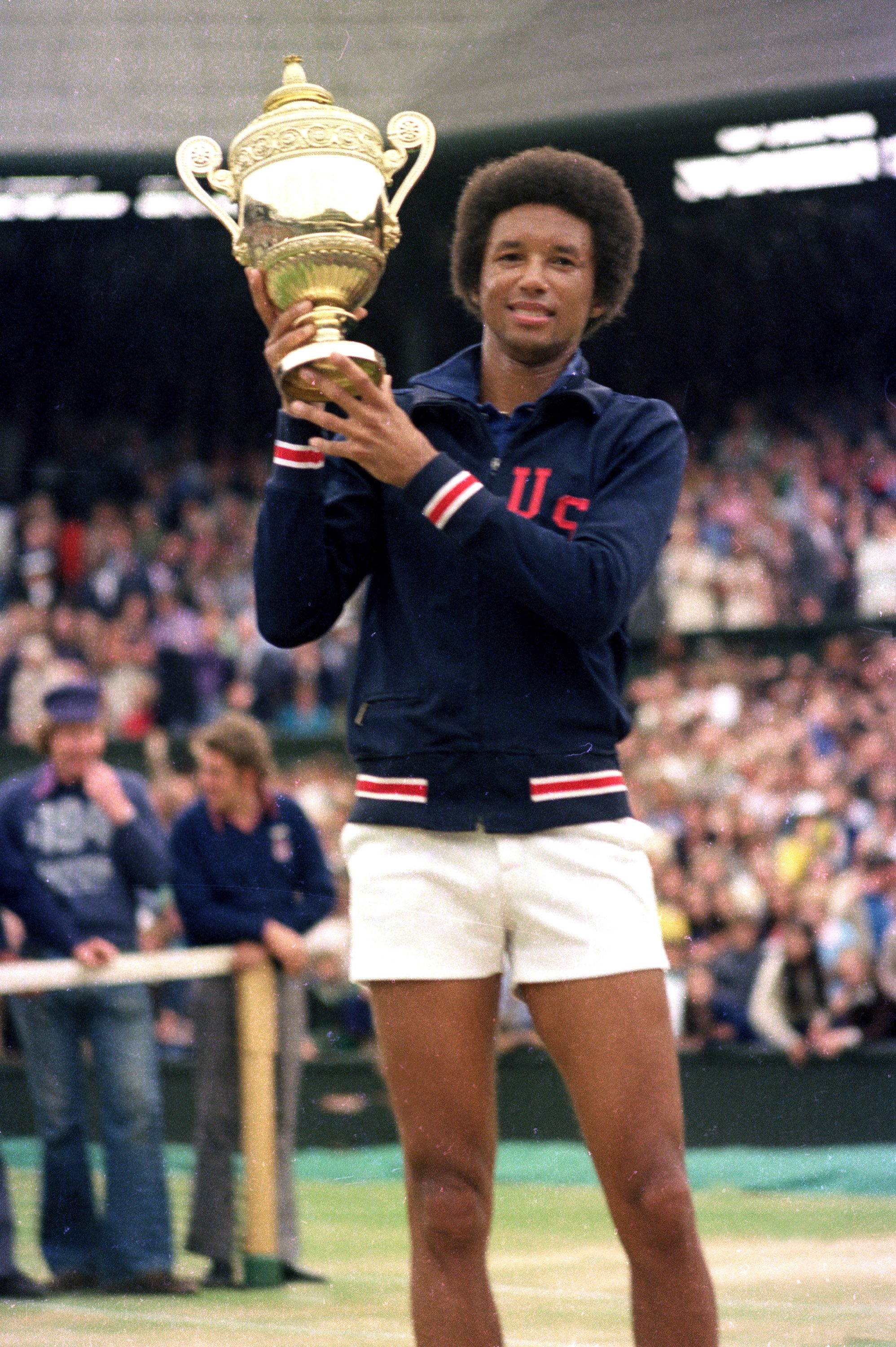 CNN Films and HBO Max have partnered with Dogwoof, Emmy® Award-winner Rex Miller (A CHEF’S LIFE and ALTHEA) and Academy Award®-nominated and Emmy® Award-winning filmmaker Sam Pollard (4 Little Girls and When the Levees Broke: A Requiem in Four Acts), for a film exploring the legacy of tennis great and humanitarian Arthur Ashe.  Miller and Pollard are co-directors for CITIZEN ASHE, which is produced by Beth Hubbard (ASHE ’68 and SUMMER OF SOUL) and Dogwoof CEO Anna Godas, Steven Cantor, and Jamie Schutz.  The new documentary feature will be presented by CNN Films and HBO Max in 2022.

“Our film is a first-person exploration of Arthur Ashe in his own words, describing his own origin story as a social activist.  He created a unique blueprint for advancing civil rights for disenfranchised and oppressed people throughout the world, amid a tumultuous time of demonstrations and assassinations.  CITIZEN ASHE shows a true champion’s defining moments,” said Miller.

“I was a teenager in the 1960s and remember the extraordinary achievements of Arthur Ashe on the tennis court.  But I knew little of the obstacles and challenges he faced on and off the court in the white world of professional tennis.  Working on this film has been an absolute eyeopener into the man, and the player, who faced all of his challenges with a level of dignity and integrity we should all try to measure up to,” said Pollard.

Ashe, who would have turned 78 this month, died of AIDS-related complications in 1993.  His storied tennis career is only surpassed in esteem by his off-court activism on behalf of civil rights, global human rights, and compassion for those afflicted by HIV.

Using a blend of archival newsreel and family footage, Miller and Pollard take viewers along Ashe’s personal evolution, beginning with a youth deeply influenced by his early tennis mentor and the death of his mother.  Viewers see how Ashe’s elegant technical form helped him play at the highest of elite levels in tennis, a sport which, even today, has few non-white professional players.

“It is an honor to raise the story of Arthur Ashe; a champion of human rights who used his platform to fight against social injustice with grace, dignity, and courage,” said Hubbard.

“Arthur’s story is so inspiring and relevant to what’s happening today.  It’s been an extraordinary journey to produce this film with Beth Hubbard, and I couldn’t think of better partners than CNN Films and HBO Max to bring it to an audience,” said Godas.

“Rex, Sam, Beth, and Anna, have made an inspirational film that reveals a complex, brilliant athlete who used his celebrity to focus attention on injustice in America, and beyond,” said Amy Entelis, executive vice president for talent and content development for CNN Worldwide and an executive producer for CITIZEN ASHE.  “Every person who seeks to make a difference in the world will be moved by the stirring example of Arthur Ashe,” Entelis said.

Contemporary interviews with Ashe’s widow, Jeanne Moutousammy-Ashe, his brother, Johnnie Ashe, as well as fellow tennis legends Billie Jean King, John McEnroe, Donald Dell, and Lenny Simpson, and activist Prof. Harry Edwards, illustrate the cultural resonance of Ashe’s historic Grand Slam wins, and how he managed a quiet, stoic dignity in public, despite the racism he endured throughout his life and career.

“We are so excited to be partnering with Rex, Sam, Beth, and the filmmaking teams at Dogwoof, Rexpix, and Stick Figure Productions to tell Arthur Ashe’s incredible story.  His inspiring work as an athlete and activist is what makes this project meaningful and we look forward to sharing Ashe’s story through CNN Films and HBO Max,” said Emmy® and Tony Award-winning producer Mike Jackson on behalf of Get Lifted Film Co. and his partners, Academy, Emmy®, Grammy, and Tony Award- winner John Legend and Emmy® Award- winning producer Ty Stiklorius.

This distribution deal for CITIZEN ASHE was negotiated by Anna Godas, on behalf of Dogwoof Ltd. and the filmmakers.  Stacey Wolf, senior vice president of business affairs, and Kelly MacLanahan, assistant general counsel, both of CNN Worldwide, negotiated on behalf of CNN Films.

In addition to CITIZEN ASHE, Dogwoof and CNN Films also previously collaborated for FRESH DRESSED, about the intersection of hip hop culture, music, and fashion, directed by Sacha Jenkins, and HALSTON, about the groundbreaking American fashion designer, directed by Frédéric Tchen.  Both documentaries premiered at Sundance prior to their exhibitions in theaters and on CNN.

About Get Lifted Film Co.

Get Lifted Film Co. is led by Emmy® and Tony® Award-winning producer Mike Jackson, EGOT recipient and award-winning producer John Legend, and Emmy® Award-winner and CEO of the entertainment management and social-impact company Friends At Work, Ty Stiklorius. Get Lifted has developed television projects with major networks including ABC, NBC, FOX, HBO, Showtime, Netflix and MTV. Most recently, Get Lifted produced the HBO documentary THE LEGEND OF THE UNDERGROUND, which had its world premiere at the 2021 Tribeca Film Festival, and the documentary feature A CRIME ON THE BAYOU. Get Lifted produced the NAACP Award-nominated JINGLE JANGLE: A CHRISTMAS JOURNEY for Netflix, the HBO, IDA Award-winning docu-series ATLANTA’S MISSING AND MURDERED: THE LOST CHILDREN, the IFC and AMC comedy series SHERMAN’S SHOWCASE and SHERMAN’S SHOWCASE: BLACK HISTORY MONTH SPECTACULAR, and Netflix’s RHYTHM + FLOW. They also produced the documentary 40 YEARS A PRISONER on HBO Max, the Netflix documentary GIVING VOICE and the Netflix film MONSTER. Their upcoming projects include the film adaptation of S.A. Cosby’s novel BLACKTOP WASTELAND. Recently announced, Get Lifted and Erik Feig’s PICTURESTART formed Picture LIFT, a joint venture focused on developing, producing and financing multiple films in the $10M range, featuring diverse filmmakers and inclusive casts.