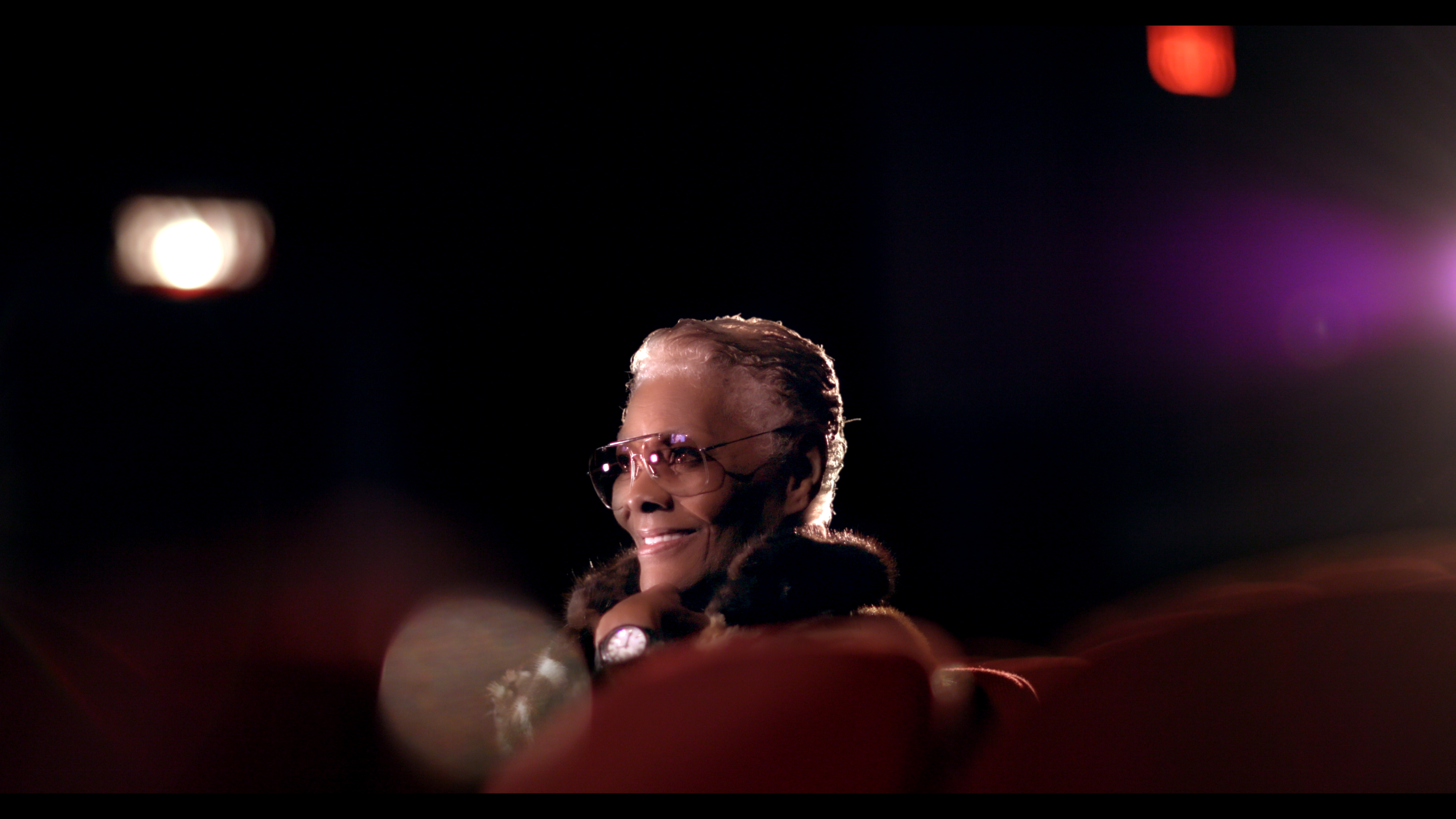 CNN+ to Premiere DIONNE WARWICK: DON’T MAKE ME OVER for CNN Films

The “Heartbreaker,” “That’s What Friends Are For,” “I Say A Little Prayer” Music Icon and Humanitarian is Profiled in New Doc for CNN Films

CNN Films announced today it has acquired the critically-acclaimed, award-winning, fan and festival favorite, DIONNE WARWICK: Don’t Make Me Over.  The documentary will be among the first films to premiere on CNN+, CNN’s highly-anticipated streaming service debuting this spring.  Produced, directed, and written by Dave Wooley, and directed by David Heilbroner, DIONNE WARWICK: Don’t Make Me Over is a deeply personal, intimate portrait of the velvet-voiced songstress.  The film yields insights into Warwick’s rise to music superstardom from singing in her grandfather’s church, to her life beyond the lights standing up to discrimination in America and around the world.

Speaking on behalf of the filmmakers, Dave Wooley, said, “There have been many words to describe Dionne Warwick, however, for me, it comes down to one word: ‘genius.’”  Wooley, who directed DIONNE WARWICK: Don’t Make Me Over with David Heilbroner, says his research for the film reveals Warwick as “a deeply ‘transformational leader.’  Her extraordinary voice is a gift that she uses for her art, and always also as an instrument for creating positive change, compassion, and social justice, wherever she is.”

Warwick became the very first solo African American female artist to win a Grammy® in contemporary vocal performance, for 1968’s “Do You Know The Way To San Jose.”  The song became so ubiquitous, former President and musician Bill Clinton describes how it inspired a road trip for him.  Dionne Warwick has earned six Grammy®  Awards, with 14 nominations, to date.

Throughout the film, Warwick takes viewers on her own trip through time, sometimes narrating over archival footage, sometimes literally visiting and describing locations of key importance to her life and career.  From East Orange, NJ, to the Apollo Theater in Harlem, NY, to the capitals of Europe, and back home again, the film includes rare interviews with those who know Warwick best: her two sons, Damon and David Elliott; Warwick’s aunt, Cissy Houston; and long-time collaborators, Burt Bacharach and Clive Davis.  And, in an emotional archival interview, Whitney Houston reflects upon her appreciation for her cousin’s talent and mentorship.

“Dionne Warwick is legendary not only because of her tremendous musicality, but also because she has had an immense impact on American and global culture,” said Courtney Sexton, senior vice president for CNN Films, who along with Amy Entelis, executive vice president of talent and content development for CNN Worldwide, acquired the documentary for debut on CNN+.  “From exploring her contributions to racial justice, compassion for the HIV/AIDS community, and her work to expand LGBTQ+ equality, the filmmakers have created a beautiful film that recognizes her legacy in full,” Sexton said.

Warwick’s grace, grit, and glamour shine through in contemporary exclusives with fellow music legends Snoop Dogg, Gloria Estefan, Berry Gordy, Quincy Jones, Alicia Keys, Gladys Knight, Olivia Newton-John, Smokey Robinson, Carlos Santana, Valerie Simpson, and Stevie Wonder, who discussed what Warwick has meant to the industry, and the wider culture.  Beyond admiring Warwick’s technical gifts, each artist hailed Warwick’s determined dignity, rising above, and despite racism within the music industry, in America, and around the world.

As music tastes and styles changed through the decades, Warwick’s style has also adapted and evolved.  For her first debut single, which shares its title with that of the documentary, Warwick emerged from singing backup vocals to the spotlight as a soulful solo star.  That single, “Don’t Make Me Over,” was inspired by Warwick’s reproach of producer Bacharach for reassigning a potential hit song to another artist.  Warwick notes for the film how style advice from Marlene Dietrich helped her define her first world tour as a refined event showcase of her elegant early ballads.  Recording “Alfie” and “Theme From Valley of the Dolls,” for movies further broadened her popular appeal.  Still later, Bacharach, with Barry Gibb of the supergroup Bee Gees, describe how they worked with Warwick to develop the global chart-topper, “Heartbreaker,” ushering in yet another new chapter in her career.

As the AIDS era loomed, Sir Elton John and Kenneth Cole detailed how “That’s What Friends Are For,” came together as an iconic anthem urging love and compassion.  Warwick, an early advocate for HIV/AIDS awareness and empathy, was instrumental in bringing together a celebrated group of artists for a renowned recording session that has raised awareness, and millions, for the American Foundation for AIDS Research (AmFAR).

In recent years, Warwick’s popularity has extended to a whole new generation of fans through her quippy commentary on Twitter, and her embrace of a series of affectionate impersonations on Saturday Night Live that even led to a surprise appearance on the late night comedy show.

The deal for DIONNE WARWICK: Don’t Make Me Over was negotiated by Stacey Wolf, senior vice president of business affairs for CNN Worldwide, on behalf of CNN Films and CNN+.  Endeavor Content and Mister Smith brokered the deal on behalf of the filmmakers.  Mister Smith will launch international sales at the 72nd Berlin International Film Festival, Berlinale European Film Market, this week.

More information about CNN Films on CNN+ will be available in the weeks ahead.  Set to debut in Q1 2022, announcements made to date about CNN+ can be found via the CNN Press Room.

CNN+ is CNN Worldwide’s subscription streaming service launching in Q1 2022. It will feature new, live, on demand and interactive programming as a standalone direct-to-consumer service with offerings that are separate and distinct from CNN, CNN International, HLN and CNN en Español linear TV channels. At launch, 8-12 hours of live, daily programming from some of CNN’s favorite anchors and new talent will be available throughout the week, alongside a thriving community component for fans to engage with the content. Unlike anything else on the market, CNN+ taps into CNN’s credibility, expertise, and CNN talent to deliver an additive experience to what pay TV subscribers get on-air and for free online.