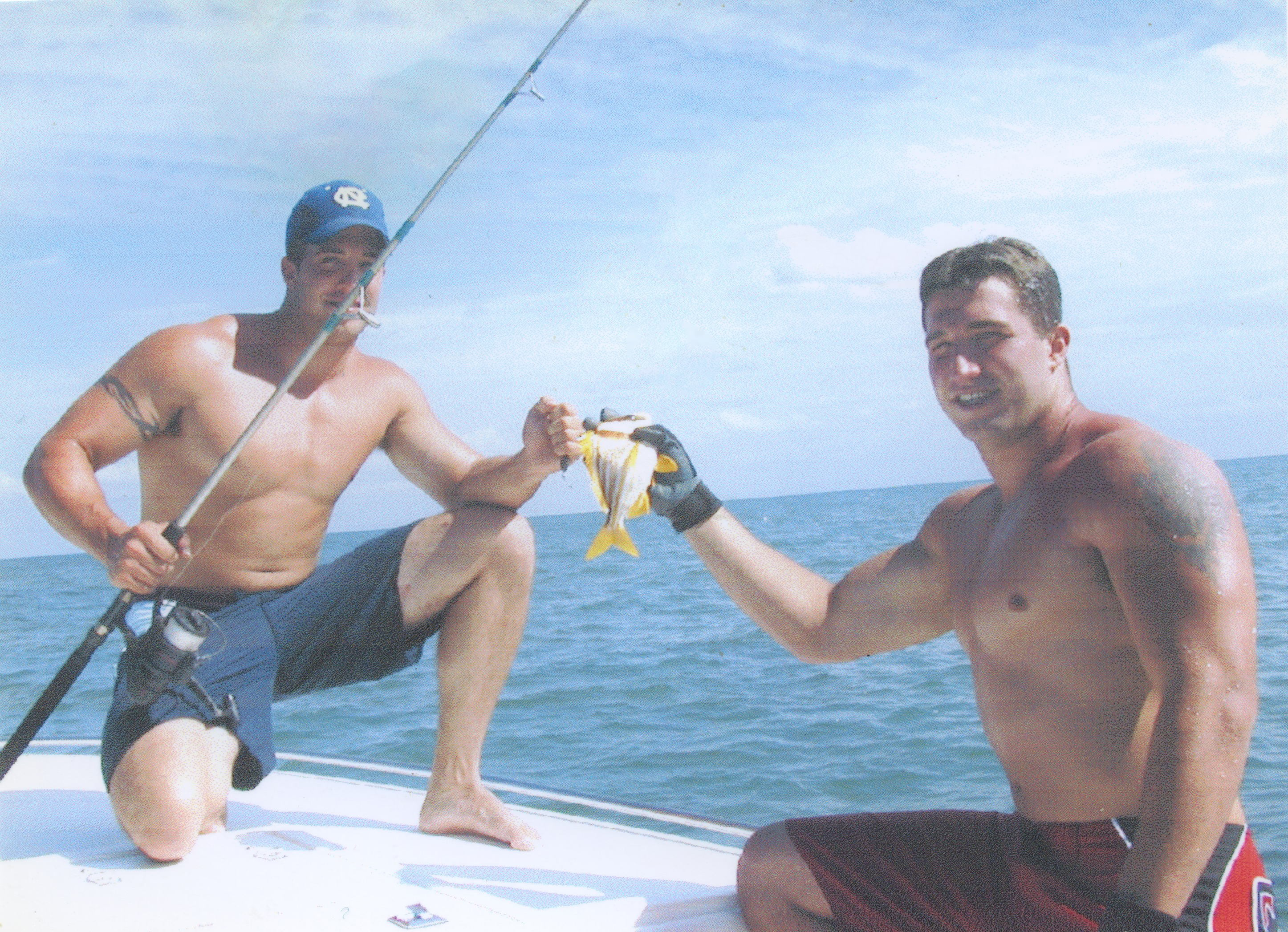 Presented In Association With TIME Studios, The Film Tells The Story Of The Rise And FBI Takedown Of America’s Notorious Opioid Kingpins Who Trafficked More Than $500 Million In Pills

CNN Films and HBO Max, in association with TIME Studios, have commissioned a new true crime tale, American Pain, directed by Emmy® Award-winner Darren Foster and produced by Motto Pictures, Muck Media, and Fishbowl Films that traces the rise and fall of Chris and Jeff George, identical twins who are believed to be America’s most prolific opioid kingpins.  In just a few short years of operation, the Georges ran a pill mill empire that attracted clients from around the country, and spawned a prescription drug trafficking network with an estimated street value of more than $500M.  The film will premiere at the 2022 Tribeca Film Festival in June, and is currently slated for release in 2023.

“The George brothers were early pioneers in Florida’s pill mill boom and kicked the door open for colorful imitators who together turned prescription painkillers into the greatest drug racket to hit the Sunshine State since the cocaine cowboys of the 1980s.  The big difference: this time, the suppliers weren’t some Colombian drug cartel; it was the U.S. pharmaceutical industry pumping out billions of powerful and addictive pills, unleashing the worst drug epidemic in American history.  I couldn’t be more grateful to CNN Films, HBO Max, TIME Studios, and my talented partners at Motto Pictures for helping me realize this wild tale,” said Foster, director of American Pain.

“With its ‘evil-twin’ characters and shocking narrative turns, Darren’s carefully-researched story is paced like a suspenseful page-turner.  The toll of the opioid epidemic on the nation is a vital story.  We are really pleased to re-team with Julie, Chris, and Carolyn to tell another compelling story of American life,” said Courtney Sexton, senior vice president for CNN Films.  Sexton and Amy Entelis, executive vice president for talent and content development for CNN Worldwide,   are executive producers for American Pain.

Foster’s crime fable unfolds across a sundrenched Florida landscape as identical twin brothers Jeff and Chris George seized an opportunity to expand their steroid business into the bigger bucks of opioid pain clinics.  Through a series of exclusive jailhouse interviews, the twins describe how they hired rogue physicians to prescribe alarming quantities of opioid painkillers to the maximum number of patients.

“At TIME, we look to share stories of individuals and communities that are reflective of larger societal issues.  American Pain is a remarkably compelling true crime story that sheds light on the opioid crisis like nothing we’ve seen before, exploring the pain of addiction and corruption through unforgettable characters.  Darren brings a sensitivity and dignity to this film – it’s truly stunning.  We are thrilled to be working with Motto Pictures, and to partner once again with CNN Films, on this exceptional project,” Alexandra Johnes, co-head of documentary for TIME Studios.

Foster’s mix of cinema verité, undercover footage, wiretaps, and direct-to-camera interviews with key players and rivals reveal how the brothers even used their own mother, and Chris’ girlfriend, to help manage the cash business and supervise the management of up to 500 patients per day.  Their greed and extravagant lifestyles attracted the attention of the FBI.

In only a few years of operation, the brothers were responsible for millions of doses of opioids released to patients by allegedly fabricating patient records.  Foster incorporates undercover video and interviews with federal agents to propel his fast-paced plot, describing how the criminal investigation took ever darker turns, as the Georges ran their business in a mob-like fashion, ruthlessly threatening competitors, while amassing a fortune from patients, even as dozens of their clientele were dying from overdoses.

Motto Pictures and CNN Films previously collaborated on Enlighten Us: The Rise and Fall of James Arthur Ray, directed by Jenny Carchman; and Love, Gilda, about the trailblazing comedienne, directed by Lisa D’Apolito.  CNN Films and TIME STUDIOS are executive producers for John Lewis: Good Trouble, about the life and legacy of the civil rights icon and federal legislator, directed by Dawn Porter; and GABBY GIFFORDS WON’T BACK DOWN, about the Congresswoman who survived an assassination attempt and, together with her husband, works to raise awareness to gun safety, directed by Academy Award®-nominated Betsy West and Julie Cohen.

The acquisition deal for American Pain was negotiated by Stacey Wolf, senior vice president of business affairs, and Kelly MacLanahan, assistant general counsel, both of CNN Worldwide, on behalf of CNN Films.

Motto Pictures is a documentary production company specializing in producing and executive producing documentary films and series, working with a line-up of talented and acclaimed filmmakers. Motto creatively develops films, secures financing and builds distribution strategies with an eye toward maximizing their position in the domestic and international markets. Motto has produced over 50 films  – including The Velvet Underground, The Mole Agent, Life, Animated, Abacus, Weiner, In The Same Breath – that have been featured at the most prestigious film festivals and distributed around the world, are Emmy, Peabody and duPont Award-winning and have been nominated for Academy Awards, Independent Spirit Awards, Gotham Awards and many other prestigious honors.

From one of the most globally iconic brands, TIME Studios is an Emmy Award®-winning television, film and immersive studio focusing on the development, production and distribution of truth-based premium unscripted and scripted premium storytelling that moves the world. With technical innovation and a brand defining visual language that dates back 99 years, TIME Studios aims to impact communities and the world at large with ideas that forge true progress. Combining the industry’s leading creators with TIME, one of the most trusted brands that reaches an audience of over 100 million people globally, TIME Studios is uniquely positioned to bring massive audiences to the world’s most impactful stories. Recent projects include, Black Gold (Paramount+), Big Vape (Netflix), John Lewis: Good Trouble (CNN Films), Amazing Grace (Neon), Ricky Powell: The Individualist (Showtime), Mass Effect: The Story of YouTube, Kid of the Year (Nickelodeon/CBS), TIME 100 (ABC) and the first scripted project for TIME Studios, Women of the Year (Amazon).