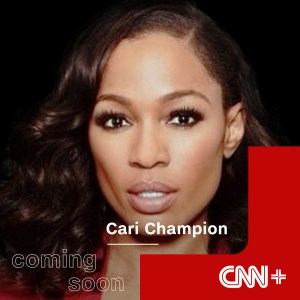 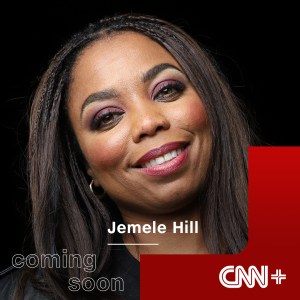 Award-winning broadcast journalists Cari Champion and Jemele Hill are joining CNN+ as hosts of a weekly show for the much-anticipated streaming subscription service debuting this spring.

On Cari & Jemele: Speak.Easy., the co-hosts toast and roast the stories that have everyone talking. From the biggest stories in sports, entertainment, politics, and culture, they’ll tell you how they see it. The show will contribute to CNN+’s slate of original, live programming and be available at launch.

“I’m so thrilled to join CNN+. The beauty and authenticity of my friendship with Jemele has always been at the heart of our creative partnership,” said Champion. “I couldn’t be more excited to be part of the CNN family and share our brand of ‘speakeasy’ with the world.”

“I believe the old adage is that if you work with one of your best friends, then you’ll never work a day in your life. While I made that up, there’s a certain magic that happens when Cari and I collaborate together,” Hill said. “The CNN family is a perfect partner for us because they understand our chemistry and appreciate that our boldness is our strength.”

The pair join CNN+ after collaborating on weekly talk show Cari and Jemele (Won’t) Stick to Sports on Vice TV. Both spent a number of years at ESPN; Hill spent nearly 12 years hosting SportsCenter, His and Hers and writing for The Undefeated, while Champion spent 8 years at the network in roles that included co-hosting SportsCenter Coast to Coast, host of SportsNation, and moderator of First Take.

Hill joins CNN+ from The Atlantic where she is a contributing writer. She also hosts the podcast Jemele Hill is Unbothered on Spotify. Prior to joining ESPN, Hill was the only African American female sports columnist in the country while at the Orlando Sentinel and has also covered sports for the Detroit Free Press and the Raleigh News & Observer. In 2018, the Emmy Award winner was named journalist of the year by the National Association of Black Journalists.

Champion is the host of podcast Naked with Cari Champion for iHeartRadio. Most recently, she was host of Turner Sports’ The Arena, which aired on TNT. In addition, she served as primetime co-anchor of Tokyo Tonight on NBC’s Peacock Channel during the 2020 (2021) Summer Olympic Games, as well as co-host for Season 2 of NBC’s reality competition series, The Titan Games. Champion was host for the Tennis Channel and also served as courtside reporter for the network.

More information about Champion and Hill’s show, additional hires and CNN+’s full lineup will be available in the weeks to come. CNN+ talent announcements made to date can be found on the CNN Press Room.