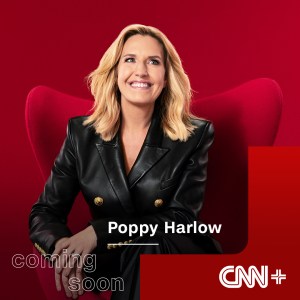 CNN Newsroom anchor Poppy Harlow will host a new series, Boss Files, on CNN+, the much-anticipated streaming subscription service that is set to debut this spring. Expanding on her successful podcast, Boss Files will focus on the biggest names in business and the stories behind their path to success.

What does it take to be the boss? Harlow will get the answers in this eight-episode series. Sit in on intimate conversations and confessions from today’s most influential leaders and learn how personal and professional struggles helped them get to where they are now.

She has been nominated for multiple Emmy® awards throughout her career and her reporting has won numerous industry awards, including the Gracie Award for Best online investigative feature on financial fraud, and SABEW’s Best in Business award for online video.

More information about Harlow’s series and CNN+’s full lineup will be available in the weeks to come. CNN+ announcements made to date can be found on the CNN Press Room.