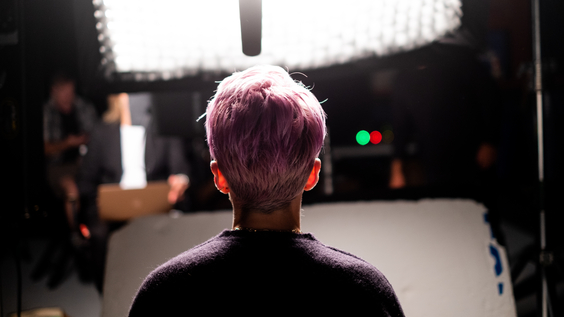 LFG is Produced by Everywoman Studios and Change Content, with Propagate, in Collaboration with CNN Films and HBO Max

CNN Films and HBO Max have teamed to offer a one-night-only, one-time-only, linear presentation of the film about the U.S. Women’s National Soccer Team’s ongoing fight for equal pay.  CNN will premiere LFG for broadcast on Monday, Sept. 6, at 9:00pm EDT.

LFG is directed by Academy Award® winners Andrea Nix Fine and Sean Fine (Inocente), and produced by the Fines and Abby Greensfelder, with Howard T. Owens and Ben Silverman serving as executive producers.  The documentary is an Everywoman Studios and Change Content production, in association with Propagate Content in collaboration with CNN Films and HBO Max.  LFG captures the multi-year journey of the players’ accounts of the class action pay discrimination legal suit against the U.S. Soccer Federation.

“CNN Films is thrilled to partner with HBO Max to be able to offer Andrea’s and Sean’s remarkable film about these inspiring leader-athletes to CNN viewers,” said Amy Entelis, executive vice president for talent and content development for CNN Worldwide.

The film features the resolute and resilient voices of players of the U.S. Women’s National Soccer Team (USWNT), including forward Jessica McDonald, midfielder Samantha Mewis, defender Kelley O’Hara, forward Christen Press, forward Megan Rapinoe, midfielder Becky Sauerbrunn, and former USWNT midfielder Julie Foudy, among others, as they describe their decision to work together as a team to address their experiences of gender discrimination and their goal to achieve pay equity for themselves and for future generations.  Co-lead counsels for the players, Jeffrey Kessler and Cardelle Spangler, describe the groundbreaking legal strategy of the players’ legal case for equity, and analyze the legal developments as the case proceeds.

Along the way, the players give human context to the high stakes for themselves and their abilities to make a living at the sport that they love.  Their moving experiences also highlight the sacrifices of elite athletes, as well as the impact of their work and activism upon their families as they make history, earn the 2019 World Cup, and train for the Olympic Games in Tokyo.

Currently exclusively streaming via HBO Max, LFG will also stream live for subscribers via CNNgo (www.CNN.com/go and via CNNgo apps for AppleTV, Roku, Amazon Fire, Samsung Smart TV, and Android TV) and on the CNN mobile apps for iOS and Android, during the Sept 6 broadcast premiere on CNN.  Following the one-night-only broadcast event, the film will return to exclusive access via HBO Max.  While watching the film, viewers can interact with others across social media platforms with the hashtag #LFGthemovie.

LFG is the third recent release of an original film through the production partnership between HBO Max and CNN Films.  Both On the Trail: Inside the 2020 Primaries, a documentary feature about the women journalists who reported on the 2020 U.S. presidential election for CNN, and Persona, about the ubiquitous nature of personality testing upon our careers and private relationships, were produced by CNN Films for HBO Max, and are now available for streaming exclusively via HBO Max.

Andrea Nix Fine and Sean Fine are award-winning filmmakers and producers whose raw, intimate storytelling style has been hailed by critics as “visually ravishing” and “enormously spirit-raising.” Their documentary-short Inocente (a coming-of-age story centering on a 15-year-old homeless, undocumented female immigrant in California) won an Oscar® in 2013 and was the first crowdfunded film to earn such a distinction. Previously, the Fines’ first feature-length documentary War/Dance, about child soldiers in Uganda, was nominated for an Academy Award® in 2007 and their 2013 HBO film Life According to Sam, about Sam Berns and his family’s fight to overcome progeria, and won both a Peabody and Emmy® for Exceptional Merit in Documentary filmmaking. In 2021, the Fines launched their impact studio  Change Content with an edict to develop true stories into unforgettable narratives and docs that upend the way viewers think and feel about critical issues. They are proud to premiere LFG as the first of many projects that align with Change Content’s mission: True stories. True Impact.

Abby Greensfelder is the founder and CEO of Everywoman Studios, a full-service media company with a mission to tell female-focused, female-driven stories creating positive cultural impact. Greensfelder formerly co-founded the award-winning non-fiction production company Half Yard Productions, where she created global franchise Say Yes to the Dress for TLC; fan-favorite How the States Got Their Shapes for History; and the critically-acclaimed The Last Alaskans for Discovery.

Founded in 2015 by Ben Silverman and Howard T. Owens, who pioneered the global format business in the late 1990s, Propagate has offices in Los Angeles, New York and Paris. Its recent credits include the Emmy-nominated “Hillary” that premiered at Sundance and Berlin and now streams on Hulu, the recently aired “Notre Dame: Our Lady of Paris” on ABC and “Go-Big Show” on TBS, and the upcoming American adaptation of The Eurovision Song Contest. Propagate created and produced the podcast, “An Oral History of The Office” for Spotify. Propagate’s expanding portfolio of companies includes Electus, Big Breakfast, Notional, and talent management firms Artists First, Authentic Talent & Literary Management and Select Management.