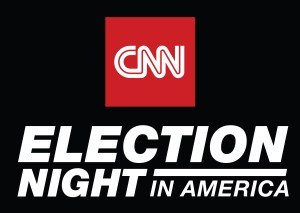 With the U.S. Senate up for grabs, CNN’s Election Night in America will provide viewers with the most comprehensive coverage and up-to-the-minute election results from all the key states and races across the country and from the Election Center in Washington. From Alaska to Iowa to Georgia, CNN’s unmatched political reporters will delve deep into the races that are pivotal in determining the power shift in the U.S. Senate.

CNN anchors Wolf Blitzer and Anderson Cooper will headline the network’s coverage, beginning at 5 p.m., along with chief Washington correspondent and anchor Jake Tapper providing political expertise and analysis on gubernatorial projections and candidate speeches throughout the evening. Chief national correspondent John King will once again utilize the “CNN Magic Wall,” featuring new advancements that include improved visual performance and graphics customized to communicate data results in real-time. Kicking off the day’s Election coverage, Early Start anchors John Berman and Christine Romans will begin special coverage at 5 a.m., followed by New Day with Chris Cuomo, Michaela Pereira and Alisyn Camerota at 6 a.m. Throughout the day, more than two-dozen reporters will give viewers a behind-the-scenes look at where voters cast their ballots and where the votes are counted. Viewers will also get a peek inside campaign headquarters across the country of more than a dozen candidates.

Chief political analyst Gloria Borger and senior political analyst David Gergen will join the team to provide in-depth analysis as exit polls are released and projections are made. In addition, chief congressional correspondent Dana Bash and chief political correspondent Candy Crowley will offer their campaign experience and insight late into the evening. Bash will also have rare access inside the war rooms at both the RNC and the DNC as the political parties track results and data from around the country.

Continuing with the “CNN Magic Wall” tradition that began during the 2008 primaries, King will debut a new broadcast companion, “My CNN Magic Wall.” This new online application, developed by Microsoft, enables viewers to engage with the network’s coverage while exploring data and projections in real-time with 3D data visualizations and advanced touch functionality.

Correspondent Tom Foreman will take viewers inside the virtual Senate and the U.S House, allowing viewers to visualize the balance of power in the Congress and foresee the consequences of a Democratic or Republican-controlled Senate.

On Election Night, CNN will take over the Empire State Building to display U.S. Senate vote results to New Yorkers first-hand as well as to viewers nationwide via CNN’s telecast. As the Senate results are projected and allocated to candidates, a vertical LED-illuminated “meter” located atop the spire of the building will ascend in either red or blue—reflective of the party. Once an illuminated color—red or blue—reaches the top of the spire, that party will take control of the Senate. Beginning at 6 p.m. and throughout the evening, viewers are invited to be a part of CNN’s coverage by tagging photos of the Empire State Building with #CNNElection on either Instagram and Twitter.

The #1 most consumed news website in the U.S. will feature breaking election results, enterprise reporting and analysis, polling and a live social stream on CNNPolitics.com, bringing the best and most accurate results to users straight from the field. Peter Hamby’s Hambycast will also break down Election Night results as they stream in, live from the Election Center in Washington, beginning at 8 p.m.

Until every last vote is counted, CNN will keep tabs on races and overall election night results. Join in on the conversation using use #CNNElection and follow CNN Politics on Twitter @CNNPolitics, Facebook.com/CNNPolitics, Instagram @CNNPolitics, Vine.com/CNNPolitics, and Tumblr. CNN’s award-winning Election Night coverage and complementary content can also be viewed at CNN.com/go by logging in through a cable or satellite provider.

CNN International, which reaches more than 280 million households around the world, will broadcast CNN’s coverage of the midterm elections starting at 7 p.m., carrying it until the results are in.