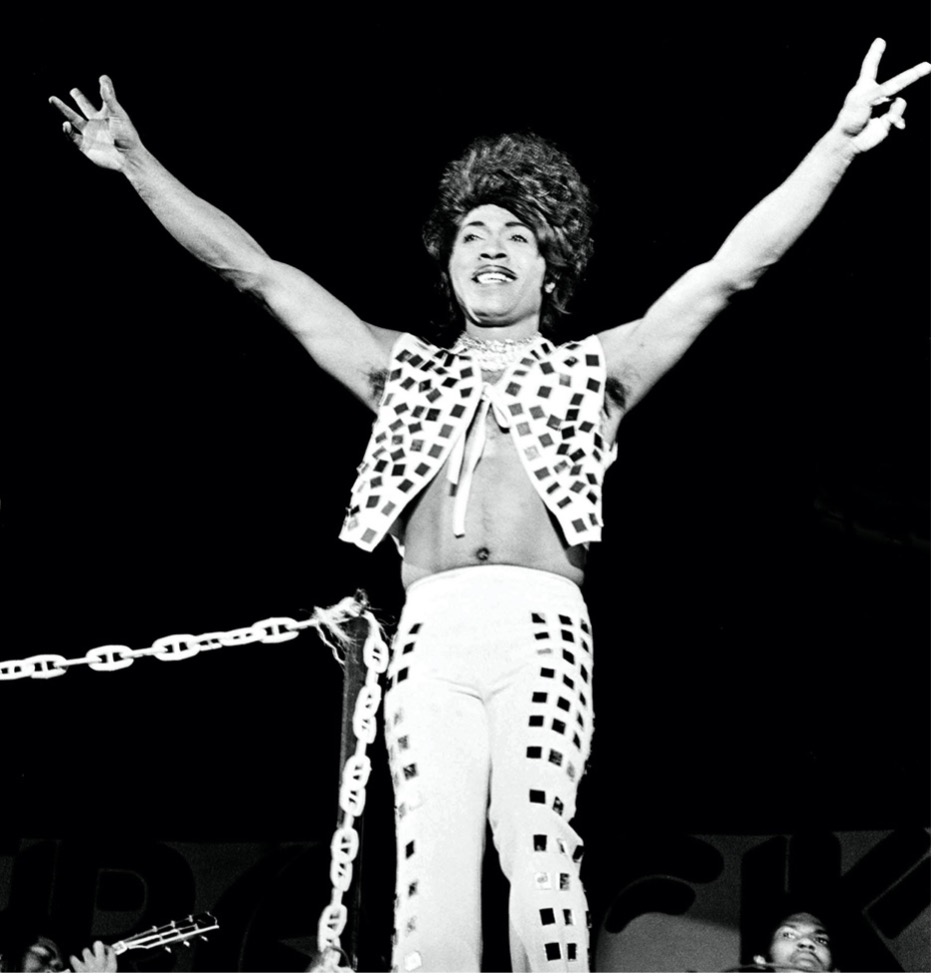 NEW YORK, NY (January 20, 2023) – Magnolia Pictures announced today that they have acquired worldwide rights from CNN Films to director Lisa Cortés’ LITTLE RICHARD: I AM EVERYTHING, following its world-premiere as the opening night selection of Sundance in the US Documentary Competition section. Produced by Bungalow Media + Entertainment for CNN Films and HBO Max, in association with Rolling Stone Films, and executive produced by Dee Rees, the film tells the story of the Black queer origins of rock n’ roll, exploding the whitewashed canon of American pop music to reveal the innovator – the originator – Richard Penniman. Magnolia plans to release the film in April.

Through a wealth of archive and performance that brings us into Richard’s complicated inner world, LITTLE RICHARD: I AM EVERYTHING unspools the icon’s life story with all its switchbacks and contradictions.  In interviews with family, musicians, and cutting-edge Black and queer scholars, the film reveals how Richard created an art form for ultimate self-expression, yet what he gave to the world he was never able to give to himself.  Throughout his life, Richard careened like a shiny cracked pinball between God, sex and rock n’ roll.  The world tried to put him in a box, but Richard was an omni being who contained multitudes – he was unabashedly everything.

“Little Richard is the true king of rock and roll, the alpha and omega of wild, rhythm-based music,” said Magnolia Pictures President Eamonn Bowles. “Lisa Cortés does the legend proud, getting the true story that celebrates this icon who shook the culture in so many ways.”

“Rock n’ roll, race, and queerness are core to our culture — and our culture wars,” observed director Lisa Cortés. “Little Richard changed America’s notions of all three. I’m thrilled that Magnolia Pictures is bringing this raucous, revolutionary icon to the world at this moment, when his journey could not be more relevant.”

“We are delighted to partner with Magnolia Pictures to bring Lisa Cortés’ cinematic rhapsody to theaters, giving audiences around the world a front row seat to celebrate the wildly talented Little Richard and his enduring legacy,” said Amy Entelis, executive vice president for talent and content development, CNN Worldwide.

“While people around the world grew up on Little Richard’s music, few are aware of his story in general and his influence in particular on pop culture,” said producer Robert Friedman. “This film is both an inspiring and entertaining journey through the many decades of his career, finally giving him the recognition he deserves as the “king” of rock and roll.”

About CNN Films
The CNN Films group develops and produces nonfiction feature and short films for television, streaming, theatrical distribution, and festival exhibition. Amy Entelis, executive vice president of talent and content development, oversees CNN Original Series and CNN Films for CNN Worldwide. Alexandra Hannibal, vice president of CNN Films, supervises production of CNN Films. Since 2012, the team has produced over 60 feature-length and shorts for CNN Films, including Navalny, directed by Daniel Roher, about the attempted assassination of Russian opposition leader, Alexey Navalny, which won the Audience Award at the 2022 Sundance Film Festival; The Last Movie Stars, directed by Ethan Hawke about the lives and careers of actors and humanitarians Joanne Woodward and Paul Newman, which is available on HBO Max; Gabby Giffords Won’t Back Down, directed by Emmy® Award winners Julie Cohen and Betsy West; Emmy® Award-winner Dreamland: The Burning Of Black Wall Street, directed by Salima Koroma; Three Identical Strangers, directed by Tim Wardle, nominated for an Emmy® Award and a BAFTA; Linda Ronstadt: The Sound Of My Voice, which won Best Music Film at the 63rd Annual Grammy® Awards; the Primetime Emmy® Award-winning RBG which was also nominated for an Academy Award® and a BAFTA; and Apollo 11, directed by Todd Douglas Miller and nominated for five Primetime Emmy® Awards; and many others. CNN Films can be found on CNN, the CNN Originals hub on discovery+, HBO Max, and for pay TV subscription via CNN.com, CNN apps and cable operator platforms. For more information about CNN Films, please follow @CNNFilms via Twitter, and join Keep Watching, an exclusive, members-only community that enables fans to stay engaged with their favorite CNN Original Series & Films https://cnn.it/3qOXGNz.

About LISA CORTÉS
Lisa Cortés is an Academy Award® nominated and Emmy-winning producer and director. In 2020, Cortés co-directed All In: The Fight For Democracy. Her upcoming film directing credits include Little Richard: I Am Everything, a documentary about the transgressive rock ‘n’ roll icon, which will premiere in the U.S. Documentary Competition section at the 2023 Sundance Film Festival. Also premiering at Sundance is the film Invisible Beauty, produced by Cortés, which tells the story of Bethann Hardison, a fashion revolutionary and racial justice trailblazer in her industry for over five decades. In 2020, Cortés co-directed All In: The Fight For Democracy, tracing the violent history of the voting rights struggle. Emmy-winning HBO documentary, The Apollo, (2019) which Cortés produced, explores African American cultural and political history through the story of the legendary Apollo Theater. The film Precious (2009), which she executive produced, received the Sundance Audience Award and Grand Jury Prize for best drama. Precious was nominated for six Academy Awards® and won two. Her film productions have received over 80 international awards and nominations. Cortés’s early career as a music executive was launched at the iconic Def Jam label and Rush Artist Management; she also was VP of Artist & Repertoire at Mercury Records and founded the Loose Cannon label. Cortés is a member of the Producers Branch of the Academy of Motion Picture Arts and Sciences.

Founded in 2013 by CEO Robert Friedman, Bungalow Media + Entertainment is an Emmy Award-winning integrated entertainment company that develops, produces and distributes content across all media platforms. Bungalow’s recently produced series and films include Little Richard: I Am Everything for CNN Films/HBOMax, Serving the Hamptons for HBOMax, It Couldn’t Happen Here for SundanceTV and AMC+, the four-part mini-series Surviving Jeffrey Epstein for Lifetime, the five-part mini-series The Preppy Murder for AMC/Sundance, The Panama Papers for EPIX, and Roswell: The First Witness for History. Additional credits include Emmy-Award winning GIVE for NBC, Corvette Heroes for the History Channel, Landmarks Live in Concert for PBS, 36 Hours with the New York Times for Travel Channel, and scripted dramas APB on Fox, Netflix’s Insatiable, and Amazon’s Modern Love. Bungalow has also produced the feature documentaries The Devil Made Me Do It for Discovery+, Spring Broke on Showtime, We the People: The Market Basket Effect, and the Clive Owen’s feature film, The Confirmation, among others.

About ROLLING STONE FILMS
Five decades since its founding, Rolling Stone remains the leading authority in music, entertainment and pop culture, reaching a global audience of more than 60 million readers, viewers and listeners each month. Rolling Stone Films, a new division of the storied brand, embraces and expands the mission of the publication, leveraging a rich archive of IP and original storytelling to illuminate the culture of our times, with premium documentary and scripted films, television and podcasts. Led by Rolling Stone veteran Jason Fine, Rolling Stone Films has a slate of more than 25 new projects in development and production across film, TV and audio formats, for major networks and streaming platforms.