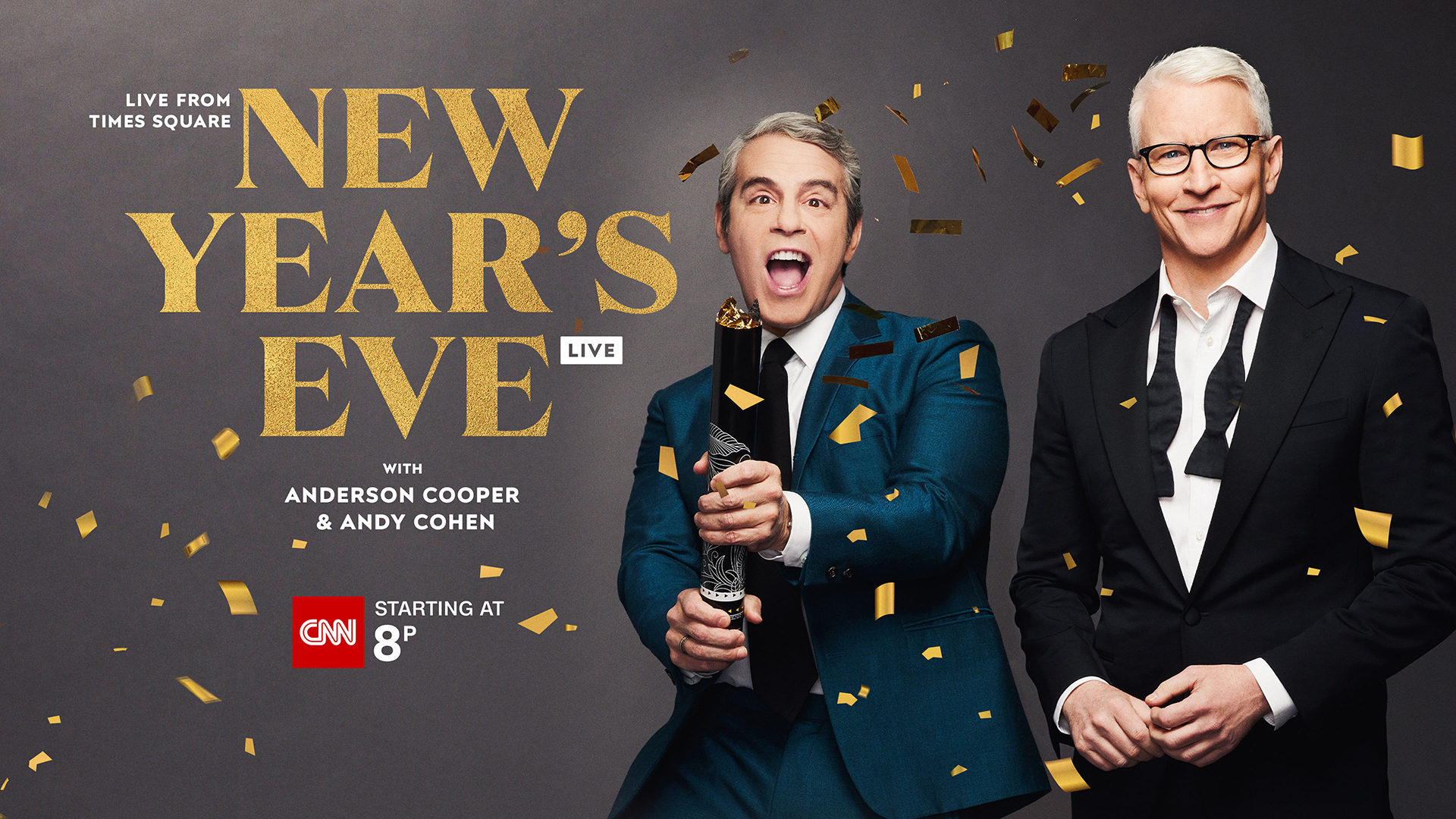 Ring in 2023 with Anderson Cooper and Andy Cohen

DON LEMON LIVE FROM NEW ORLEANS AT 12:30AM ET

Anderson Cooper and Andy Cohen are back to co-host CNN’s New Year’s Eve Live from New York City’s Times Square on Saturday, December 31 at 8pm ET. At 12:30am ET, they will hand over to CNN’s Don Lemon, who will be live in New Orleans as the Central Time Zone rings in the New Year.