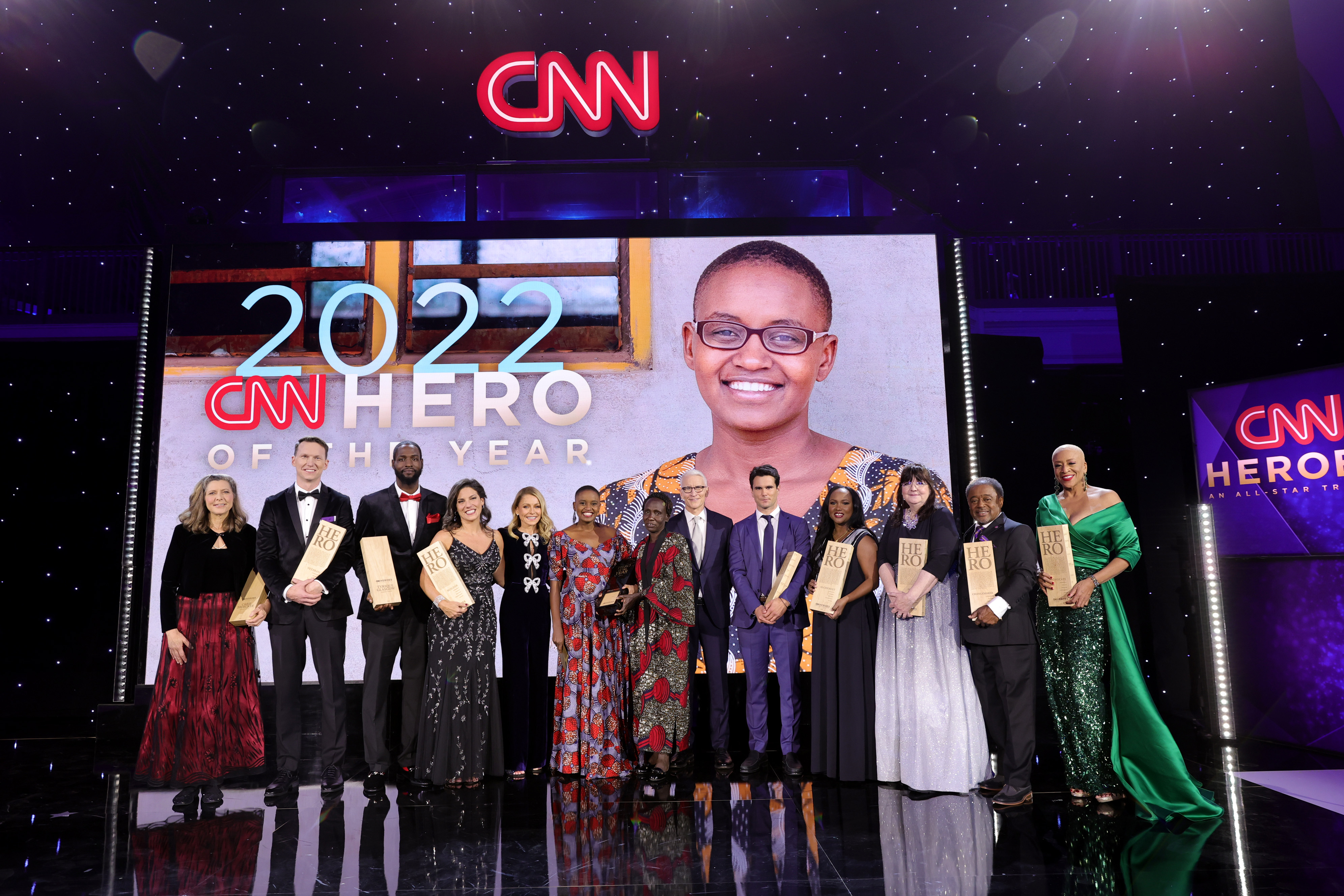 After growing up in poverty in Kenya, Nelly Cheboi found her passion in computer science. Since 2018, she has dedicated herself to bringing technology skills, education, and opportunities to kids in Kenya to help break the cycle of intergenerational poverty for a new generation.

She builds computer labs in rural classrooms using recycled computers, and to date, her organization, TechLit Africa, has reached 6,000 students, hired 15 teachers and works with 15 schools and counting.

Joined by her mother, Cheboi accepted the award in her honor. “I did not have much growing up, but I have had a lot of selfless people in my life.  My mom, the most selfless person in the world,” she said.

The Elevate Prize Foundation, whose mission is to create a fanbase for good and ignite a global movement for change, will provide all honorees with an unrestricted grant of $25,000, tailored capacity-building, and ongoing support. The CNN Hero of the Year, Cheboi will also be named as one of the Elevate Prize winners for 2023. As an Elevate Prize winner, Nelly Cheboi will be awarded with an unrestricted grant of $300,000 and supportive services valued at $200,000. The foundation will also host all Top 10 CNN Hero honorees at its annual Make Good Famous Summit in Miami, FL.

The 16th Annual CNN Heroes All-Star Tribute will stream live for subscribers via CNNgo (CNN.com/go and via CNNgo apps for Apple TV, Roku, Amazon Fire, Chromecast, Samsung Smart TV and Android TV) and on the CNN mobile apps for iOS and Android. The special will be available on demand beginning Monday, December 12th via cable/satellite systems, CNNgo platforms and CNN mobile apps.

CNN Worldwide is the most honored brand in cable news, reaching more individuals on television and online than any other cable news organization in the United States. Globally, CNN International is the most widely distributed news channel. CNN Digital is the #1 online news destination in the world, with more unique visitors, global unique visitors and video viewers than any other news source.  Additionally, CNN Newsource is the world’s most extensively utilized news service partnering with over 1,000 local and international news organizations around the world. CNN is a division of Warner Bros Discovery. More information about the CNN Heroes campaign may be found at www.CNNHeroes.com.