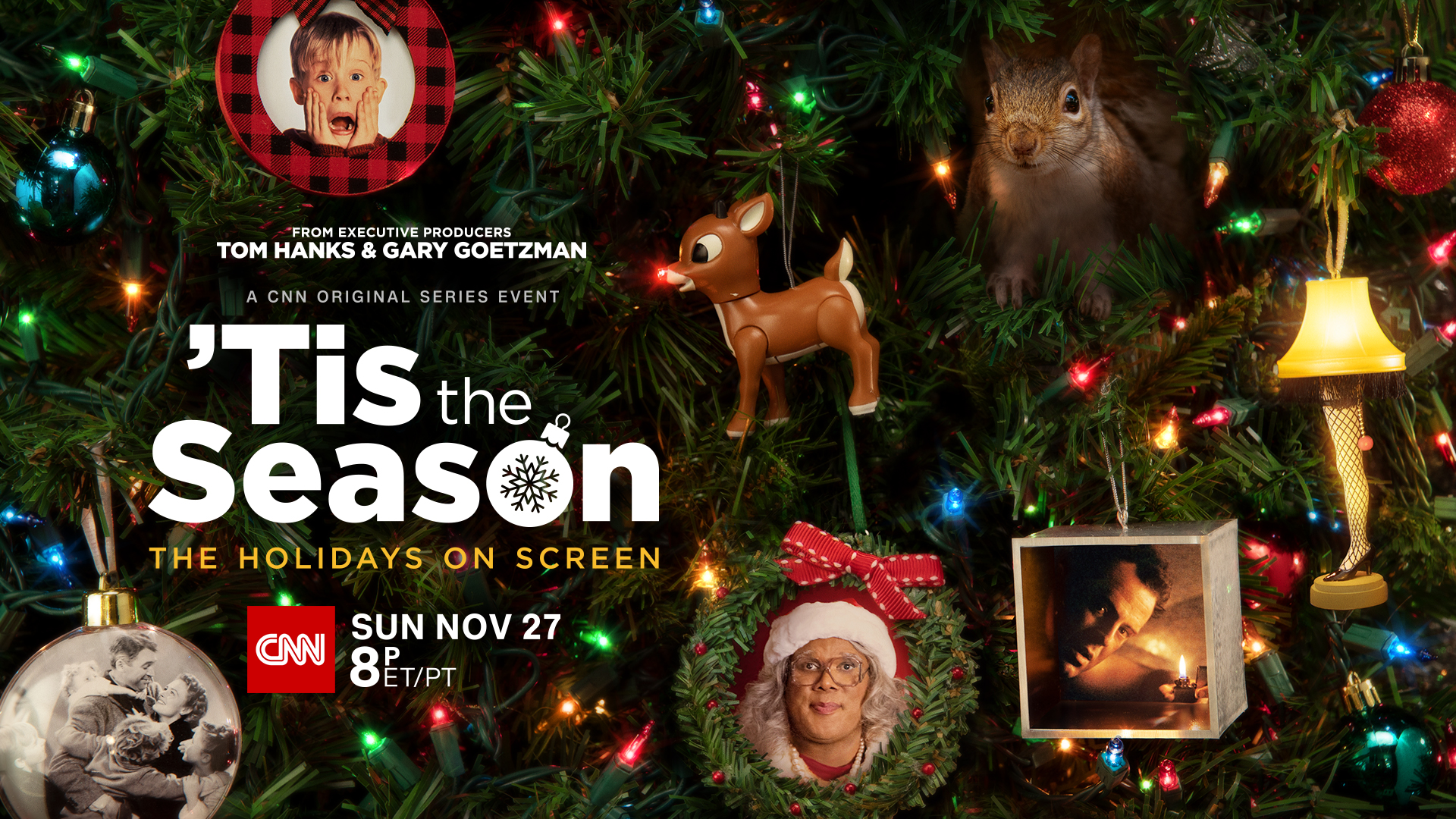 Tis the Season is a panoramic celebration of the beloved genre of holiday films and television specials. Featuring decades of rich archival footage and lively interviews with notable celebrities, directors, producers, film critics, historians and pop culture experts, this two-hour special unwraps the most memorable and festive moments on screen and explores why these projects continue to delight audiences, no matter what age.

Tis the Season is a continuation of CNN Original Series’ ongoing partnerships with Gary Goetzman and Tom Hanks’ Playtone, and Herzog & Company, which includes The Movies, 1968: The Year That Changed America, and the Primetime Emmy® Award nominated “Decades Series”: The Sixties, The Seventies, The Eighties, The Nineties, and The 2000s.