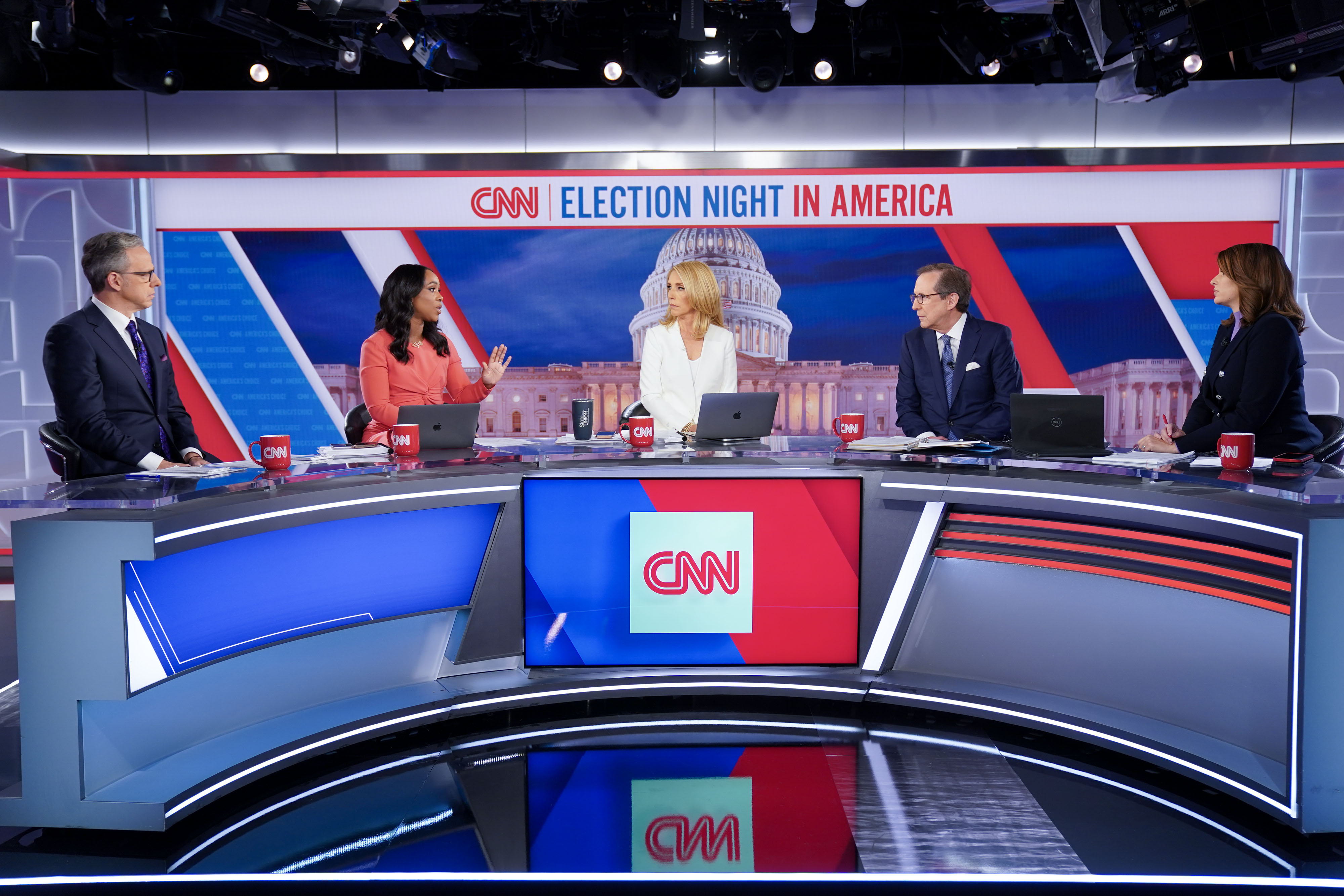 14.2 MILLION STARTS OF LIVE TV FEED ON CNN DIGITAL ON WEDNESDAY; UP FROM PRIOR DAY AND UP FROM 2020

As control of the Senate and House continued to hang in the balance, viewers turned to CNN on Wednesday, November 9 to get the facts in real time and hear directly from the CNN political team on the ground in Arizona, Georgia, Nevada, Pennsylvania, Wisconsin, and Michigan as the votes from the 2022 midterm election were counted and results came in.

CNN This Morning also had impressive performance delivering 235k in the demo, outpacing MSNBC’s Morning Joe (221k) by +7%. CNN This Morning was also up +164% from the previous day – the highest growth in cable news – as viewers tuned in for ongoing election updates.

On CNN’s digital platforms, there were 14.2 million starts of the live feed of CNN TV coverage (an unauthenticated live stream of CNN TV’s programming started at 9am ET Tuesday on CNN.com, CNN OTT and mobile apps under “TV Channels” and CNNgo where available and continued through midnight on Wednesday). The live stream of CNN’s coverage saw 201k concurrent viewers streaming at the 12:35 pm peak on Wednesday, Nov. 9th.

CNN’s television audience continues to be the youngest by far (62 years in primetime on Wednesday), 10 years younger than MSNBC (72), and seven years younger than Fox News (69). On election night, in addition to being the youngest, CNN had the most racially and ethnically diverse audience in cable news, reaching more Black, Asian/Pacific Islander, and Hispanic viewers than MSNBC and Fox News.

Historically, audiences stay with CNN Digital in massive numbers the day after an Election Day, with users seeking to understand and engage with the results as they continue to come in. That trend was even stronger in 2022 with 38.4 million unique visitors overall, a 12% increase from the 2022 midterm election day itself, and more than the day after the 2018 midterm election day (36.9M).

The audio of CNN’s Election Night in America continuing coverage also streamed on CNN’s channels on SiriusXM, Radio.com and TuneIn Radio, furthering reach of the coverage.

Photo highlights from CNN’s coverage are available for download and press usage here, with credit to CNN.

CNN’s teams will remain on the ground across the country in states where the results are not yet final to report live on the voting process itself and the state of play as those races are called.

This data is based on Nielsen Fast national data, which does not include out of home viewing.