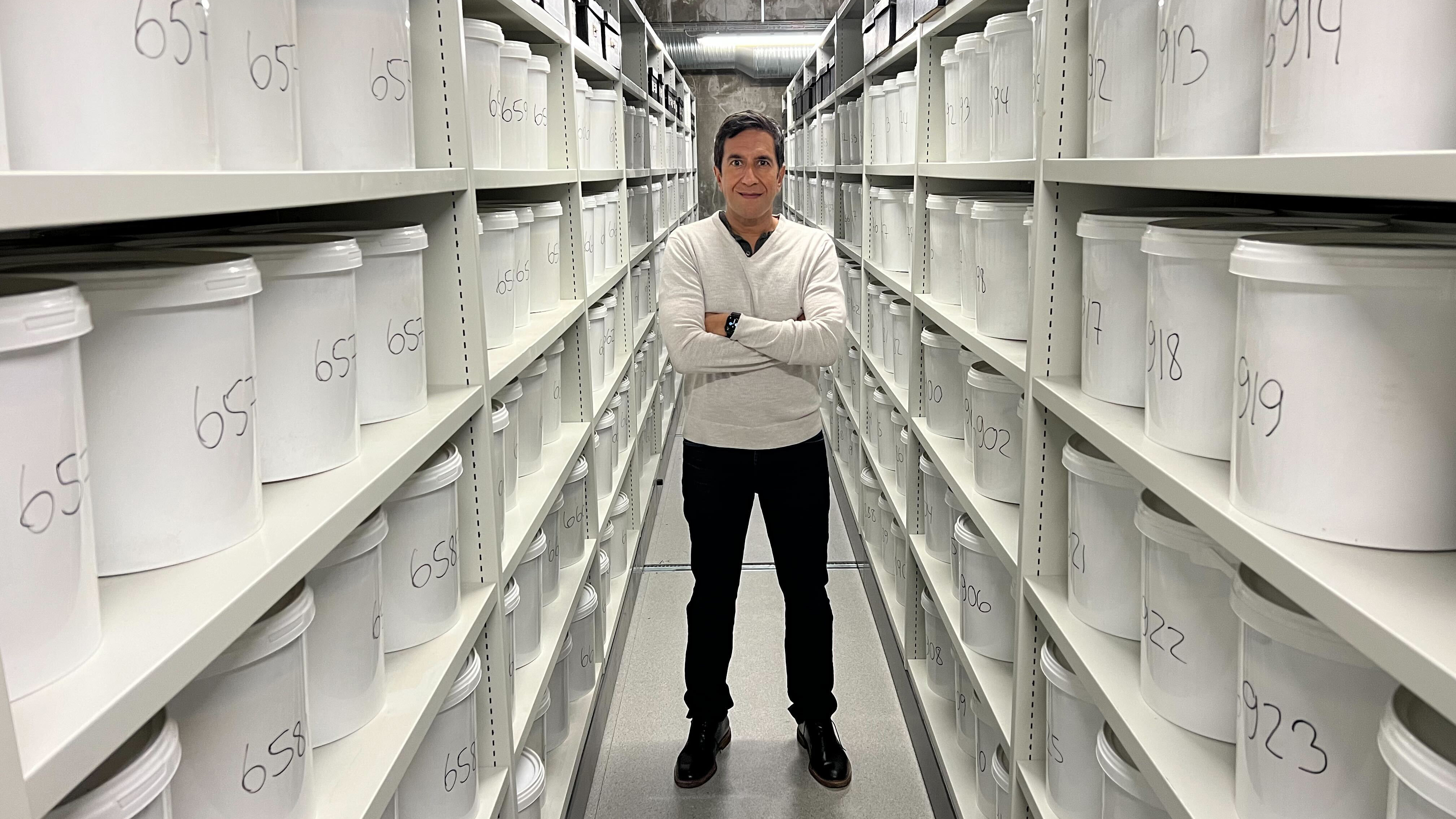 CNN’s Chief Medical Correspondent Dr. Sanjay Gupta travels to Denmark to uncover the dark origins and mysteries of what’s believed to be the largest collection of human brains anywhere in the world in a new hour-long special, World’s Untold Stories: The Brain Collectors, airing Saturday, November 12 at 1pm CET on CNN International.

Stored in the basement of a university in southern Denmark, nearly 10,000 brains sit in white plastic buckets on rolling shelves. The brains are from men and women who died in Danish psychiatric hospitals from 1945-1982, most taken without consent.

In this nearly year-long investigation, Gupta interviews Dr. Martin Wirenfeldt Nielsen, a pathologist and current director of the Brain Collection. Nielsen became the custodian of the brains several years ago when the University of Southern Denmark in the city of Odense took possession of the collection. There are 9,479 brains in Nielsen’s care, with roughly 5,500 brains with dementia, 1,400 with schizophrenia, 400 with bi-polar disorder, 300 with depression and more.

“Back then, [doctors] really had no idea about what these diseases were,” Nielsen said of the psychiatric disorders central to this decades-long brain bank. “We still know very little about them, but they knew that those diseases were in the brain. So they said ‘okay, we’ll gather all the expertise that we have to sort of help future patients in the same situation.’”

Gupta also speaks to Lise Søgaard, a Danish journalist who began tracking her family’s connection to the brain collection. She discovered her great aunt, Kirsten, was one of the many patients at Danish psychiatric hospitals who received treatment for her schizophrenia, including a lobotomy or ‘white cut’ as it’s commonly called in Denmark. Following her death in 1951 at just age 24, Kirsten’s brain was removed and sent to the brain collection, where it was transferred to bucket #738.

Gupta, a practicing neurosurgeon, later gets access to something he has never seen before – a brain that had undergone the ‘white cut.’ He explains the lobotomy is an integral part of Denmark’s psychiatric history as the country reportedly did more lobotomies per capita than any other country during the time the brain collection was running. Now considered barbaric, the procedure was developed by a Portuguese doctor who won the Nobel Prize for the procedure in 1949, not long before Kirsten underwent the ‘white cut’ herself.

“I don’t think that the doctors wanted to do bad. I think they actually wanted to do good and their actions were horrible,” Søgaard said. “And if we look at them today, you could say, ‘how could you do that?’ But they were a part of a system.”

World’s Untold Stories: The Brain Collectors airs at the following times: Saturday, November 12 at 12am, 7am and 10pm; and Sunday, November 13 at 11am, 4pm and 8pm. All times Eastern.