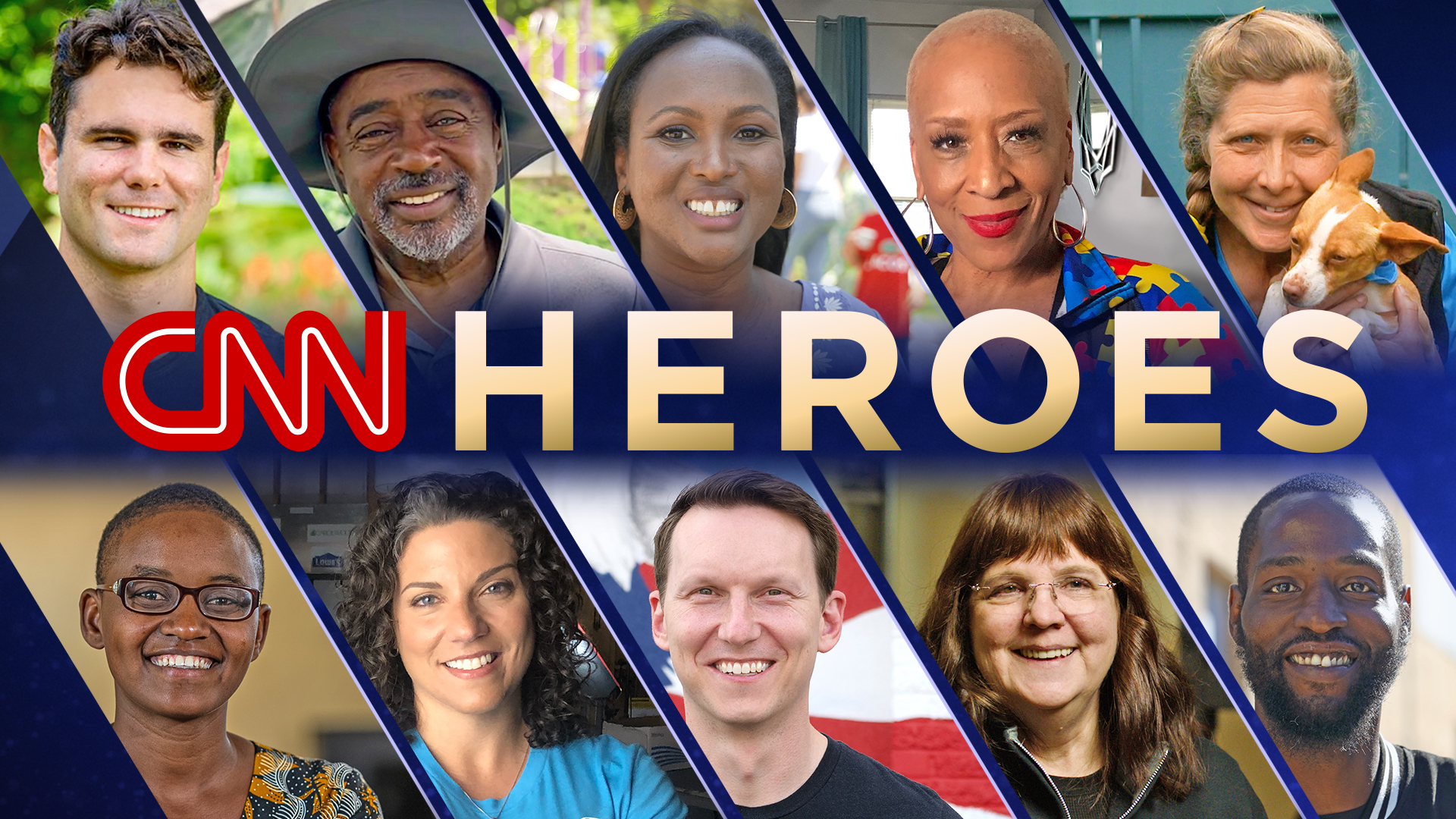 One hero helps fellow veterans heal the wounds of war through art and music, another upcycles tech to teach Kenya’s next generation, while another leads teams of medics into global hotspots. They help immigrants and refugees build new lives in the US, teach people how to grow and prepare their own healthy food, and give aging seniors peace of mind by caring for their beloved pets. These are just some of the ways in which this year’s Top 10 CNN Heroes have dedicated their lives to changing the world. The 2022 Top 10 CNN Heroes were revealed today by Anderson Cooper on CNN This Morning.

The Peabody and Emmy Award-winning campaign honors individuals who are making extraordinary contributions to help improve the lives of others. Cooper will be joined again this year by Kelly Ripa as co-host of CNN Heroes: An All-Star Tribute. The awards show, which celebrates all Top 10 honorees, will air Sunday, December 11th at 8pm ET live on CNN, CNN International and CNN en Español from the American Museum of Natural History in New York City.

Beginning today, viewers can select the CNN Hero of the Year by voting for the Top 10 CNN Hero who inspires them the most. Supporters can vote daily at CNNHeroes.com by logging in via email or Facebook. Viewers get 10 votes a day, every day through Tuesday, December 6th at 11:59pm PT. All 10 daily votes can be cast for one hero or divided among favorites.  Once again, viewers can also double their votes by rallying friends on social media.

This year, to provide additional programmatic and funding support, CNN Heroes is collaborating with The Elevate Prize Foundation. The CNN Hero of the Year will be named an Elevate Prize Winner and be awarded with a significant unrestricted grant and supportive services.  Additionally, all the honorees will receive a grant, organizational capacity-building and ongoing support from the foundation, whose mission is to amplify changemakers, drive meaningful impact and build a fanbase for good. They will also participate in the foundation’s annual Make Good Famous Summit in Miami, FL.

CNN has partnered with GoFundMe to enable donations to this year’s honorees and learn more about their stories. GoFundMe is the world’s largest fundraising platform that empowers people and charities to give and receive help. Supporters can make online donations to the Top 10 CNN Heroes’ nonprofit organizations directly from CNNHeroes.com.

CNN Heroes is honored to have the commitment of brand partners who return to sponsor the CNN Heroes event year after year, including Subaru of America, Inc., now in its fifteenth year of support, Humana and Novartis.