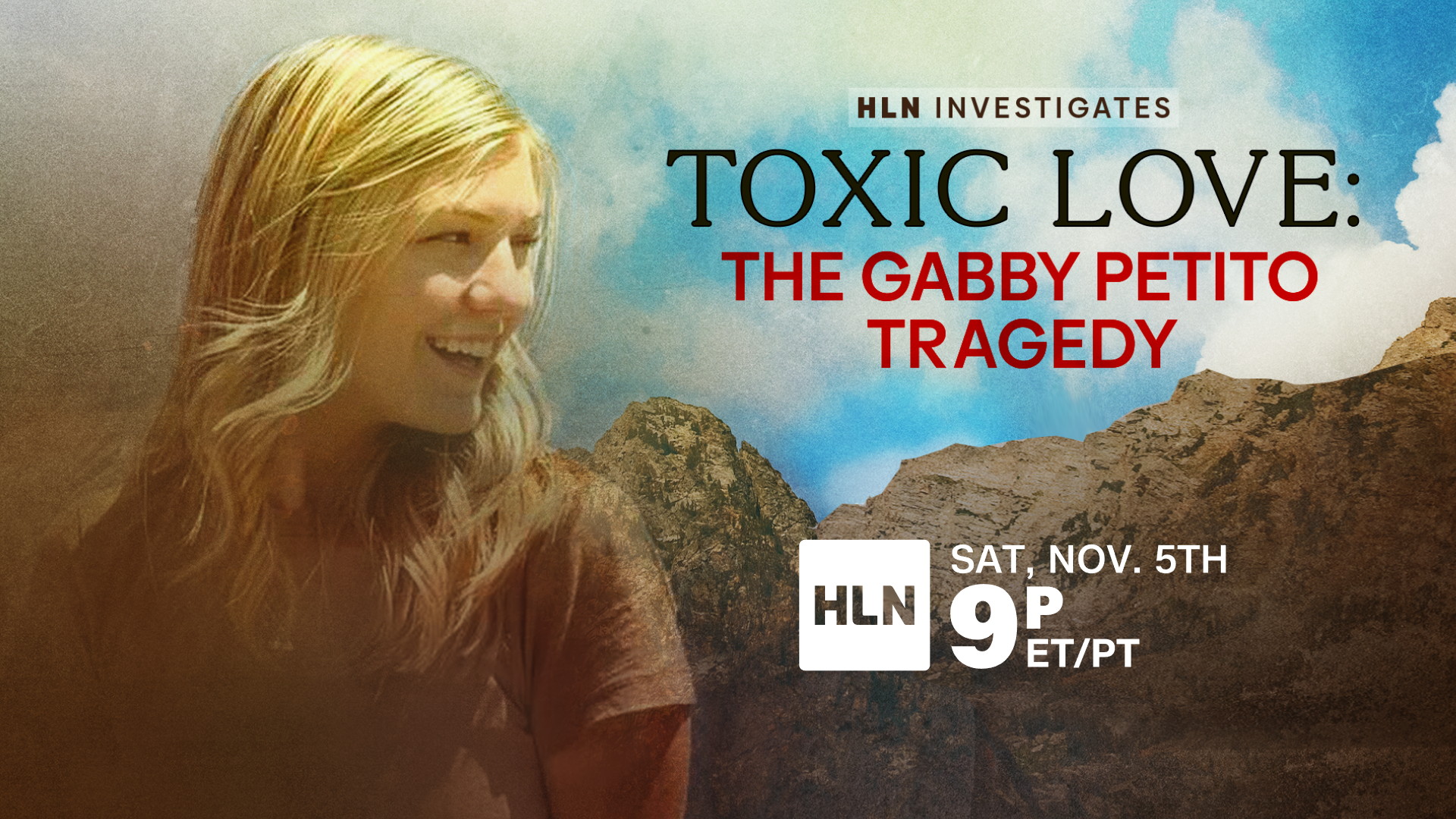 NEW YORK (October 25, 2022) – The newest installment in HLN Investigates, a series of investigative specials on the most topical events in true crime, will examine a heartrending case that has captured the nation’s attention for the last year. The two-hour special Toxic Love: The Gabby Petito Tragedy premieres on Saturday, November 5 at 9PM ET/PT on HLN.

22-year-old Gabby Petito vanished after taking a cross country road trip with her fiancé, Brian Laundrie. When he returned home to Florida without her, red flags and accusations began to fly. Her disappearance quickly went viral on social media, capturing the attention of the internet and ultimately leading to the discovery of her body thousands of miles away in the Wyoming wilderness. Did their toxic relationship lead to her violent death? Police reveal details behind that now famous traffic stop, and HLN producers trek through miles of national forest uncovering answers about Gabby’s final days.

“What started out as a cross country romantic getaway ended in homicide,” said Executive Producer Elizabeth Yuskaitis. “As more evidence came to light, viewers across the country have had more questions about the tragic circumstances surrounding Gabby Petito’s death. Featuring interviews with Joseph Petito, investigators on the case and local experts, Toxic Love: The Gabby Petito Tragedy is the definitive telling of everything we know so far.”