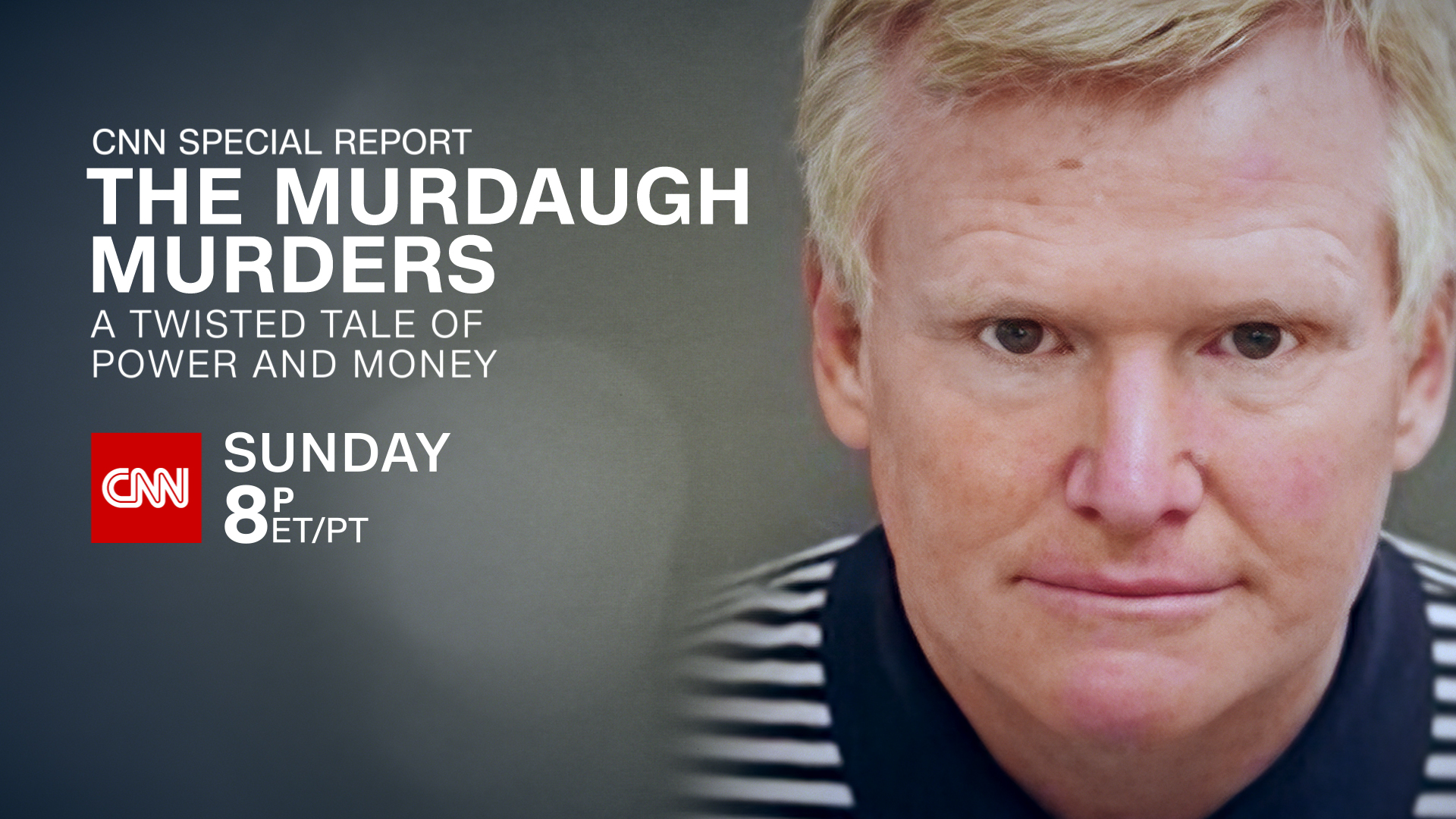 CNN Special Report: The Murdaugh Murders: A Twisted Tale of Power and Money

As Alex Murdaugh awaits his fate behind bars, many in South Carolina and around the country are left reeling with questions. Questions those following the alleged crimes including financial fraud and murder have been trying to answer. CNN’s Randi Kaye sits down with those closely tied to this mysterious saga unfolding in the low country as they take on these cases together, for the first time. The Murdaugh Murders: A Twisted Tale of Power and Money airs Sunday, Oct. 23rd at 8 PM/ET.

Together at a roundtable, Alex Murdaugh’s victim, alleged victims, their lawyers, and local reporters discuss the man who has changed their lives forever and the mystery that has shaken this community.

Local reporters who for years have been following every detail of this case talk Kaye through their coverage of the over 90 financial fraud charges Murdaugh is facing and the five mysterious deaths circling his orbit. Mandy Matney, the creator of the popular Murdaugh Murders podcast, Liz Farrell, her co-host, and John Monk, who has been reporting in South Carolina for nearly 50 years and is currently covering crime and the court system at The State newspaper also join Kaye at the round table.

Alleged victims that came together to discuss their cases are Sandy Smith, mother of 19-year-old Stephen Smith, whose body was found lying in the middle of a Hampton County road in 2015. Smith’s death was initially deemed by the South Carolina Law Enforcement Division as a hit-and-run but his mother and her lawyer, Mile Hemlepp believe otherwise. Ginger Harriott Hadwin is the sister of the Murdaugh’s housekeeper, who allegedly fell and died outside their home. Hadwin does not believe her sister was killed but Alex Murdaugh was found liable for another nefarious act in connection with her death. Murdaugh is also accused of defrauding Alania Spohn and Jordan Jinks, Murdaugh’s childhood friend, who also joined them at the table.

Local lawyers including Eric Bland, Mike Hemlepp, Joe McCulloch, and Justin Bamberg, some of whom represent these alleged victims, also sit down together to discuss their clients and the power and the legacy of the Murdaugh family dynasty in Hampton, South Carolina.