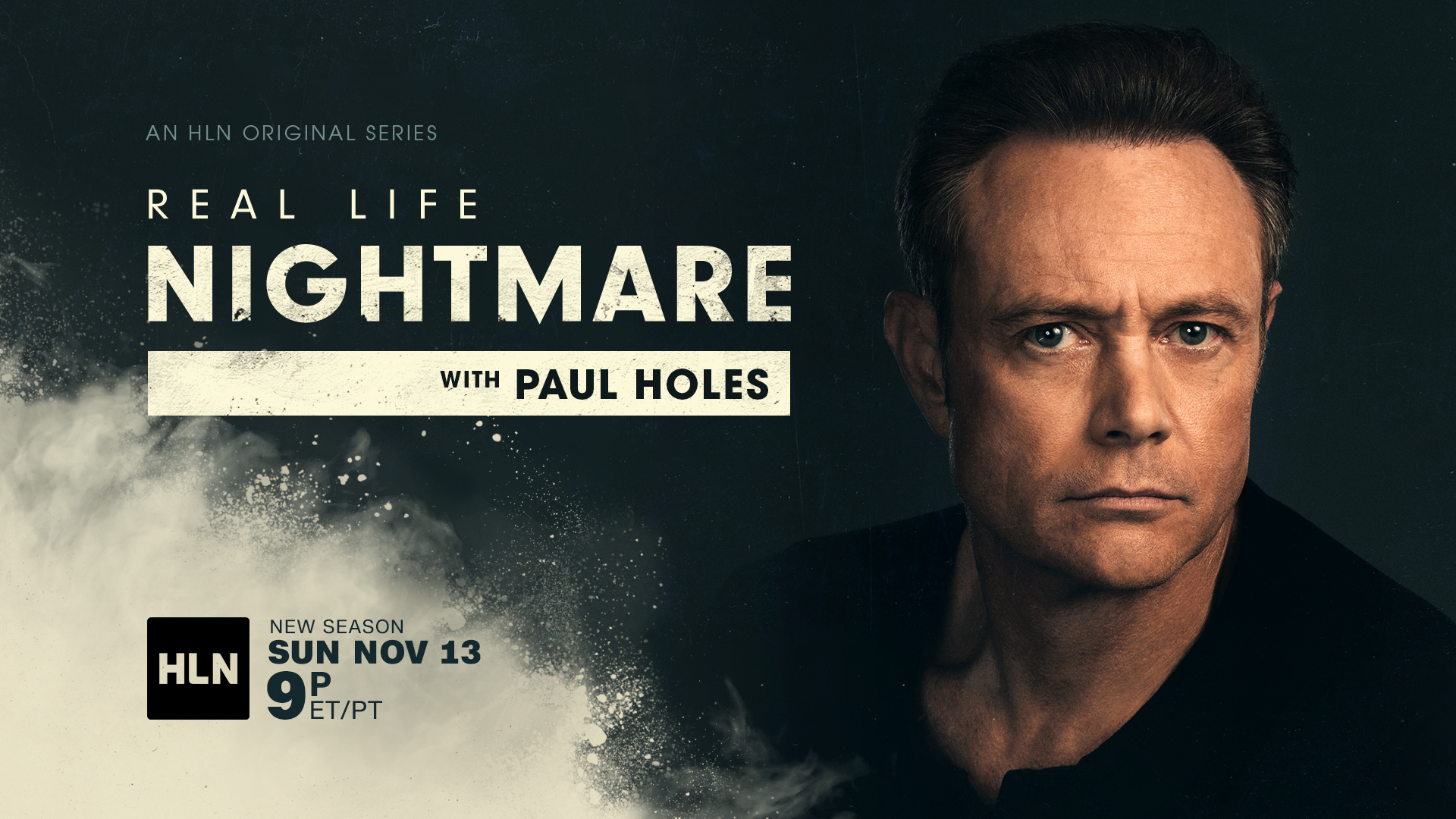 Six-Episode Season to Include Investigation of the Disappearance of Flight MH370 and a Two-Hour Special Event on Gary Hilton, the National Forest Serial Killer

“Real Life Nightmare explores some of the nation’s greatest criminal mysteries, and I am looking forward to bringing my investigatorial experience to the series and helping shine a light on these important cases,” said Holes. “The team behind this show has a real passion for these cases that I have witnessed firsthand, and I am eager to share our findings with viewers as we produce each episode.”

Real Life Nightmare presents heart-wrenching personal mysteries and unexplained deaths that continue to baffle investigators and horrify those left behind. Cases covered this season include the disappearance of flight MH370, the unsolved murder of Catholic priest Father Alfred Kunz, the mysterious kidnapping of Lindsey Baum, and more.

“Paul Holes brings decades of experience in solving the most complex crimes to Real Life Nightmare,” said Executive Producer Elizabeth Yuskaitis. “He is one of the foremost forensic experts in the nation, solving cases that once seemed unsolvable. Victims, family members and investigators on cases we cover welcome his expertise.”

Paul Holes is a New York Times bestselling author, podcaster, television host and retired Cold Case Investigator with the Sheriff and District Attorney’s Offices in Contra Costa County, located in the Bay Area of California. During his 27-year tenure as an investigator, Holes developed and applied investigative, behavioral, and forensic expertise in notable cases such as Zodiac, the Golden State Killer, and Jaycee Dugard. In May 2022, Holes released his debut book, Unmasked: My Life Solving America’s Cold Cases which became an instant New York Times bestseller.

“THE DISAPPEARANCE OF FLIGHT MH370” (November 20, 9pm): 239 passengers vanished in March of 2014, never to be seen again. Shortly after takeoff, a routine flight becomes a trip from hell when pilots stop responding and the plane disappears from radar.

“SECRETS IN THE CATHOLIC CHURCH: FATHER KUNZ MURDER” (November 27, 9pm): A Catholic priest was found with his throat slit in his church of 32 years. Did Father Kunz’s investigation of sex abuse in the church play a role in his unsolved murder?

“MOMMY MURDERED: ARIANNA VANISHED” (December 11, 9pm): 2-year-old Arianna Fitts vanishes from San Francisco after her young mom is discovered murdered and buried in a local park. Just days earlier, the mom was on her way to go meet her daughter’s babysitter.

“AMBUSH ON EXIT 34” (December 18, 9pm): A young police officer is ambushed and shot with a 12-gauge shotgun in the middle of the night on his way home from work, but this isn’t the only unsolved mystery in the small and quaint community of Bardstown, Kentucky.