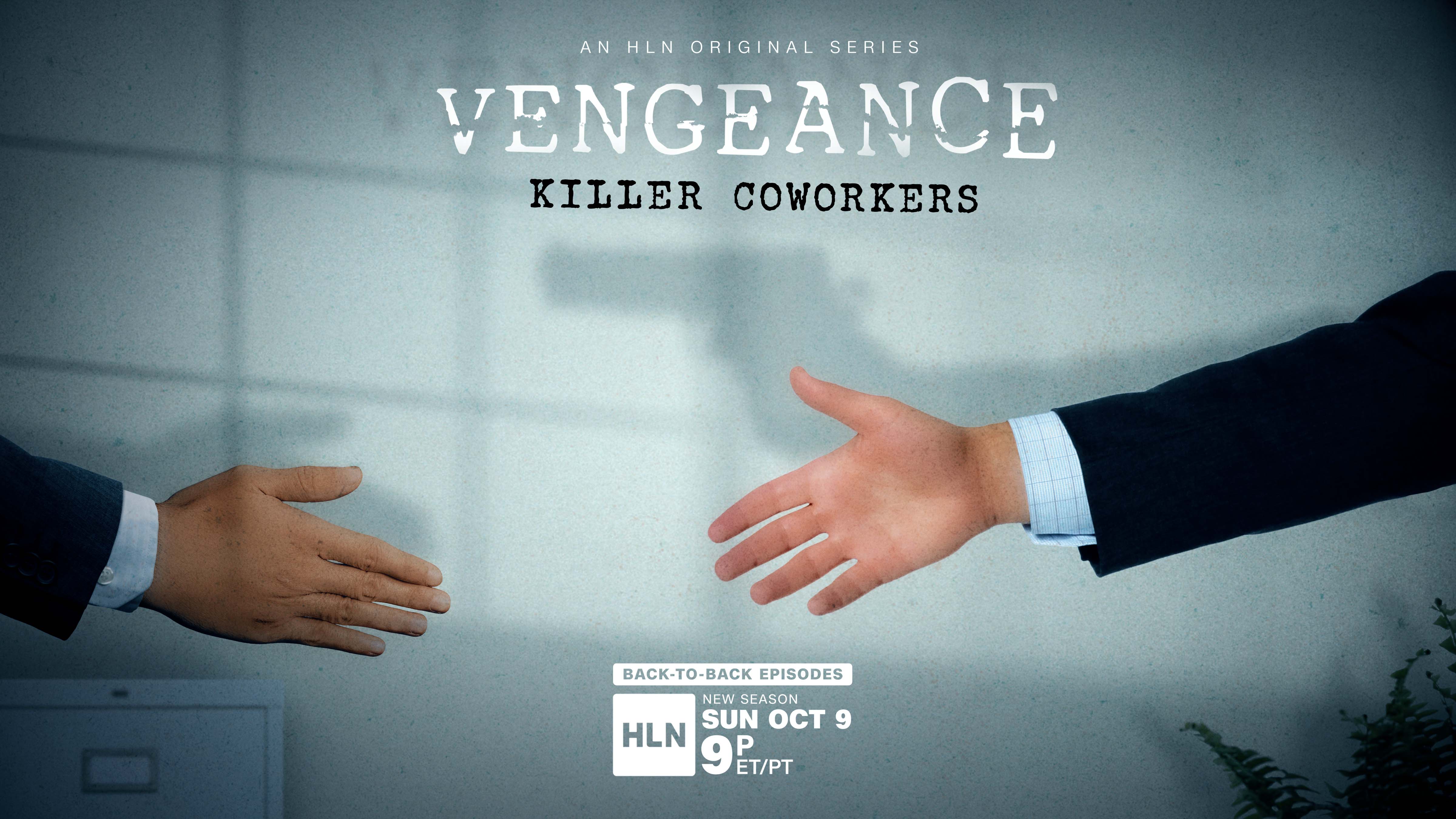 NEW YORK – (September 27, 2022) – The seventh installment of HLN Original Series VENGEANCE returns with a 10-episode run of VENGEANCE: Killer Coworkers. The show profiles victims who met their killers or alleged killers at work and is the second installment in the VENGEANCE series to focus on murder among colleagues. The show will premiere with two episodes on Sunday, October 9 at 9pm and 10pm ET/PT and will replay at 12am and 1am ET/PT.

Each one-hour episode in the VENGEANCE series takes viewers through the twists and turns of a murder investigation, the arrest, and the quest for justice. VENGEANCE: Killer Lovers, which premiered in March 2019, was the first series under HLN’s VENGEANCE franchise which has since covered Killer Families, Killer Newlyweds, Killer Neighbors and Killer Millionaires. VENGEANCE: Killer Coworkers is produced for HLN by Sky Vision.

HLN will air two episodes of VENGEANCE: Killer Coworkers every Sunday at 9 and 10pm ET/ PT and will replay at 12am and 1am ET/PT. The series will stream live for pay TV subscribers via CNN.com and CNN OTT and mobile apps under “TV Channels” or CNNgo where available. All episodes of the season will also be available On Demand the day after the broadcast premiere to pay TV subscribers via Cable Operator Platforms.

“DEATH’S A DRAG” (October 9, 9pm) When a young accountant disappears, police must examine the world of drugs and drag clubs to find his killers.

“CLOCKED OUT” (October 9, 10pm) The investigation into the brutal death of a technology mogul leads police to uncover a bizarre plot of workplace revenge and identity theft.

“STRANGLED SWEETHEART” (October 16, 9pm) A Texas community is stunned when a single mother is found murdered inside her burning car, and suspicion turns to the father of her child.

“ALL FOR HIMSELF” (October 16, 10pm) When a young woman denies his affections, a jilted manager makes sure that his beautiful employee can’t love anyone else.

“UNHOLY DESIRES” (October 23, 9pm) The brutal slaying of a well-loved priest leaves his parish wondering who wielded the knife that killed him.

“COLLEAGUES IN CRIME” (October 23, 10pm) When two young men are found shot to death, police follow a trail to two suspects who call themselves the modern day “Bonnie and Clyde.”

“DOLLAR STORE DECEPTION” (October 30, 9pm) When a loving father is shot during a home invasion, investigators suspect that a good deed may have been his downfall.

“HIT FOR HIRE” (October 30, 10pm) Police investigating a deadly office shooting uncover hatred for the boss and secrets between coworkers.

“FORGED IN BLOOD” (November 6, 9pm) After a Southern Illinois businessman disappears, police expose workplace affairs that may have been deadly.

“UNSAFE IN THE OFFICE” (November 6, 10pm) A rising quality control manager is killed in her office, leading police to a disturbed coworker with a penchant for murder.