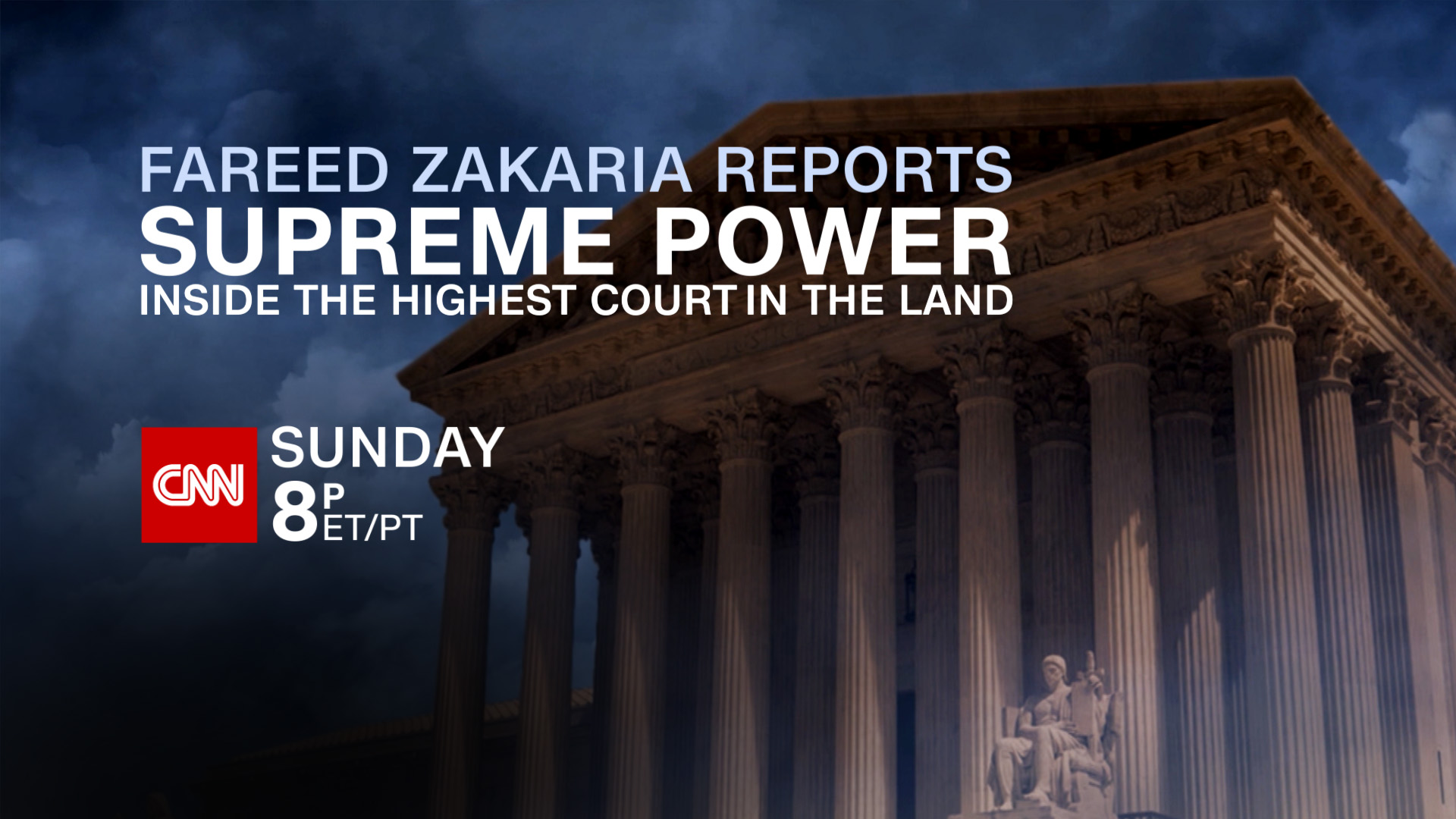 On the eve of the new term of America’s Supreme Court, CNN’s Fareed Zakaria, host of the global public affairs program Fareed Zakaria GPS, dives deep into the Court’s controversial last term, the most conservative in almost a century, and previews the landmark cases ahead.  SUPREME POWER: Inside the Highest Court in the Land – A Fareed Zakaria Special premieres Sunday, Oct 2 at 8:00pm ET & PT on CNN.  The Fareed Zakaria special simulcasts at 8:00pm ET on CNN International.

The stunning political and cultural impact from that precedent-shattering reversal of prior Supreme Court case law has roiled national politics.  That decision was foreshadowed by another unprecedented event: the leaking of the draft opinion to the public.  Considered an act of extraordinary betrayal, the leak from within the Court threw a spotlight on the brewing personal and deepening partisan tensions among the Court’s justices.  Zakaria also challenges Court insiders to dissect what’s at stake with a little-known case in the new session that may be the most dramatic of all.

SUPREME POWER: Inside the Highest Court in the Land also traces the history of the Court through the 20th Century, from Franklin Roosevelt’s battle to expand a Supreme Court he felt too obstructionist, to the transformative social changes of the Warren Court, to the ugly and divisive confirmation hearings of the last few decades – to draw a clear line to the present moment.  Zakaria and Supreme Court experts reveal exactly how America came to arrive at this most conservative court in 100 years.   Dissecting Dobbs,  looming legal battles that could change the way Americans vote, and so much more with Zakaria from both the last term and the term ahead are:

During the Oct. 2, premiere on CNN and CNN International, SUPREME POWER: Inside the Highest Court in the Land – A Fareed Zakaria Special, will stream live for pay TV subscribers via CNN.com, CNN OTT, and mobile apps under “TV Channels,” or CNNgo where available.  The documentary will also be available On Demand beginning Monday, Oct. 3, to pay TV subscribers via CNN.com, CNN apps, and Cable Operator Platforms.