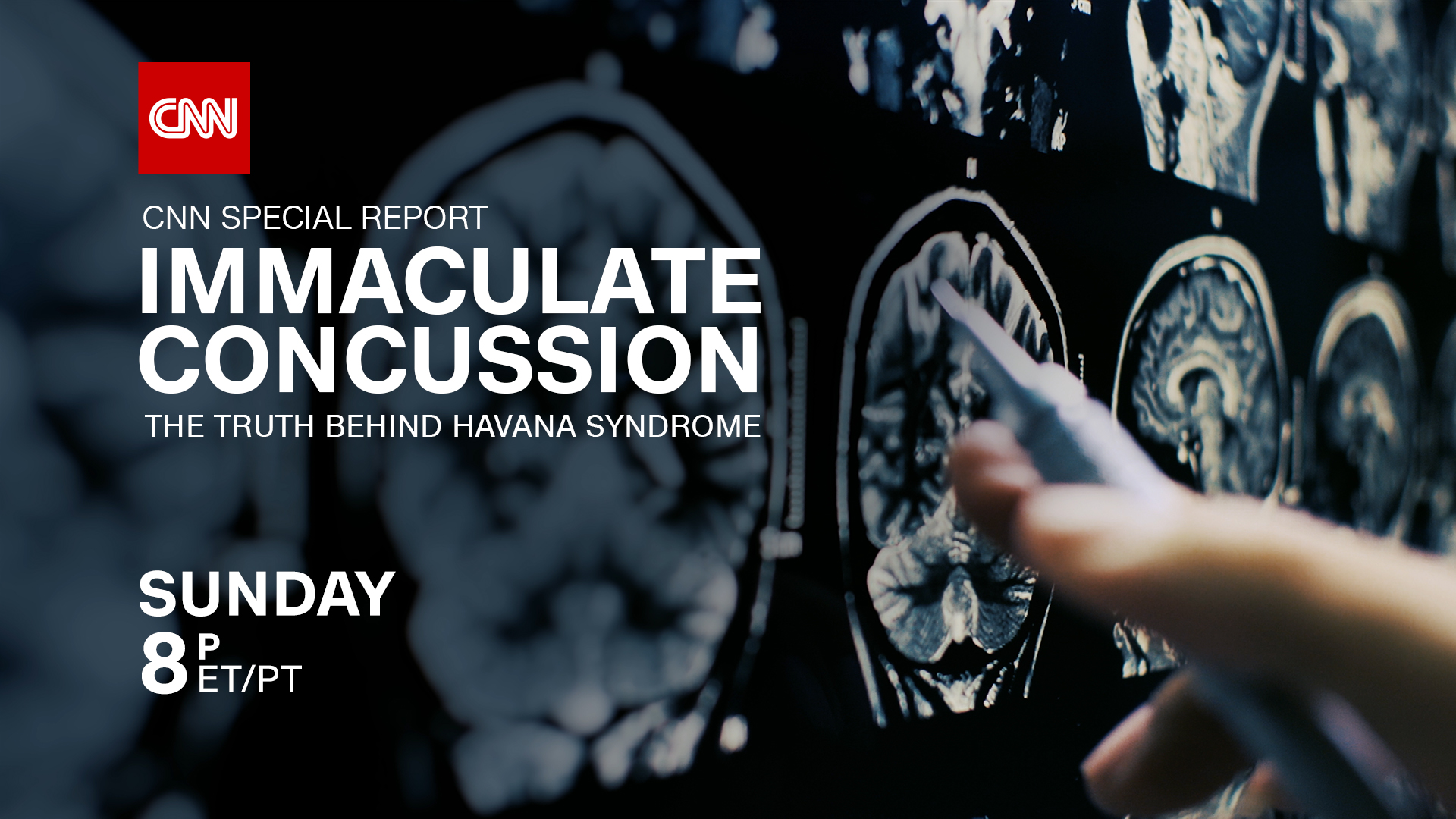 In a CNN Special Report Immaculate Concussion: The Truth Behind Havana Syndrome, airing Sunday at 8pmET/PT, CNN Chief Medical Correspondent Dr. Sanjay Gupta investigates one of the most complex and controversial health mysteries in recent years known as “Havana Syndrome.”

The special explores a cluster of unexplained health incidents resembling concussion-like injuries, which were first reported by American officials and covert personnel serving in Havana in late 2016. The victims describe suffering from vertigo, headache, brain fog, and in some cases, pain or ringing in the ears without any apparent mechanism of injury. Since 2016, similar incidents have been reported by US government officials around the world. Investigations by the FBI, CIA, and the US Department of State have yet to fully explain what happened to these individuals who fell ill while serving their country. The lack of clear answers has led to growing tensions between victims, US lawmakers and the government agencies investigating these incidents.  Critics say these agencies too easily dismissed these cases despite working theories that a foreign government, or proxy, may have coordinated intentional Cold War style attacks on American officials using directed energy weapon.

Gupta interviews several patients, including a former CIA senior medical officer who traveled to Cuba to investigate the incidences only to fall ill himself, as well as a former Trump official who believes they were injured at the White House. Both are sharing their stories for the first time.

Gupta also speaks with Cuba’s top scientists and diplomatic officials, who conducted their own investigation and remain skeptical of the reported incidents on their soil. However, prominent US brain experts Dr. Michael Hoffer of the University of Miami, and Dr. Douglas Smith, director of the Center for Brain Injury and Repair at the University of Pennsylvania, who have examined  many of the patients, explain why they believe their injuries are very real.

But what causes the mysterious illness? Dr. David Relman, who co-authored the influential American Academy of Sciences report, concluded that microwave energy is a plausible explanation. This finding takes Gupta’s journey down an eye-opening road into how microwave energy interacts with the brain and what types of directed energy technologies are potentially capable of doing this.

CNN Special Report Immaculate Concussion: The Truth Behind Havana Syndrome will stream live for pay TV subscribers via CNN.com and CNN OTT and mobile apps under “TV Channels,” or CNNgo where available. The doc will also be available On Demand beginning Monday, September 26th, to pay TV subscribers via CNN.com, CNN apps, and Cable Operator Platforms.