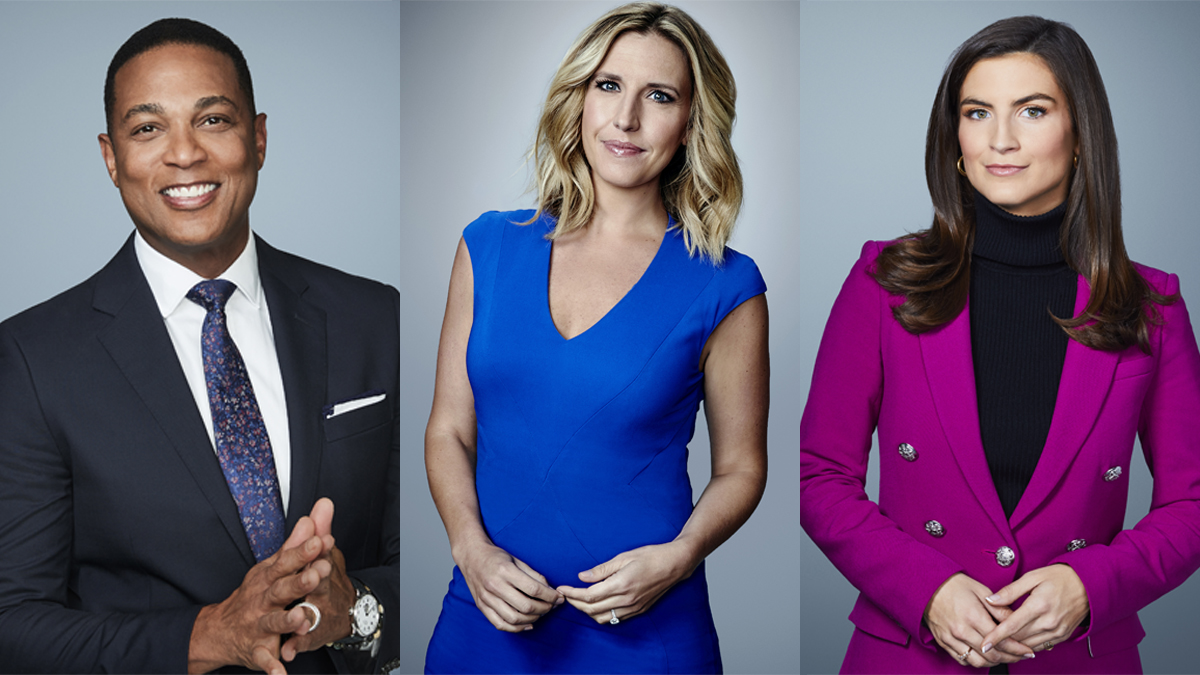 “There is no stronger combination of talent than Don, Poppy and Kaitlan to deliver on our promise of a game-changing morning news program,” said Licht. “They are each uniquely intelligent, reliable and compelling; together they have a rare and palpable chemistry. Combined with CNN’s resources and global newsgathering capabilities, we will offer a smart, bold and refreshing way to start the day.”

Don Lemon, one of CNN’s most recognizable news personalities, will close the curtain on his nightly program Don Lemon Tonight to headline the brand-new morning show.  Lemon, a New York Times best-selling author and award-winning journalist whose 30-year career in broadcast news includes 16 at CNN, has played a prominent role in every major news event over the past decade. He helped to reignite CNN’s primetime lineup when he landed the coveted 10p timeslot in 2014. During his time at CNN he has produced numerous documentaries and specials; and served as moderator for multiple political town halls and co-moderator for a 2020 Democratic Presidential Debate.

“The last eight years have been an incredible ride. I’ve had the opportunity to work with one of the best show teams in the business, but it’s time to shake things up. I am so appreciative of the Don Lemon Tonight team, my wonderful, loyal viewers and everyone who has believed in me,” said Lemon. “I was honestly floored when Chris Licht asked me to do this and I’m honored by his belief in me. It’s going to be a thrill to take on this challenge with Poppy and Kaitlan. I’ll get to work with two of my dearest friends. Set your alarms folks, because we’re going to have a lot of fun.”

Poppy Harlow will join Don as co-anchor of the morning show. Currently an anchor of CNN Newsroom from 9-11a and host of the CNN podcast Boss Files, Poppy will begin waking up a few hours earlier to bring her smarts, unrivaled business acumen and new Yale Master of Studies in Law to the mornings. Since joining CNN in 2008, she has interviewed dozens of the world’s most influential leaders in business and government including Canadian Prime Minister Justin Trudeau, Supreme Court Justice Ruth Bader Ginsburg, Melinda French Gates, Jamie Dimon, Bill Gates, Jay-Z, and Mark Zuckerberg. She has moderated two CNN Presidential Town Halls and anchored breaking news coverage from the field for major stories like the Boston Marathon Bombings and Paris Terror Attacks.

“What a gift to be able to sit beside Don and Kaitlan each morning. Don has been one of my closest friends for more than a decade — there for every milestone along the way. I’m consistently in awe of Kaitlan’s reporting and the remarkable woman she is,” said Harlow. “I can’t wait to laugh with them and learn from them each morning. I am grateful to Chris and my CNN family who have been so supportive of me.”

Rounding out the morning show trio is breakout star reporter Kaitlan Collins who became CNN’s youngest-ever chief White House correspondent at 29 years old. Collins will now serve as co-anchor and chief correspondent for the show. Since joining CNN in 2017, she has become one of the most influential journalists in the nation due to her tough questions, objective reporting and signature style. Kaitlan has broken numerous stories of consequence from both the Biden and Trump administrations, including significant policy decisions and major staff changes, traveling the globe extensively to report on their presidencies. Collins has also reported on the Senate special election in her home state of Alabama.

“I am thrilled to start this new adventure at CNN and work alongside Don and Poppy, two colleagues I deeply admire,” said Collins. “To go from sharing my reporting on their shows to sitting at the desk alongside them is an incredible opportunity and I’m deeply humbled by it. I’m so grateful to Chris and CNN for building something truly special. I can’t wait to wake with our viewers and do the news every day. So pour a cup of coffee and join us!”

John Berman and Brianna Keilar will continue to anchor New Day until the new program premieres. Both will assume new roles at the network later this year. Additional details will be announced in the coming weeks.