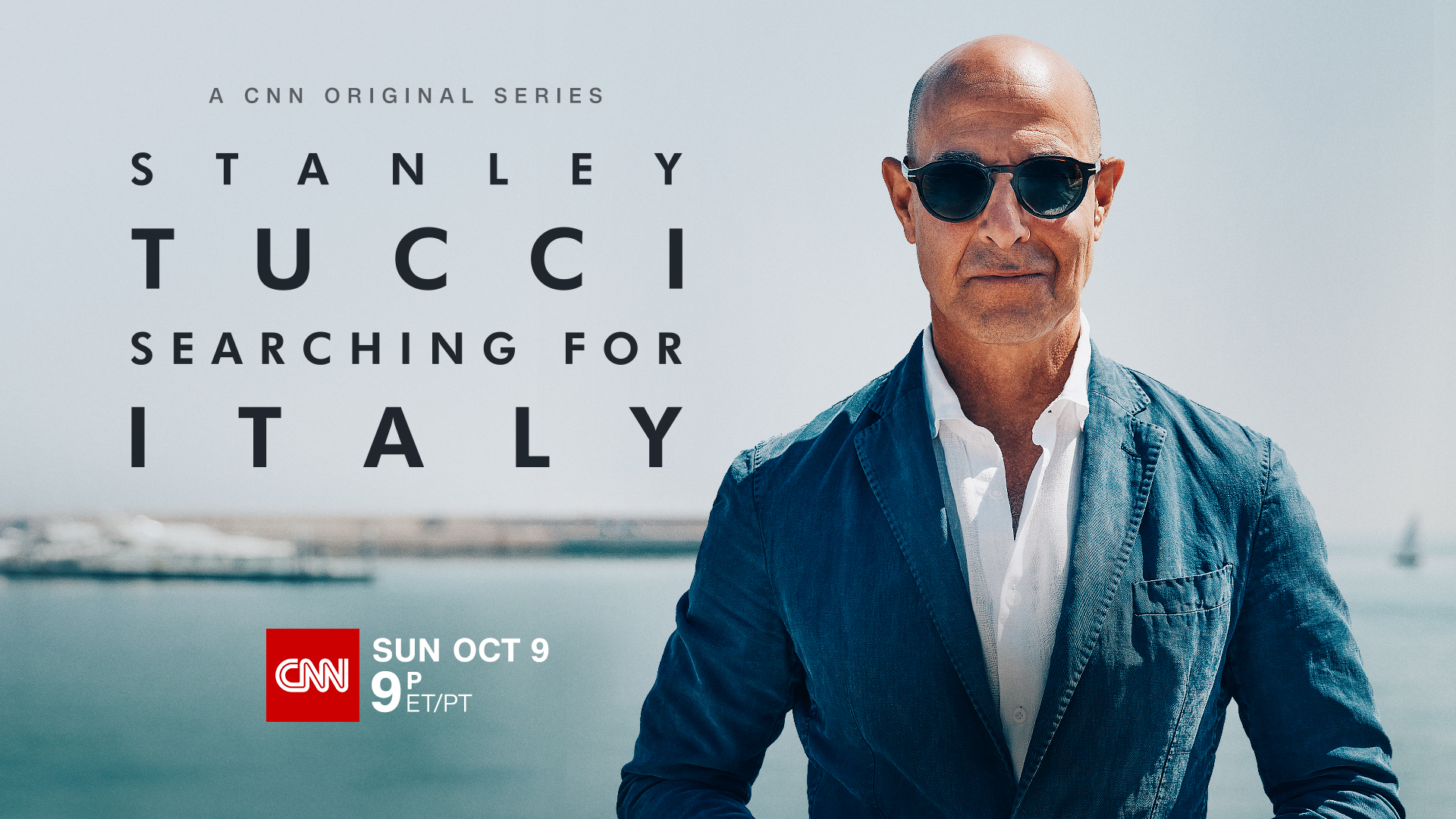 Academy Award® nominee and Emmy® Award-winning actor Stanley Tucci indulges his passion for Italian cooking as he explores the stories and people behind the world’s most popular cuisine in Searching for Italy. Tucci, who is Italian on both sides, brings us on his journey to the bustling food markets and hidden trattorias of the Italian peninsula to discover the secrets and delights of its cooking, region by region. Across four visually stunning episodes, CNN audiences have a front row seat to experience the rich pesto alla Genovese in Liguria, the airy focaccia Barese in Puglia, and sharp pecorino shepherd’s cheese in Sardinia.  In this deeply personal, witty, and warm odyssey of gastronomic delights, Tucci makes a special visit to Calabria, the region where his grandparents were born, to learn what has changed since he last visited as a twelve-year-old boy.  Searching for Italy will regularly air on Sundays at 9pm ET/PT on CNN.

Searching for Italy season 1 and the first installment of season 2 are available to stream via the CNN Originals hub on discovery+, allowing subscribers to revisit past episodes ahead of the October 9 linear premiere on CNN. Visit the CNN Originals Hub within the discovery+ app or on the web at discoveryplus.com/channel/cnn-original.