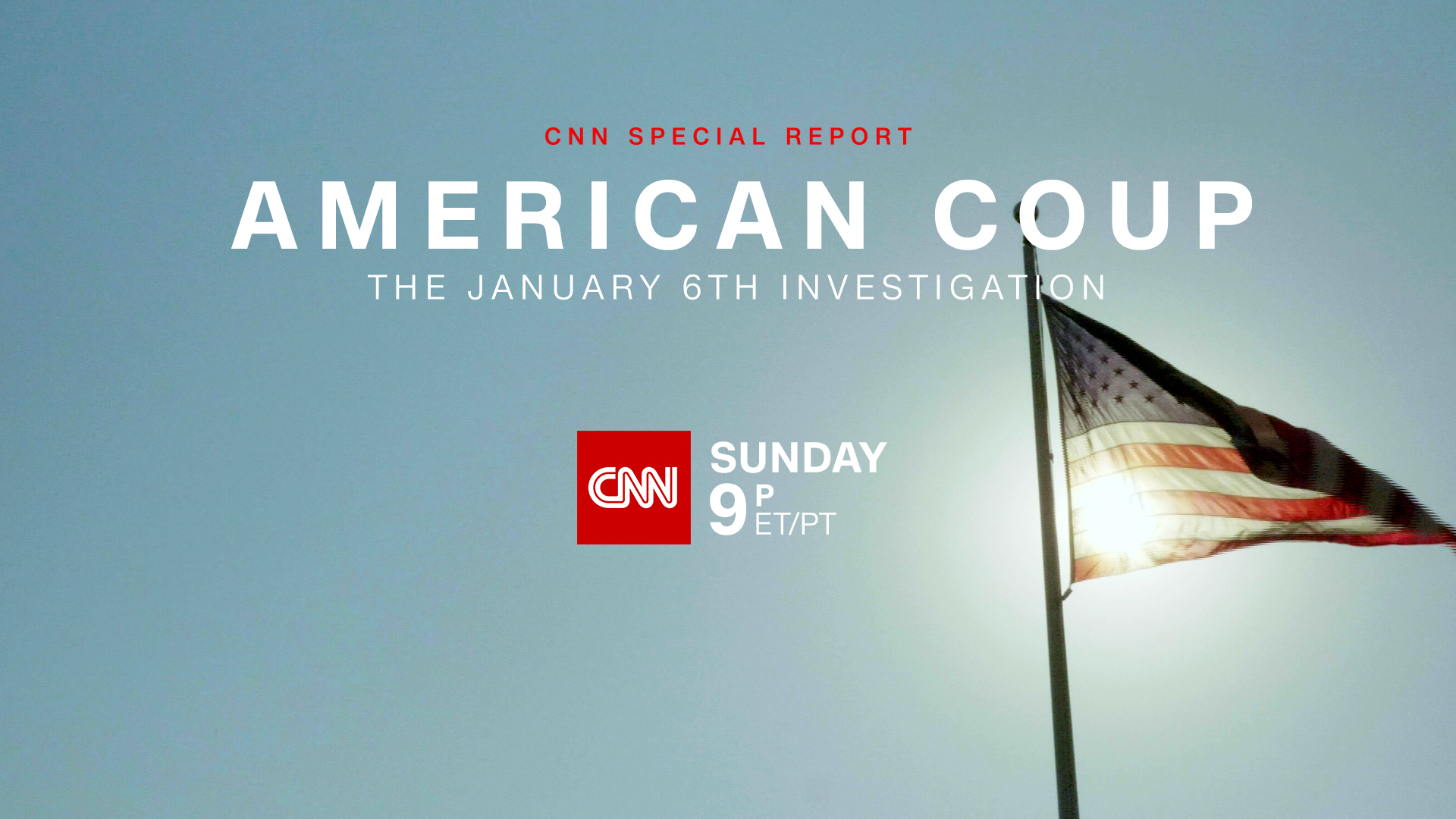 For more than a year, the January Sixth Select Committee has investigated and interviewed thousands of witnesses, piecing together their testimonies with videos, texts, emails, and other documents to help uncover an undeniable, coordinated plan by the former president of the United States to try to overturn the results of a legal and valid presidential election. In advance of the Select Committee’s first report, join CNN Anchor and Chief Washington Correspondent Jake Tapper as he takes a look at the evidence, examines new details, and conducts exclusive interviews with key witnesses, including those you haven’t heard from other than before the committee, to answer the fundamental question: Did a former U.S. President lead a multi-level plan designed to hold onto power and overturn American democracy?

CNN Special Report: AMERICAN COUP: The January 6th Investigation airs Sunday, September 18 at 9pmET and is a continuation of last year’s highly successful CNN Special Report Trumping Democracy: An American Coup that ranked as the highest-rated CNN Special Report among adults 25-54 since its November ’21 premiere, and reached 9.9M total viewers across all 8 telecasts on CNN.