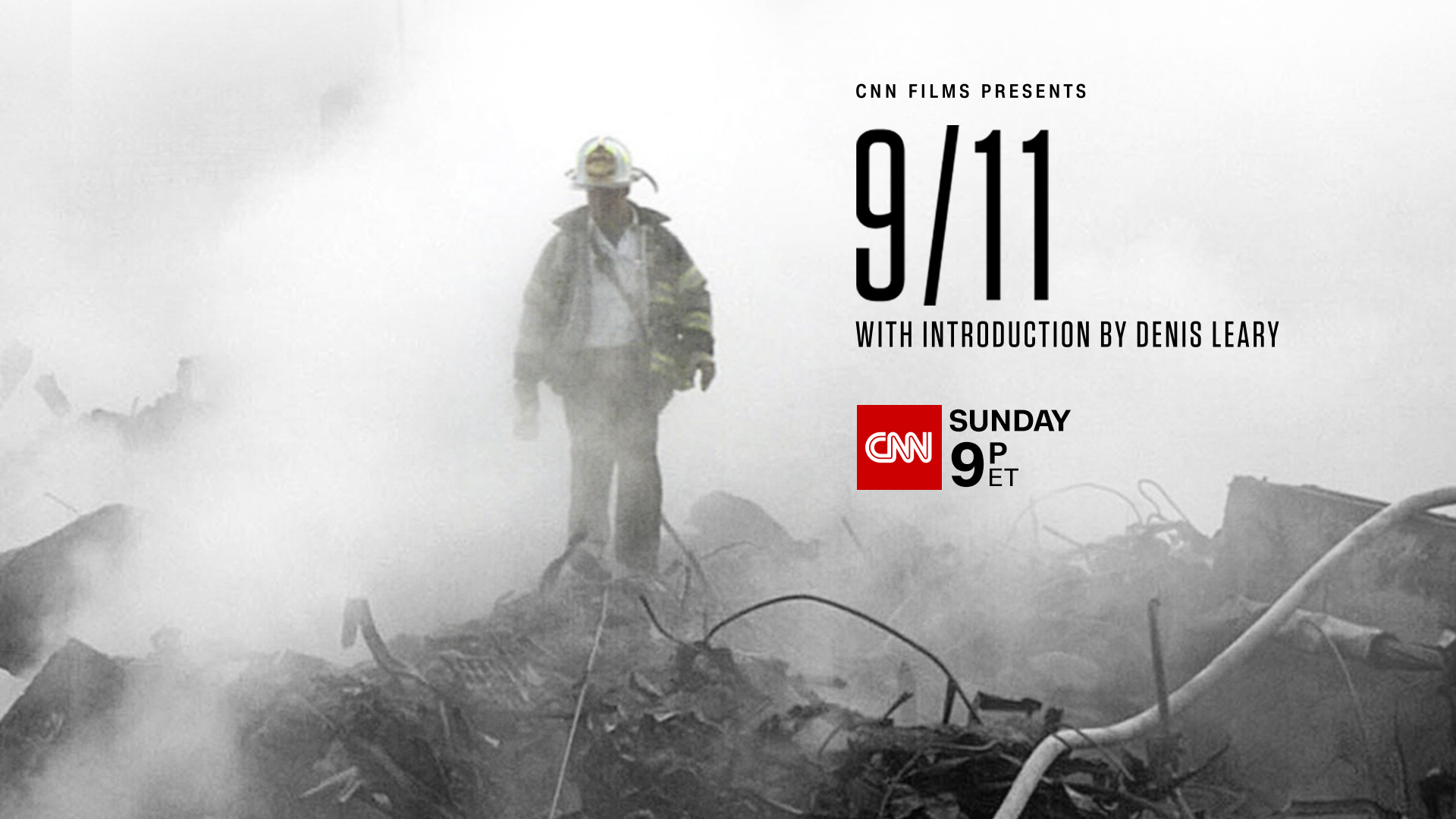 9/11 is a minute-by-minute documentary feature telling the story of the devastating attacks on the World Trade Center on Sept. 11, 2001, in New York City throughout that day.  Directed, filmed, and executive produced by brothers Gédéon and Jules Naudet, and retired Manhattan firefighter James Hanlon, this minute-by-minute account of the confusion, horror, and tragedy of that fateful day is told from the perspective of the first responders who answered the call.  CNN Films Presents: 9/11 will air on Sunday, Sept. 11 on CNN and CNN International at 9:00pm Eastern.

The Naudets, already embedded with the Duane Street New York Fire Department house that morning to film the training of a rookie firefighter, rushed to the twin towers with the firehouse after American Airlines Flight 11 crashed into Tower One.  The brothers filmed the heroic rescue efforts throughout the day.  Separated from each other to follow different teams, they continued filming the collapse of both towers, even from inside Tower One as it began to fall.

9/11 also explores where some of those rescuers are today, and introduces viewers to some of the children and other loved ones of the fallen, many of whom have become first responders themselves.

During the Sept. 11 premiere, 9/11, will stream live for subscribers via CNN.com and CNN mobile apps under “TV Channels.”  The film will be available on demand via CNN.com, CNN apps, and cable operator platforms beginning Monday, Sept. 12.