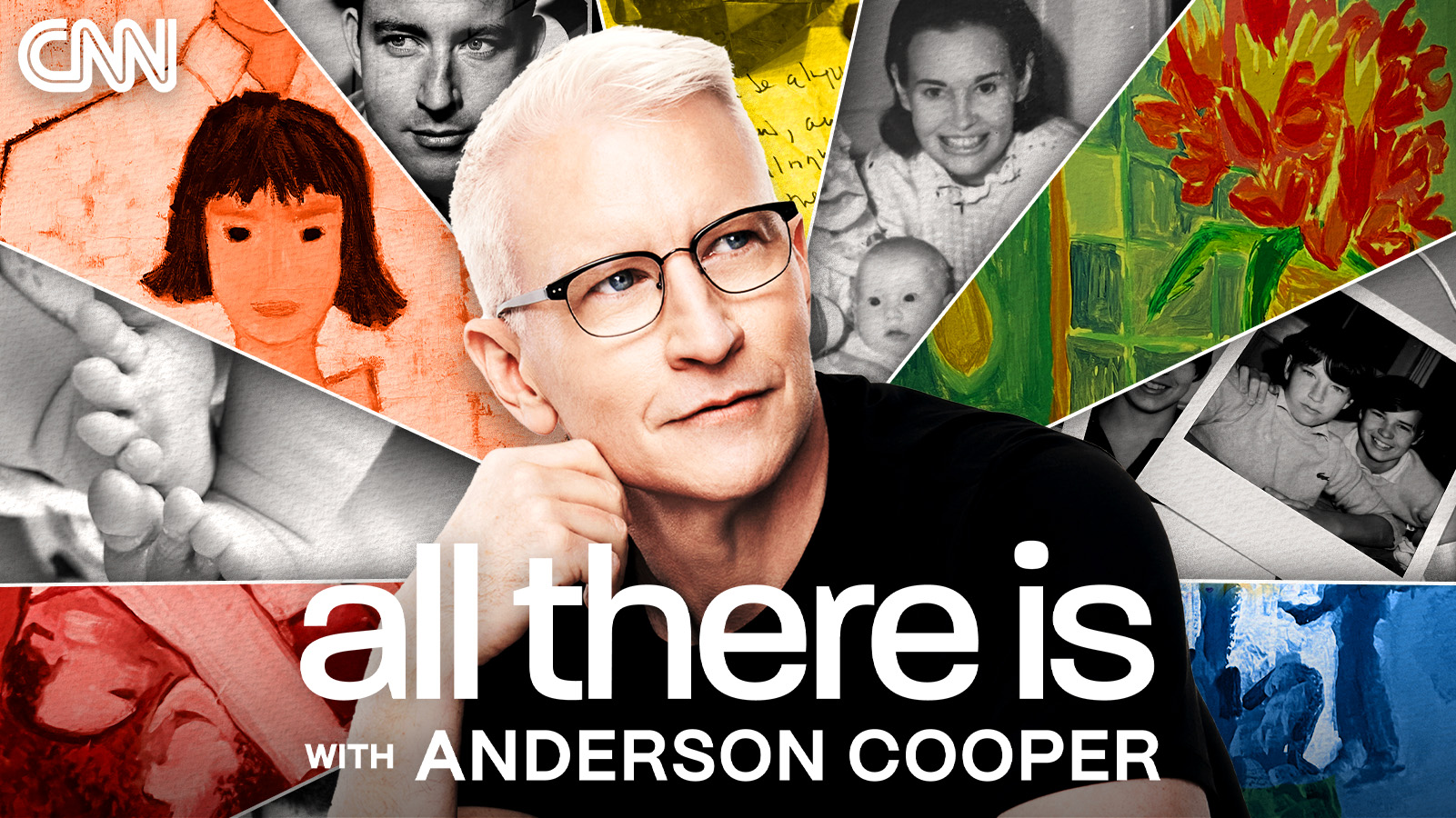 All There Is with Anderson Cooper Set To Premiere September 14, Exploring Loss, Love and Grief

In All There Is, Cooper embarks on a deeply personal and emotional exploration of loss and grief and how to move forward without forgetting the moments, memories, and people we miss. Cooper began recording this podcast alone, during his final weeks packing up the apartment of his mother, Gloria Vanderbilt. Mixed in with his mother’s keepsakes and secret journals that evoke never-before-shared memories, Cooper finds unopened boxes belonging to his father and brother, both of whom died decades ago. Feeling overwhelmed, Cooper began to hold and record intimate conversations with others about their experiences with grief. The resulting podcast, All There Is, is about the people we lose, the things they leave behind, and how we can live on—with loss, with laughter, and with love.

Throughout the series, special guests and friends—including late-night host and comedian Stephen Colbert, actress and comedian Molly Shannon, artist Laurie Anderson, and more—join Cooper to share their own stories and experiences.

“I’ve often felt isolated and alone in grief and yet it is something all of us will experience in our lives,” says Cooper. “It’s helped me tremendously to hear from others on how they move forward in the face of loss, and I hope it helps listeners of this podcast as well.”

All There is with Anderson Cooper will debut new episodes on Wednesdays and will be available to listen on Apple Podcasts or wherever you get your podcasts.

CNN Audio is the exclusive producer of audio content and podcasts for CNN Worldwide including CNN 5 Things, CNN One Thing, Chasing Life with Dr. Sanjay Gupta, The Axe Files with David Axelrod, Tug of War, Very Scary People, Silence is Not an Option with Don Lemon and more. Listen to all CNN Audio content at www.cnn.com/audio.