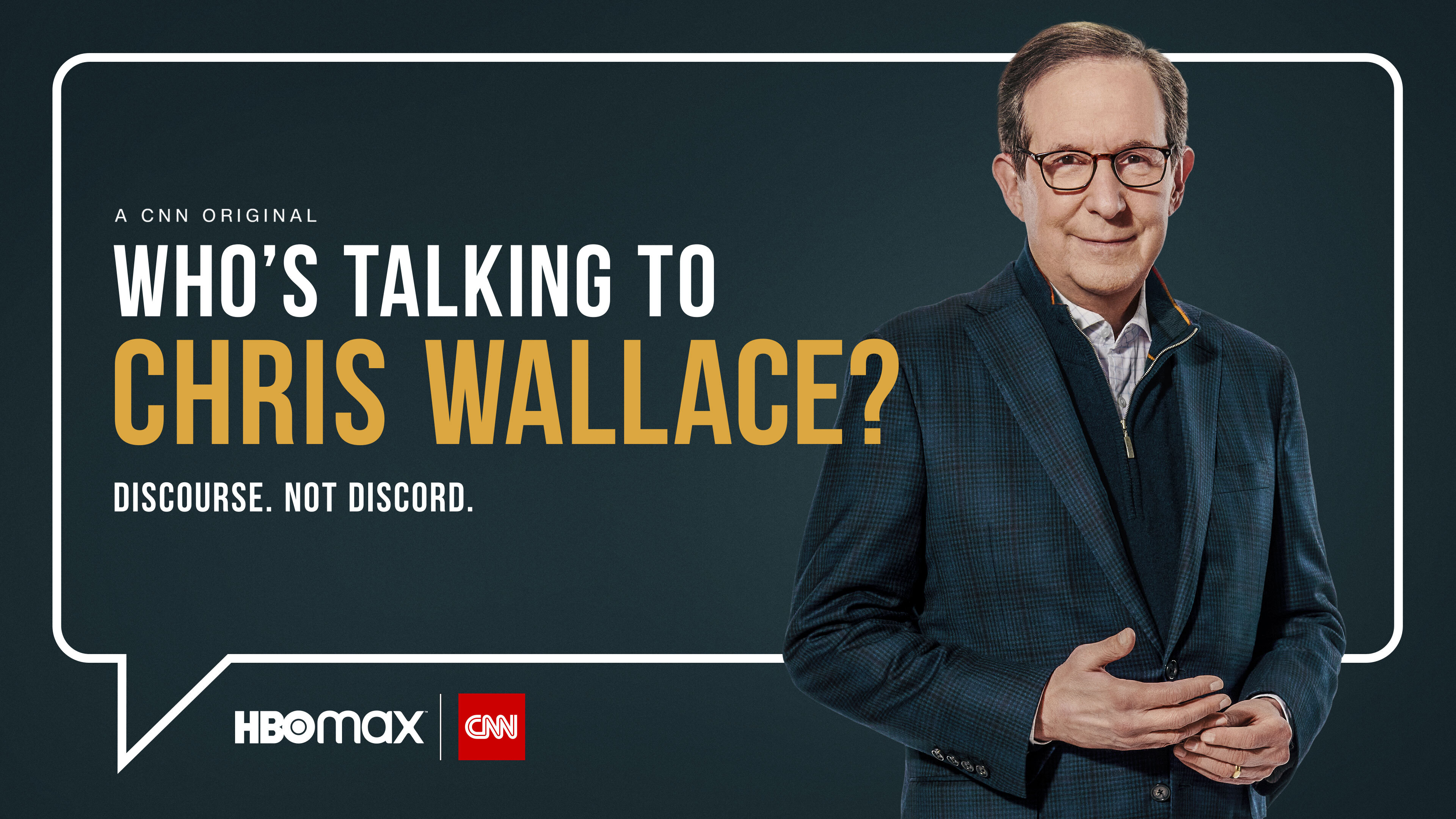 Who’s Talking to Chris Wallace? to Premiere on HBO Max on Fri. September 23 and CNN on Sun. September 25 at 7pm ET

NEW YORK, NY – September 6, 2022 – CNN announced today that Who’s Talking to Chris Wallace? will debut its inaugural HBO Max season on Friday, September 23 with three distinct episodes. The best of the full HBO Max interviews will air on CNN in a new program with the same title, beginning on Sunday, September 25 at 7pm ET.

Each week of the 10-week first season, CNN Anchor Chris Wallace explores his wide range of interests across the spectrum of news, sports, entertainment, art, and culture – from interviews to conversations, and from headlines to smart, sensible, in-depth discussions. In this new format, three episodes will drop on Friday mornings on HBO Max, with Wallace walking the audience through the best of the three interviews in a one-hour, curated special that airs Sunday evenings on CNN.

“I am excited to be back in the studio having candid, real conversations with a rich variety of guests who are standouts in their fields,” said Wallace. “I can’t wait for the HBO Max and CNN audiences to get to see what our team has been working on.”

This first-of-its kind partnership between the two storied brands moves beyond the traditional boundaries of streaming and cable, giving audiences the opportunity to stream full-length interviews with Hollywood legends, newsmakers, CEOs, media moguls, and thought-leaders, and join the veteran anchor on Sunday nights to break down the best of each interview every week. Guided by one of the best interviewers in the business, the discussions are characterized by the respect, authenticity, and impact that are hallmarks of the CNN brand.

“Chris Wallace is a legend in our profession. His unparalleled interviewing expertise has made an impact across industries and changed history,” said Chris Licht, CNN Chairman and CEO. “And now with the launch of his program on both HBO Max and CNN, his iconic interview style will reach an expansive audience unlike anything before.”

Wallace serves as an anchor for CNN, joining the network in January 2022 after more than 50 award-winning years in broadcasting. Praised as an “equal opportunity inquisitor” by The Boston Globe and “an aggressive journalist,” “sharp edged” and “solid” by The Washington Post, Wallace has won every major broadcast news award for his reporting, including three Emmy Awards, the duPont-Columbia Silver Baton, the Peabody Award and the Sol Taishoff Award for Broadcast Journalism, which was awarded to him by the National Press Foundation. He was honored with the 2020 Poynter Medal for Lifetime Achievement in Journalism and was named Mediaite’s 2020 Most Influential in News Media for his “clear-eyed reporting, analysis and commentary throughout the year.”

Wallace joined CNN after 18 years with Fox News, where he was the anchor of FOX News Sunday. Throughout his almost two decades at Fox, Wallace participated in coverage of every major political event and secured high-profile interviews with dignitaries and U.S leaders. Wallace is also the New York Times bestselling author of Countdown bin Laden: The Untold Story of the 247-Day Hunt to Bring the Mastermind of 9/11 to Justice and Countdown 1945: The Extraordinary Story of the Atomic Bomb and the 116 Days That Changed the World.

CNN Worldwide is the most honored brand in news, reaching more individuals on television and online than any other news organization in the United States. Globally, CNN International is the most widely distributed news channel. CNN Digital is the #1 online news destination, with more unique visitors and video viewers than any other news source. CNN’s award-winning portfolio also includes CNN Original Series, which develops non-scripted programming for television via commissioned projects, acquisitions and in-house production. CNN Films produces, commissions and acquires documentary feature and short films for theatrical and festival exhibition, as well as for broadcast and other distribution across CNN’s multiple platforms. Additionally, CNN Newsource is the world’s most extensively utilized news service partnering with over 1,000 local and international news organizations around the world. CNN is a division of Warner Bros. Discovery.

HBO Max™ is a streaming platform that offers best in class quality entertainment, delivering the greatest array of series, movies, and specials from the iconic brands of HBO, Warner Bros., and DC, as well as Max Originals and blockbuster films. The platform launched in the United States in May 2020 and introduced a lower priced, advertising-supported tier in June 2021. Currently available in 61 countries, HBO Max began its global rollout launching in markets across Latin America and the Caribbean last summer, followed by European launches in the Nordics, Iberia, the Netherlands and Central and Eastern Europe.