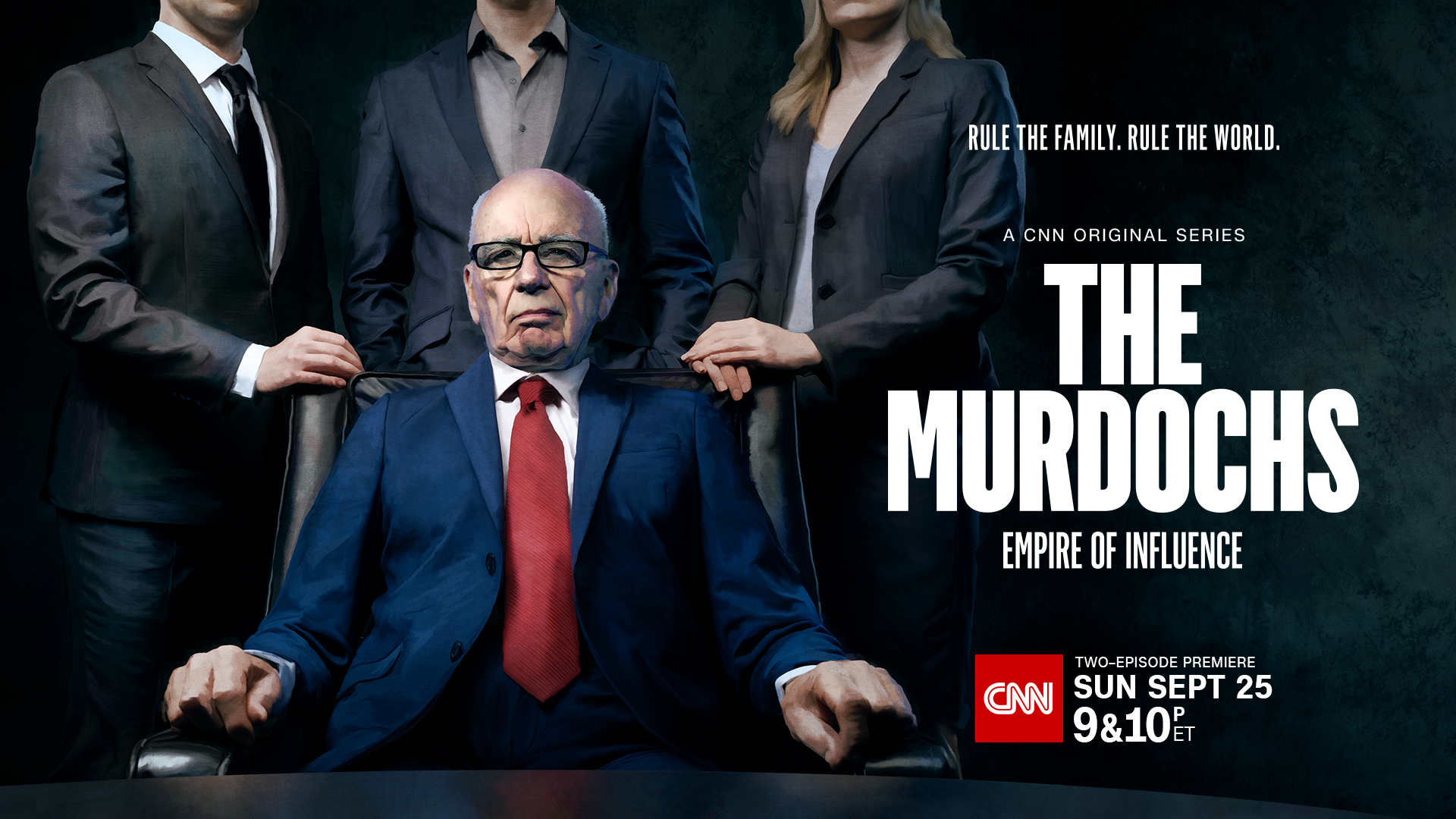 CNN Original Series “The Murdochs: Empire of Influence” To Air on CNN This Fall

NEW YORK – (June 16, 2022) – CNN announced today that the highly anticipated The Murdochs: Empire of Influence will air on the cable network this fall. Produced with Left/Right and The New York Times, this is the definitive telling of the world’s most powerful media family and their complicated history. The CNN Original Series launches with a special two-episode premiere Sunday, September 25 at 9pm and 10pm ET, only on CNN.

Based on Jonathan Mahler and Jim Rutenberg’s riveting New York Times Magazine article “How Rupert Murdoch’s Empire of Influence Remade the World,” this CNN Original Series explores the legacy of media mogul Rupert Murdoch and the dynasty he built. Featuring exclusive reporting from The New York Times, interviews with people who worked inside the Murdoch companies, and decades of rich archival footage, this seven-part series goes behind the scenes of the improbable rise of a media tycoon, his outsized influence around the globe, and the intense succession battle between his children over who will inherit his throne. Cinematic and thrilling, The Murdochs: Empire of Influence charts the high-stakes deal making, political maneuvering, and dynastic betrayals – and how the ambitions of one family birthed one of the largest media empires in history. The series will regularly air on Sundays at 10pm ET on CNN.
Executive producers for The Murdochs: Empire of Influence are Ken Druckerman, Banks Tarver and Erica Sashin for Left/Right; Sam Dolnick and Kathleen Lingo for The New York Times; and Amy Entelis, Lyle Gamm and Jon Adler for CNN Original Series.

Journalists Jonathan Mahler and Jim Rutenberg of The New York Times serve as consulting producers for the series.