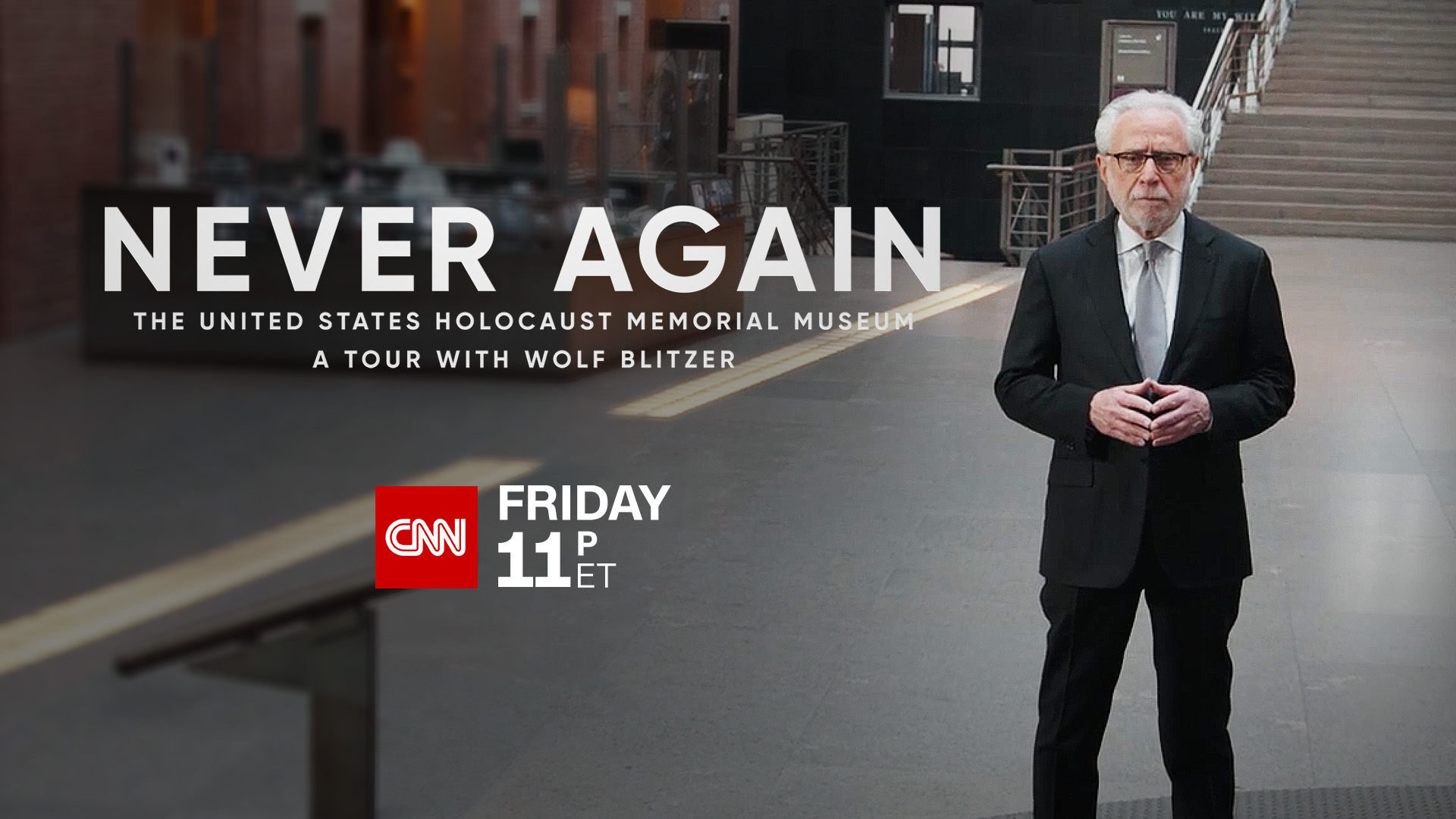 With antisemitism and Holocaust denial on the rise, and the number of Holocaust survivors able to provide firsthand accounts of the horror they experienced dwindling, CNN will air Never Again: The United States Holocaust Memorial Museum, A Tour with Wolf Blitzer on Friday, August 26 at 11pmET. Join Anchor Wolf Blitzer, the child of Holocaust survivors and grandson of four victims of the Holocaust, as he takes viewers on a journey through the United States Holocaust Memorial Museum in Washington, DC, guided by the museum’s director Sara Bloomfield and audio and video recordings of his own father’s Holocaust survival story.

This impactful and deeply personal report takes viewers beyond the walls of the museum, interviewing a leading historian, a Holocaust survivor, and a young museum volunteer to look at how the Holocaust is remembered, and forgotten, in today’s America. Viewers will follow Blitzer as he tours the museum and reflects on the history of the Holocaust, his family’s place in that history, and his role as the child of survivors to carry on their legacy of Holocaust education. An ancient hate ignited the Holocaust, but it was ignorance that fueled it, and with ignorance and hate on the rise, the history of the Holocaust must be remembered by all to ensure that nothing like it can ever be allowed to happen again.

Never Again: The United States Holocaust Memorial Museum, A Tour with Wolf Blitzer will stream live for pay TV subscribers via CNN.com and CNN OTT and mobile apps under “TV Channels,” or CNNgo where available. The doc will also be available On Demand beginning Saturday, Aug 27, to pay TV subscribers via CNN.com, CNN apps, and Cable Operator Platforms.