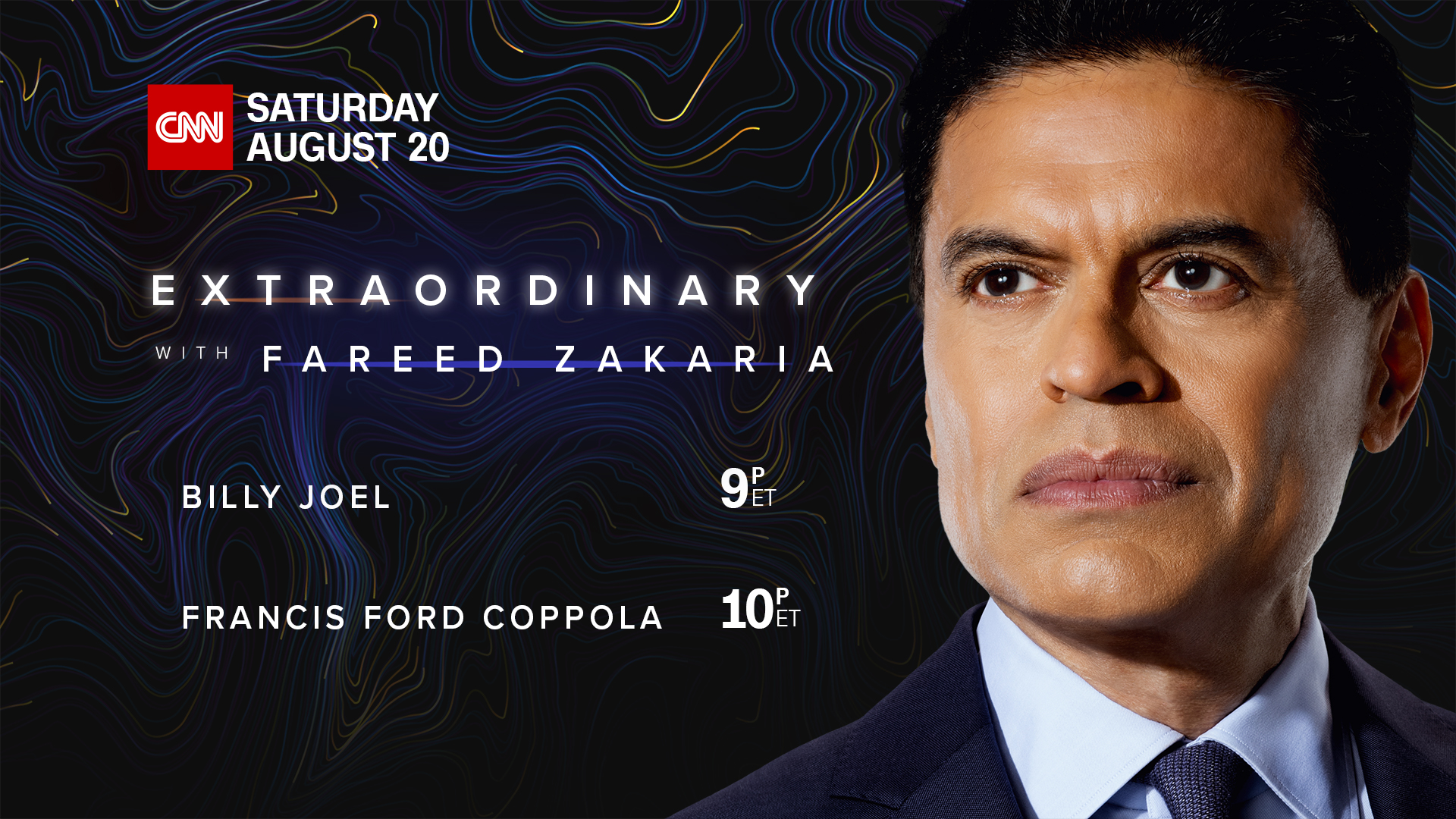 Billy Joel has sold more than 150 million records, and received the Gershwin Prize for Popular Song from The Library of Congress.  Joel’s songbook includes 23 Grammy® nominations, with five wins.  From his sun-drenched home in southern Florida, Joel and Zakaria talk about the inspiration behind Joel’s megahits “Uptown Girl” and “Movin’ Out,” and more.  Joel also describes how getting to know his father and half-brother later in life has impacted his music.

Francis Ford Coppola was only 31 years old when earned the first of his eight Oscar nominations (so far).  He won his first Oscar for Patton, and became legendary with The Godfather and The Godfather II, still the only film and sequel to be awarded Academy Awards for Best Picture.  Zakaria’s interview comes during the 50th anniversary of the release of the genre-defining films, with an eclectic group of fans of the enduring epic that include stars, presidents, and even dictators.  Coppola also reflects upon his other creative inspirations.