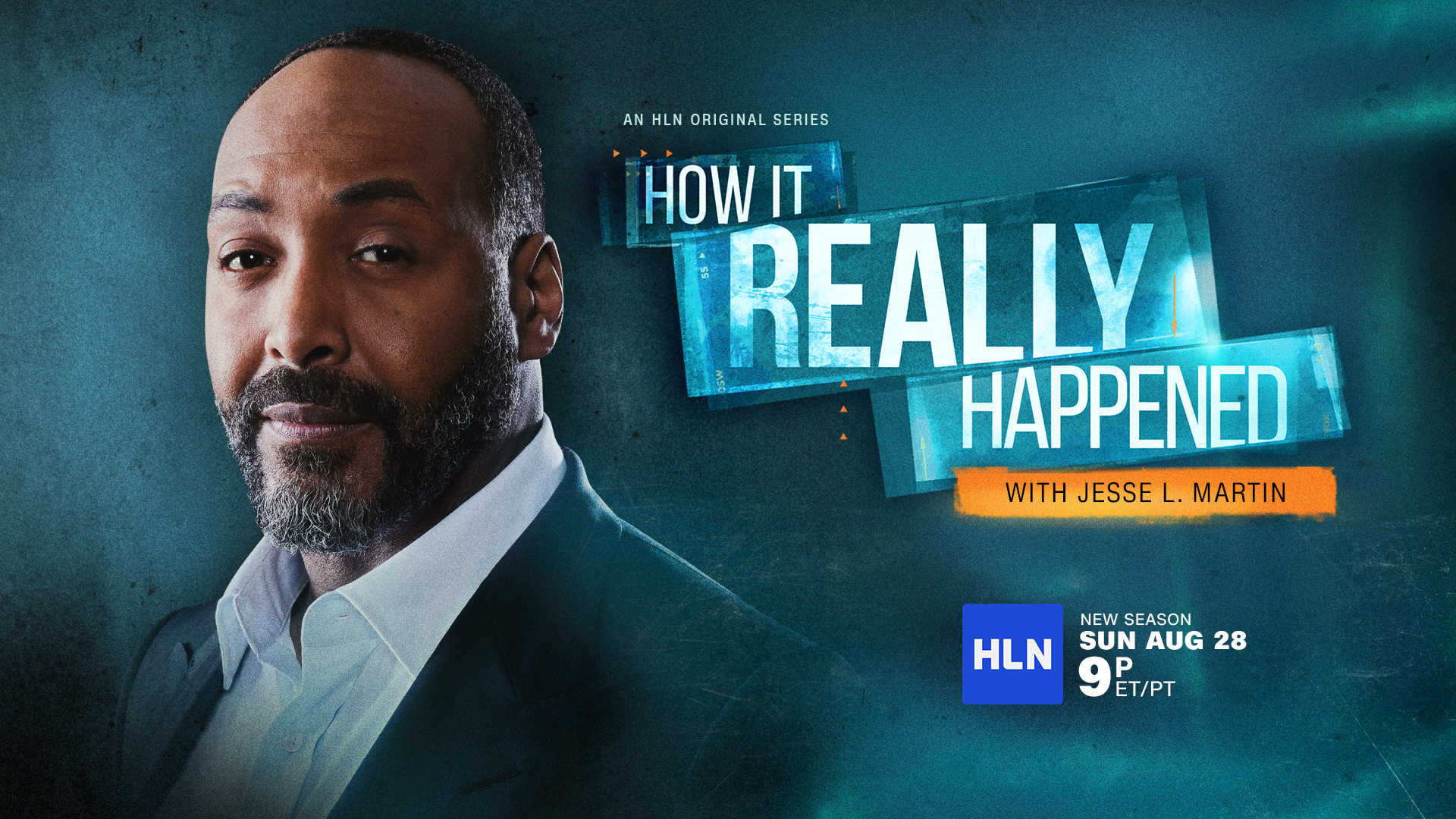 August 17, 2022 – On Sunday, August 28 at 9pm ET, HLN’s Original Series How It Really Happened with Jesse L. Martin launchesits seventh season with a two-hour comprehensive look at the baffling case of The Disappearance of Madeleine McCann. The popular series, hosted by actor and singer Jesse L. Martin (Law & Order, RENT, The Flash), delves into some of the most notorious crimes, mysteries, trials, and celebrity tragedies of our time, with extensive interviews and footage from CNN’s vast news archives.

The new season includes another two-hour episode that explores the tragic death of basketball superstar Kobe Bryant. Part one will air Sunday, September 4 at 9pm, and part two will air Monday, Sept 5 at 8pm ET. The rest of the season will premiere episodes at 9 p.m. ET on Sundays. Other stories profiled include the murder of actress Adrienne Shelley, the disturbing case of the Hollywood Ripper, and the still baffling story of Lorena Bobbitt.

Jesse L. Martin is known for his Tony-winning role as Tom Collins in the Broadway run of Rent. He reprised his role in the 2005 feature film adaptation. Martin also starred on NBC’s Law & Order for nine seasons. He just completed his eight-year run on The Flash, where he played detective Joe West, and recently wrapped filming NBC’s pilot Irrational.

“We are so excited to have Jesse join the HLN Original Series crime family,” said Duffy. “He brings his gravitas and passion to telling the stories behind these incredibly dramatic historical events and true crime mysteries.”

Airdates and episode descriptions for season seven of How It Really Happened with Jesse L. Martin:

Madeleine McCann (Part one “The Night She Disappeared” August 28 at 9pm ET/PT & part two “Who Took Madeleine?” at 10pm ET/PT)

Kate and Gerry McCann were at a beautiful holiday resort when the unthinkable occurred. As the British doctors dined across the swimming pool from their vacation apartment, their three-year-old daughter, Madeleline, vanished from her bed in the Portuguese beach town of Praia Da Luz. Once the McCanns realized their daughter was abducted, they courted the media and enlisted celebrities to publicize the case. One investigator put forward a theory that the McCanns were somehow involved in their daughter’s disappearance, and they were even named suspects at one point, but were eventually cleared. Fifteen years later, after unpeeling one dark layer after another, investigators have a new suspect in the unsolved case.

On January 26th, 2020 basketball superstar Kobe Bryant’s helicopter crashed killing all nine people on-board including his 13-year-old daughter, Gianna. The shocking news left the world reeling and searching for answers. How could a simple flight, piloted by an industry pro, go so terribly wrong? Aviation experts revisit the accident and share what exactly happened. Through interviews with close friends, colleagues, and basketball insiders, viewers will hear details, and anecdotes about Bryant, many never before shared on television.

Tom and Jackie Hawks dreamed of retiring early, buying a boat, and sailing the Pacific. The couple worked hard, saved their money, and were finally able to make their dream happen in 2002. They sold their home, bought a 55-foot yacht, and hit the high seas, traveling to exotic ports, and living the life most people only dream of. Then, in November 2004, when their first grandchild was born, the Hawks knew it was time to come back ashore. They put their beloved boat up for sale, and they vanished. No one could have predicted what came next.

On February 21, 2001, a beautiful young woman is viciously murdered inside her Hollywood home just before she was scheduled to go on a date with actor Ashton Kutcher. As detectives search for answers, her friends relay stories about a strange air conditioning repairman who would show up uninvited at her home. They only know him as “Mike,” but as the investigation unfolds, police discover that his full name is Michael Thomas Gargiulo, and he may be linked to another murder almost eight years earlier in Illinois. While a suspect and not yet arrested, Gargiulo commits more brutal crimes, only to be stopped by one young woman who fights back and survives.

Forty-year-old Adrienne Shelly was an actress, writer, director, wife, and mother. She finished working on her film Waitress when she was found hanging from a shower curtain rod on November 1, 2006. Initially, authorities believed her death to be a suicide, but they soon learned that her death was not what it seemed.

In the dark hours of June 23, 1993, in Manassas, Virginia, a man lies fast asleep on his bed, while a woman looms over his prone body with a kitchen knife and proceeds to slice off his manhood. A stunning end to the broken marriage of Lorena and John Bobbitt. But what outrageous situation led two young people to a horrifying silent scream in the night?