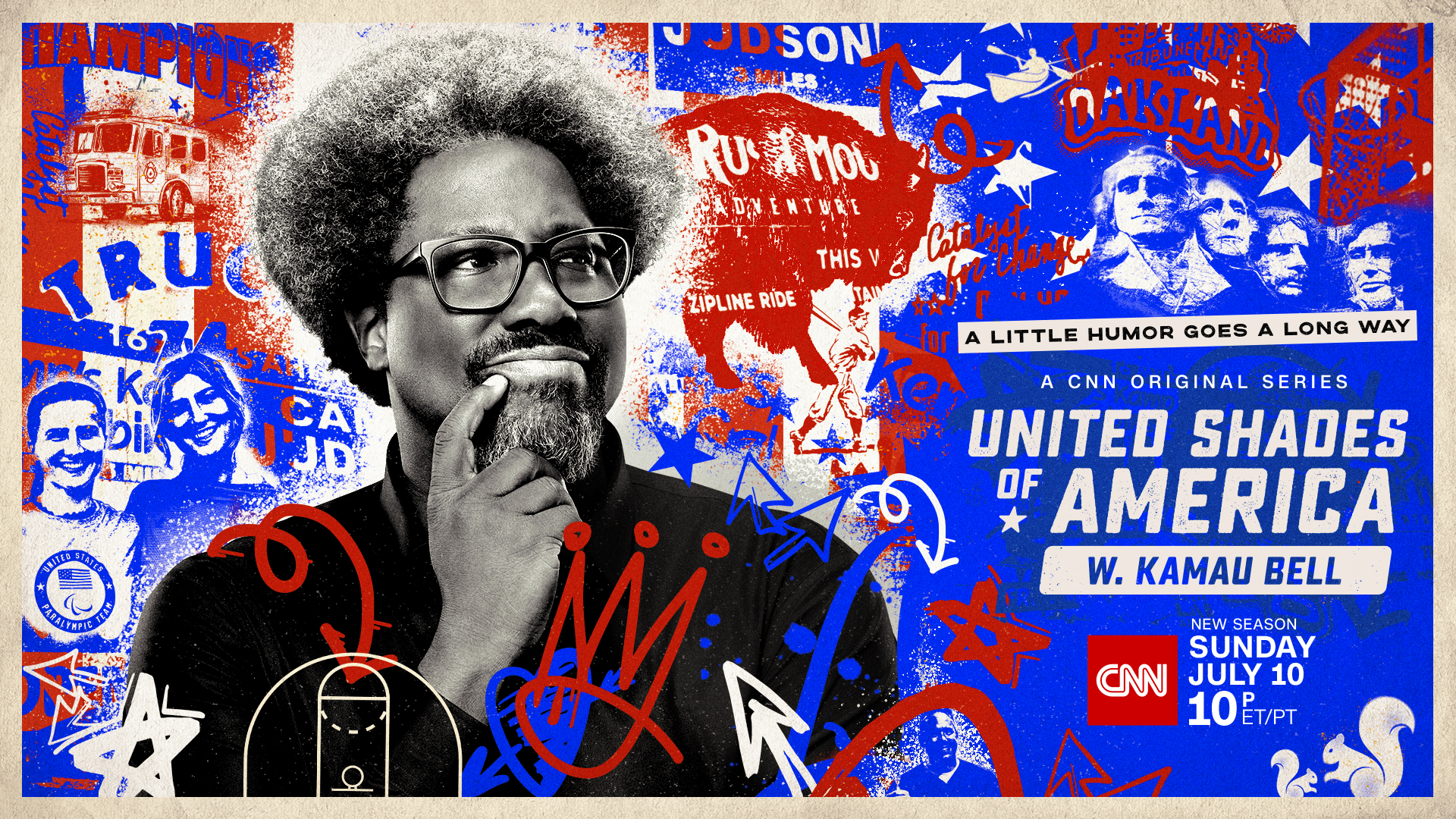 CNN Original Series to Premiere the Seventh Season of “United Shades of America with W. Kamau Bell” This Summer

NEW YORK – (June 14, 2022) – The seventh season of the five-time Emmy® Award-winning documentary series United Shades of America with W. Kamau Bell will launch Sunday, July 10 at 10pm ET/PT, only on CNN. Across seven new episodes, CNN Original Series embarks on a cross country journey with comedian and political provocateur W. Kamau Bell as he visits communities across America to explore race, class, and the unique challenges they face. Produced by Zero Point Zero Production and featuring Bell’s signature blend of empathy and humor, United Shades of America gives voice to those whose perspectives are too often left out of the conversation.

“For the last seven years, United Shades of America has been a cornerstone of the CNN Original Series brand and Kamau’s unparalleled ability to weave his natural curiosity and sense of humor together have ignited many important – and at times vital – conversations around race and society in this country,” said Amy Entelis, Executive Vice President for Talent & Content Development, CNN Worldwide.  “We are excited to join Kamau on another personal and witty odyssey across America.”

This season on United Shades of America, Bell travels to Appalachia, exploring the significant and largely unknown population of Black Americans who call the area home; to Boston, examining the mental health issues affecting the sport world; to Bell’s home state of California, an area plagued by constant wildfires, discovering how communities have learned to coexist with this frequent destruction; to Hawaii, uncovering how the island has been commodified by an exploitative tourism industry following the COVID-19 pandemic; to New York City as he discusses Asian American representation in film and media, revealing the commonality between his own experience and theirs; to the Black Hills of South Dakota, surveying the Landback Campaign organized by Indigenous peoples of the region; and to Maricopa County in Arizona as he investigates the origins of “wokeness” and how the word “woke” has become politicized and enmeshed in the ideological debate over how the history of the United States is taught in schools.

“Neither COVID, nor misinformation, nor political gridlock, nor the gloom of the feeling that American democracy is crumbling will keep me from my appointed duty of traveling the country for another season of United Shades of America,” said W. Kamau Bell, Host and Executive Producer.

The entire library United Shades of America with W. Kamau Bell is available On Demand via CNN.com, CNN apps, and Cable Operator Platforms, giving pay TV subscribers access to revisit seasons 1-6 ahead of the new season.