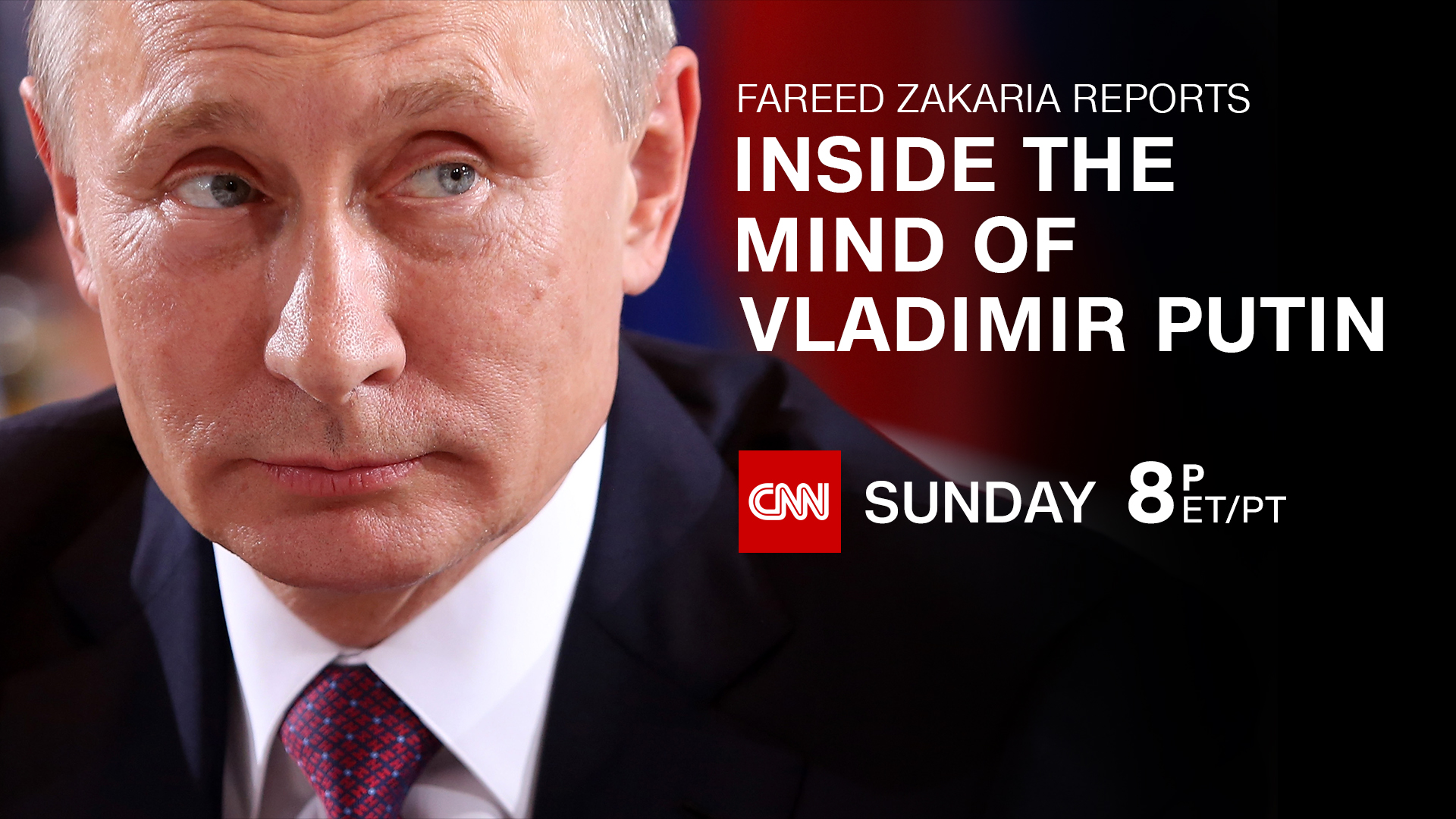 Global broadcast premieres Sunday, May 15 at 8:00pmET on CNN and CNN International

As Russia continues to horrify the world with its brutal attacks on Ukraine, and its crush of dissent at home, CNN’s Fareed Zakaria takes viewers inside the mind of the man behind the ruthless conflict, Vladimir Putin.  The one-hour special, INSIDE THE MIND OF VLADIMIR PUTIN, will premiere Sunday, May 15 at 8:00pm Eastern on CNN/U.S. and CNN International.

Throughout his rise to power and political career, Vladimir Putin has been an autocratic enigma.  He was reared in Soviet poverty, served as a KGB intelligence agent in East Germany, and through a series of cunning maneuvers, rose from deputy mayor of St. Petersburg to the presidency of post-Soviet Russia.  Zakaria gets answers to the many questions that surround Putin that have confounded leaders around the world, including at least four U.S. presidents: how did Putin’s mindset move from pro-global harmony, to isolation, fear, and loathing of the West.

Interviewed for INSIDE THE MIND OF VLADIMIR PUTIN are: