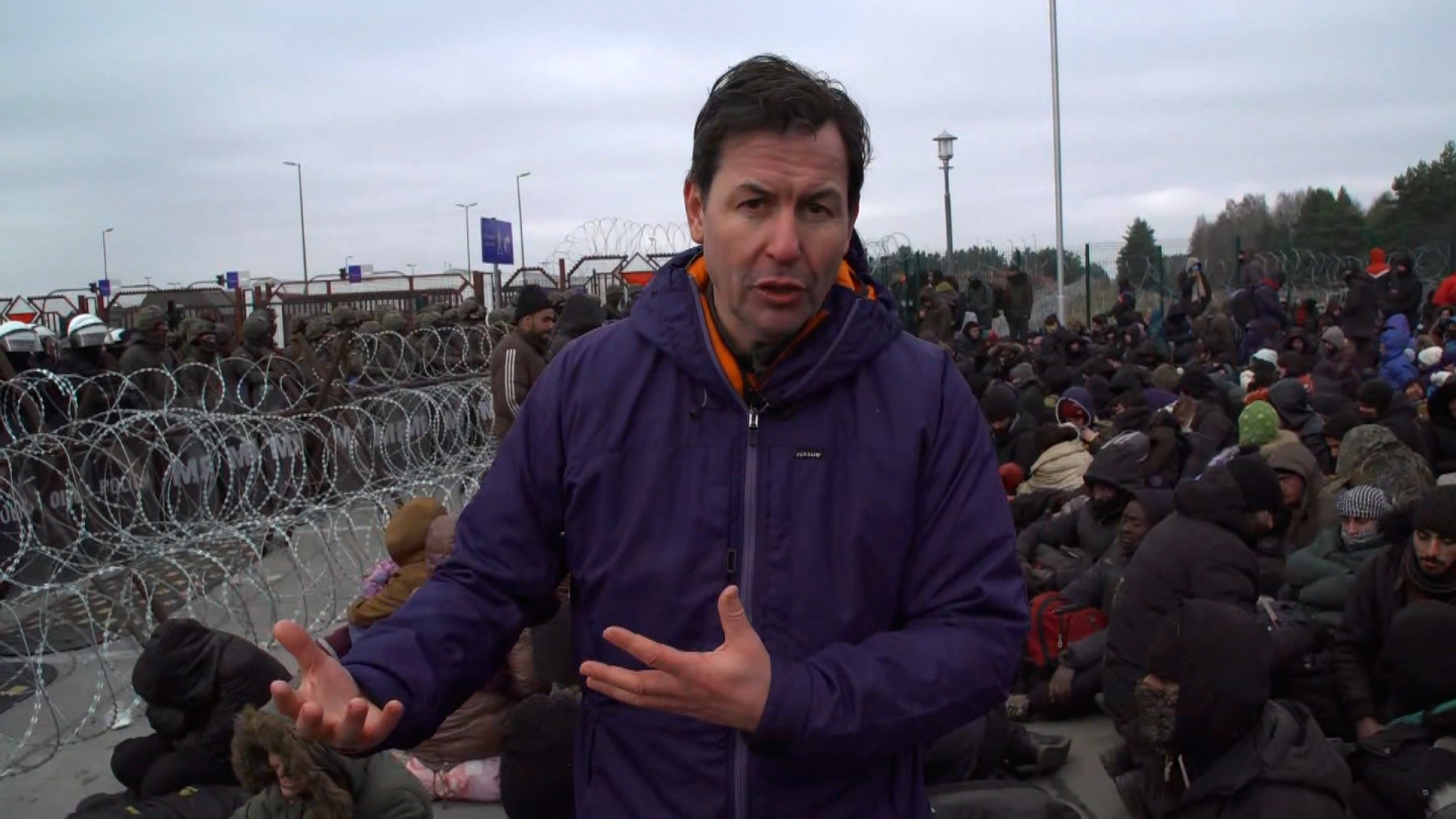 CNN has won the Overseas Press Club of America’s David Kaplan Award – which recognizes the best TV or video spot news reporting from abroad – for its coverage of the migrant crisis in Belarus at the Poland border.

The CNN team of senior international correspondent Matthew Chance, producer Zahra Ullah and cameraman Jeffrey Kehl were the first international journalists to gain access to the border region on the Belarusian side last November, reporting live from the burgeoning migrant camp there in Bruzgi.

At the camp Chance interviewed migrants from places like Iraq and Iraqi Kurdistan, all arriving at the border desperate to cross into Poland and seek refuge in Europe. Some refugees CNN spoke to said they had paid thousands of dollars to human traffickers to get to the border. As violence erupted at the border checkpoint, the CNN team broadcast live from the chaotic scenes between migrants and Polish officials, with Chance getting hit by a water cannon volley on live TV.

CNN’s extensive coverage of the geo-political standoff put a face on the emergency, transforming it in the eyes of viewers around the world from a political dispute to a humanitarian crisis.

The OPC Judges said: “The CNN team led by correspondent Matthew Chance brought us into the midst of a simmering migrant crisis fueled by Belarus and its autocratic leader, Alexander Lukashenko, that quickly boiled over into a full-scale humanitarian emergency and a dramatic assault on Europe’s borders.”