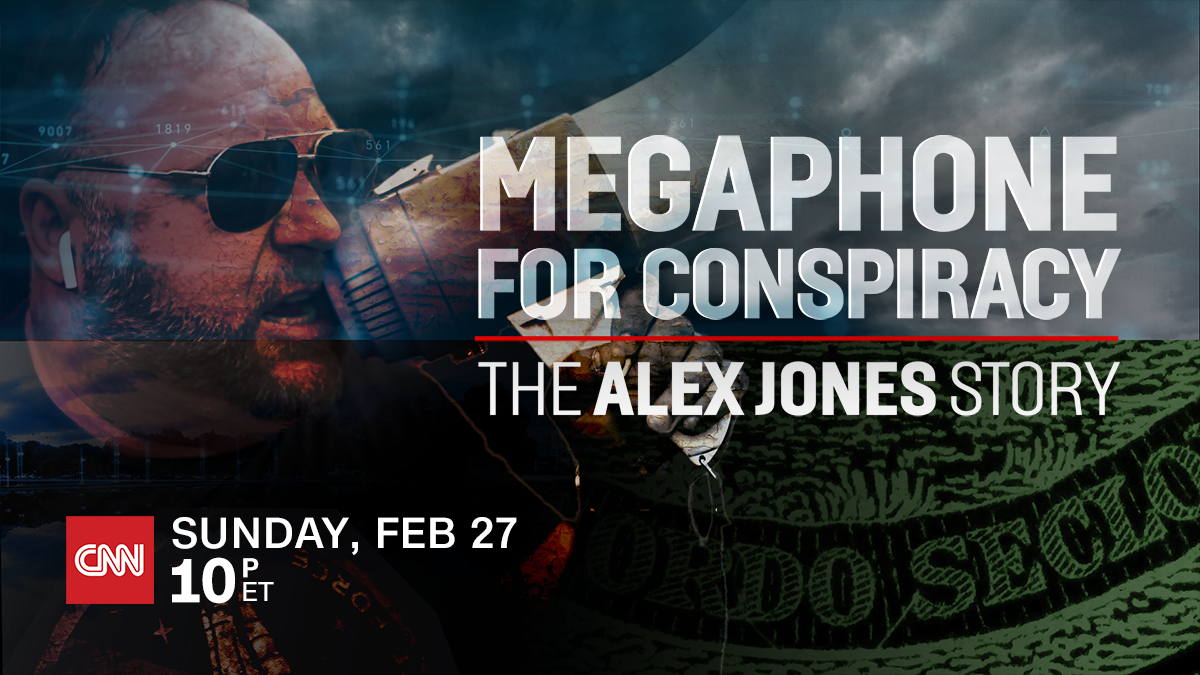 In a one-hour special airing Sunday, February 27 at 10 pm ET, CNN’s Drew Griffin tells the story of Alex Jones, the far-right radio and internet host, and outspoken conspiracy theorist. Through interviews with people who knew him, worked for him, and believed him, Griffin explores Jones’ rise from the fringes of public access television to creating a wide-reaching media empire that touched the Trump White House. The hour will also trace the roots of Jones’ conspiracy theories from the 1990s to today.

CNN obtained exclusive behind-the-scenes footage of InfoWars headquarters, including portions of a revealing interview with Jones never seen before. Griffin will detail how Jones became a multi-millionaire, and show how de-platforming and other efforts have done little to silence Jones or diminish his wealth. As Jones’ empire is being challenged by lawsuits from the families of Sandy Hook shooting victims, and by scrutiny by the January 6th committee, CNN explores how Jones’ message grew from the fringes into the mainstream, and why that could threaten the future of democracy in America.