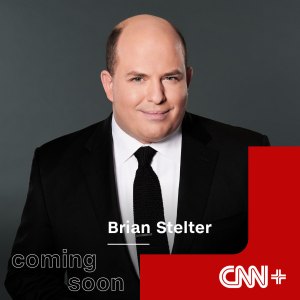 CNN chief media correspondent and anchor Brian Stelter will host Reliable Sources Daily on CNN+, the much-anticipated streaming subscription service that is set to debut this spring. The show will contribute to CNN+’s slate of original, live programming and be available at launch.

From New York to Hollywood to Silicon Valley – Stelter will bring together all the headlines in the media on Reliable Sources Daily. He’ll take a critical look at the media, how the news is made, and why it matters to you and will expand on the news covered in his nightly newsletter, podcast and Sunday show. Reliable Sources Daily is your most reliable source in the quickly evolving world of media, politics, and entertainment.

“There are so many compelling stories to cover through a media lens, and streaming provides a whole new way to do it,” said Stelter. “We have been building upon the ‘Reliable’ television brand with newsletters and podcasts in recent years, and now ‘Reliable Sources Daily’ is the ultimate expansion.”

Stelter is the anchor of CNN’s Reliable Sources, which examines the week’s top media stories every Sunday at 11:00 a.m. ET on CNN/U.S, and the chief media correspondent for CNN Worldwide. He reports for CNN Business, and writes a nightly email newsletter. Stelter published the best-selling book, HOAX: Donald Trump, Fox News, and the Dangerous Distortion of Truth in fall 2020, which tells the twisted story of the relationship between President Trump and Fox News. Over the course of two years writing the book, Stelter spoke with over 250 current and former Fox insiders in an effort to understand the inner workings of Rupert Murdoch’s multibillion-dollar media empire. In 2013, he published The New York Times best-selling book, Top of the Morning: Inside the Cutthroat World of Morning TV, about the competitive world of morning news shows. He is a consulting producer on Apple’s drama The Morning Show, which is inspired by his book.

More information about Reliable Sources Daily and CNN+’s full lineup will be available in the weeks to come. CNN+ talent announcements made to date can be found on the CNN Press Room.