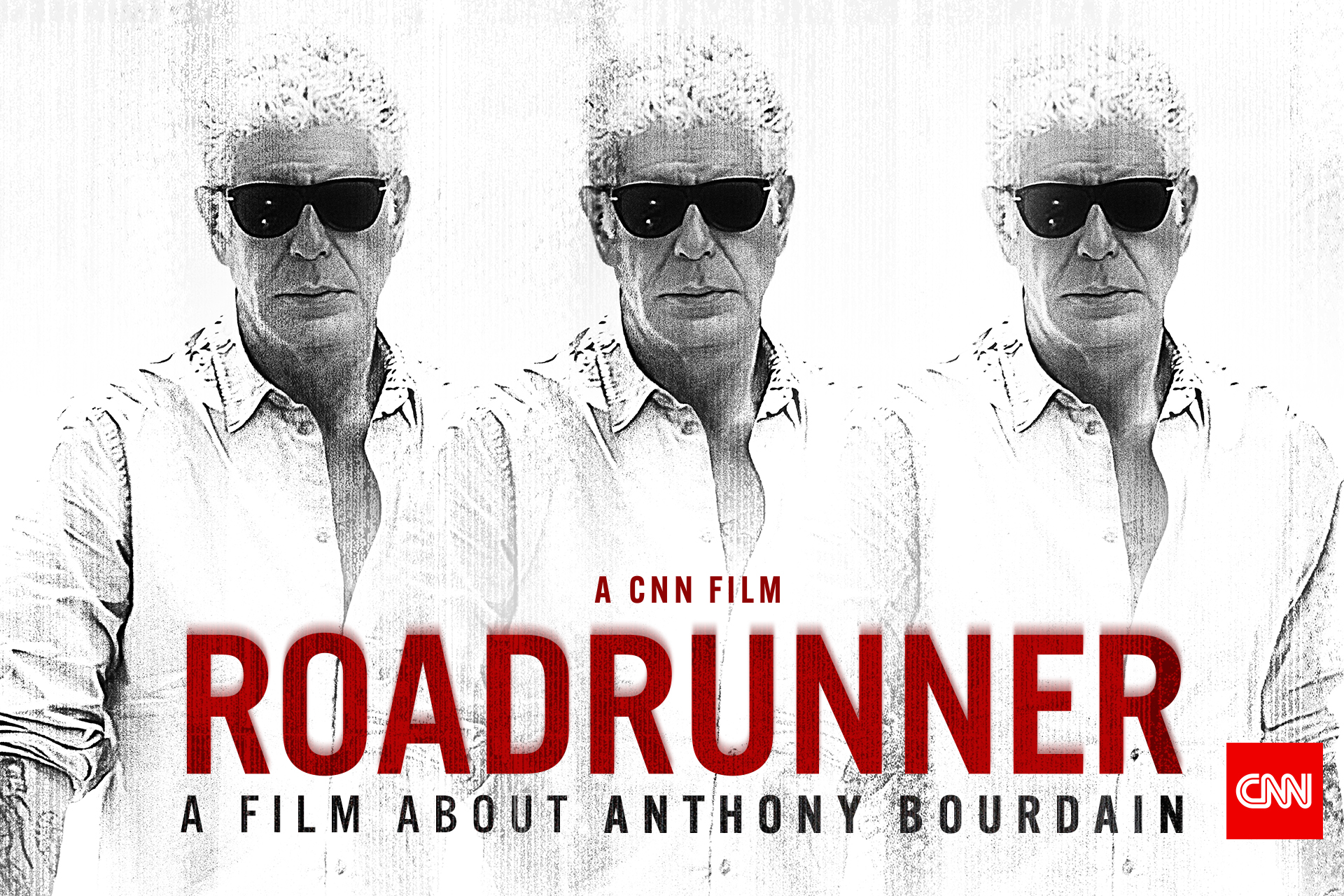 ROADRUNNER: A Film About Anthony Bourdain to Premiere Sunday, April 10 at 9PM Eastern on CNN

ROADRUNNER: A Film About Anthony Bourdain, about the life of the cultural explorer, writer, and chef Anthony Bourdain, will have its broadcast premiere Sunday, April 10 at 9:00pm and 11:30pm Eastern, with limited commercial interruption.  The film is directed by Academy Award-winner Morgan Neville, produced by Neville’s Tremolo Productions, and commissioned by CNN Films and HBO Max.

Bourdain launched onto the cultural scene with his wildly successful memoir Kitchen Confidential (2000), which captured stories from his years working in the restaurant trade.  Neville’s film traces Bourdain’s rapid transformation that followed, from line cook to celebrated global-trotting explorer, and renowned television host.  Bourdain achieved more than he could have imagined and yet, like so many others, sometimes had conflicted feelings about his success.  Neville synthesized the essence of thousands of hours of Bourdain’s professional archive, family photos, home video, personal letters, and more than 30, original interviews of people close to Bourdain during his life, to develop a compelling portrait.

Bourdain’s curiosity for understanding the world was infectious, and his passion for sharing that enthusiasm with armchair voyagers radically changed the genre of travel and food television.  His dispatches never caricaturized the cultures he explained, and he was equally never condescending to his audience.  Bourdain was perhaps the only guide to ever show a mass television audience places like Myanmar, Iran, Koreatown, West Virginia, Colombia, or Cajun Mardi Gras, with the same reverence for the people, their history, and experiences, as he held for their food.

Lydia Tenaglia and Christopher Collins, founders of Zero Point Zero Production (ZPZ), creative collaborators with Bourdain for nearly two decades, including Anthony Bourdain Parts Unknown, and Kimberly Witherspoon, Bourdain’s longtime agent and literary executor, are all consulting producers for ROADRUNNER, and are among those interviewed for the film. ROADRUNNER premiered at the 2021 Tribeca Film Festival before its theatrical run that saw it become among the top 10 most successful documentary releases of the year.

During the April 10 premiere, ROADRUNNER: A Film About Anthony Bourdain, will also stream live for subscribers via CNNgo (www.CNN.com/go and via CNNgo apps for AppleTV, Roku, Amazon Fire, Chromecast, Samsung Smart TV, and Android TV) and on the CNN mobile apps for iOS and Android.  The film will be available on demand via cable/satellite systems, CNNgo platforms, and CNN mobile apps, beginning Tuesday, April 11.  While watching the film, viewers can comment and interact with others across social media platforms using the hashtag #Roadrunner.