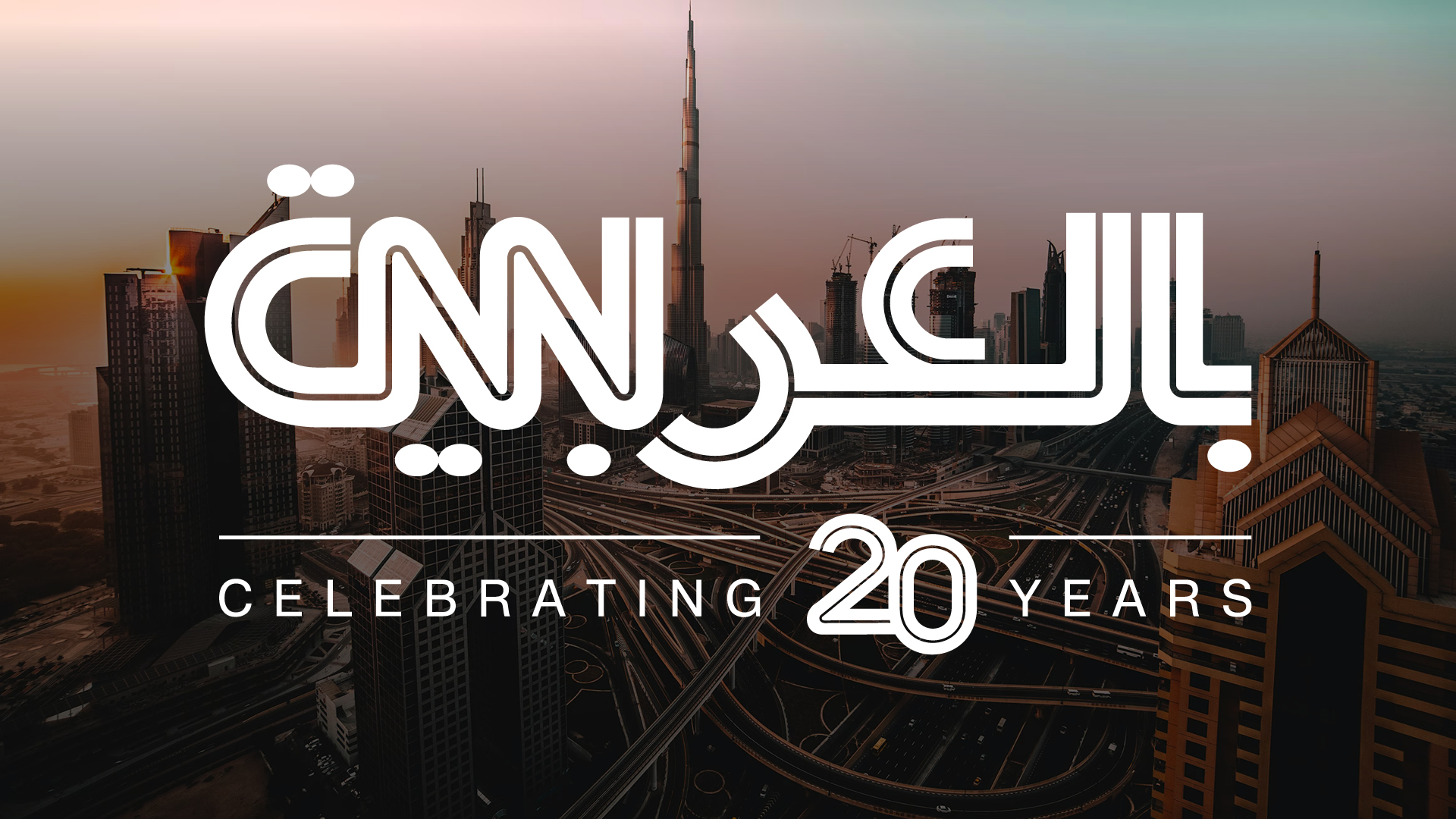 This year, CNN Arabic is celebrating 20 years since it first went live in 2002 as a digital news service based out of Dubai Media City to tell stories for Arab audiences all over the world.

Since then, CNN Arabic has cemented its position as the Arab world’s leading independent news platform. Standing for credible, authentic and factual reporting with a global perspective, CNN Arabic has continued to evolve and innovate, delivering best in class content from CNN’s network of journalists in the Middle East and across the globe.

CNN Arabic recently capped off its biggest year ever in 2021 in daily audience, which has grown by over 150%* in the last six years due to a rich mix of mobile first video, interactive and written news, delivered to Arabic speaking digital audiences worldwide looking for independent and credible journalism.

Alongside CNN’s English and Spanish output, CNN Arabic reaches audiences who speak one of the world’s most widely spoken languages. It is a key part of CNN’s portfolio of digital products and services, that all combined reach an average monthly global audience of 185 million users**.

A recently commissioned independent study by CNN*** ranks CNN Arabic against a competitor set as the #1 provider for those who consume news in Arabic and English language from the US and the Middle East. At a time when surveys of Arabic audiences**** show high levels of distrust in news, particular on social media, CNN Arabic has high levels of trust, scoring over three times of the average trust rating***.

“When we launched CNN Arabic 20 years ago, I don’t think anyone envisaged the changes the world would go through over the following two decades,” said Rani Raad, President, CNN Worldwide Commercial. “In that time, the role that the Arabic speaking world plays on the global geo-political landscape has changed significantly, and the UAE, where CNN Arabic is based, has developed as a major strategic player in the global economy. The role of responsible and accurate news brands has become even more important in a world awash with misinformation, and we will continue to serve Arabic speaking audiences around the world with the news they need to inform the most important decisions in their lives.”

Congratulations to everyone at @CNNArabic on its 20th anniversary! This year marks two decades of @CNNArabic delivering credible, authentic and factual reporting to Arab audiences all over the world.

To celebrate this milestone in CNN Arabic’s history, the 20th anniversary year kicks off with three new major multi-year partnerships that focus on timely and important topics in the Arab world. CNN Arabic will put the spotlight on stories of female empowerment across business, society, politics and culture, and the continued development of Arab youth and how they are pushing boundaries and reshaping and defining their world.

The partnership with UN Women in the Arab States will combine UN Women’s technical expertise with CNN Arabic’s unique position as a powerful media house with widespread reach. Together they will develop an evidence-based strategy across editorial output, events and other projects to support the acceleration of gender equality, financial inclusion and female employment throughout the Arab world.

The partnership with the Abdulla Al Ghurair Foundation for Education will see CNN Arabic upskill Emirati and Arab youth over three years with essential competencies to enable them to achieve greater success in the future of work and the sustainability of the UAE and beyond.

In addition, CNN Arabic is embarking on a partnership with Sharjah Press Club to train young journalists over the next three years in a range of areas covering multi-media news and content production. The training will also extend to teaching teenagers about use of social media and identifying misinformation.

“We are incredibly proud to have provided independent news with a global perspective to Arab audiences for 20 years now,” said Caroline Faraj, Vice President of Arabic Services at CNN, who has led CNN Arabic since its inception, and in 2021 was named winner of the media category in the Arab Women of the Year Awards. “However, we never want to stand still – as a digital news service from the very outset, it’s in our DNA to always evolve and experiment in order to remain relevant as people’s news habits continue to change. Looking ahead, as we enter our 21st year, people can expect CNN Arabic to tell important stories, particularly around female empowerment and the Arab youth, in new, dynamic ways with editorial content underpinned and informed by the new partnerships we are announcing with UN Women in the Arab States, Al Ghurair Foundation and the Sharjah Press Club.”

CNN Arabic is the Arab world’s leading independent news platform. For 20 years, CNN Arabic has been a digital news brand that stands out for its credible, authentic, factual reporting. Serving Arabic speaking audiences around the world, CNN Arabic offers a global perspective, both on international news and on stories that are more regionally relevant or focused. Audiences can access CNN Arabic at CNNArabic.com and on a wide range of digital, mobile and social platforms. Sign up for a daily newsletter of breaking news in Arabic here.