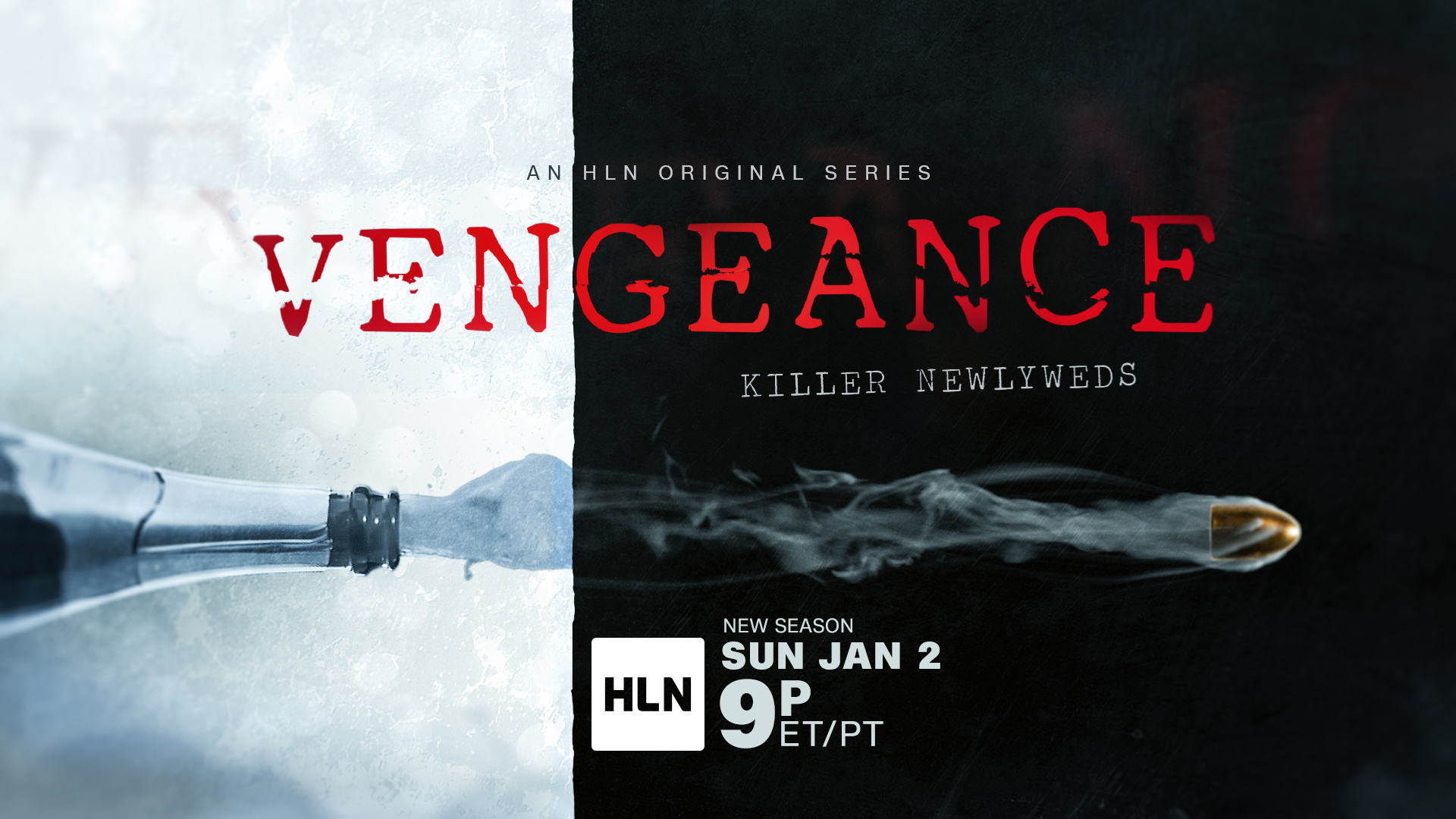 Back with a Vengeance in 2022! Newest Edition of the HLN Original Series Premieres January 2 with “Vengeance: Killer Newlyweds” Airing with Back-to-Back Weekly Episodes, Sundays, 9-11pm ET/PT

Weddings should mark the beginning of a new life chapter filled with love, hope, and possibilities. But, for these newlyweds, a vow to love until ‘death do they part’ is fulfilled much sooner than expected in the newest installment of the VENGEANCE series, Killer Newlyweds.

Each one-hour episode of the VENGEANCE series presents a dark mystery and then takes viewers through the twists and turns of the investigation, ultimately leading to justice. VENGEANCE: Killer Lovers which premiered in March 2019 was the first series under HLN’s VENGEANCE franchise. VENGEANCE: Killer Newlyweds is produced for HLN by Sky Vision.

Following are log lines and airdates for VENGEANCE: Killer Newlyweds (all times ET/PT)

January 2, 2022 (season premiere) 9-10pm “Pushed to Kill” A man plummets from the window of his 25th floor apartment, and investigators must determine whether it was a tragic accident or the act of an angered bride.

January 2, 2022 @10-11pm “Unholy Matrimony” When a pastor’s daughter is gunned down in her home, a small Louisiana town discovers her killer is closer to home than anyone imagined.

January 9, 2022 9-10pm “Die the Knot” A newlywed couple has gone missing under suspicious circumstances in small town Missouri, but did they have a marital spat or were they targeted by someone else?

January 9, 2022 @10-11pm “The Boy is Mine” A teenage bride leaves an ominous voicemail before she disappears, and the investigation will expose dangerous threats to multiple lives.

January 16, 2022 9-10pm “Drowned By Fate” A devout new bride drowns in the bathtub. Was it a prophecy from God or something more sinister?

January 16, 2022, 10-11pm “Honeymoon Horror” When honeymooners venture out to sea for a romantic getaway, the tides soon take a devastating turn.

January 23 2022 9-10pm “Death Down the Aisle” Before she can walk down the aisle, a woman is gunned down in her Texas home, and her fiancé goes from planning a wedding to planning a funeral.

January 23 2022 10-11pm “Cold Blooded Cliffhanger” When the body of a missing newlywed is found at the bottom of a ravine in Glacier National Park, local and federal authorities put their skills to the ultimate test to bring his killer to justice.

January 30 2022 9-10pm “Butchered Bride” When a blushing bride is beaten to death on her honeymoon, could her groom’s salacious past have something to do with it?

Each episode of VENGEANCE: Killer Newlyweds will be available on demand the day after its broadcast premiere via cable/satellite systems.