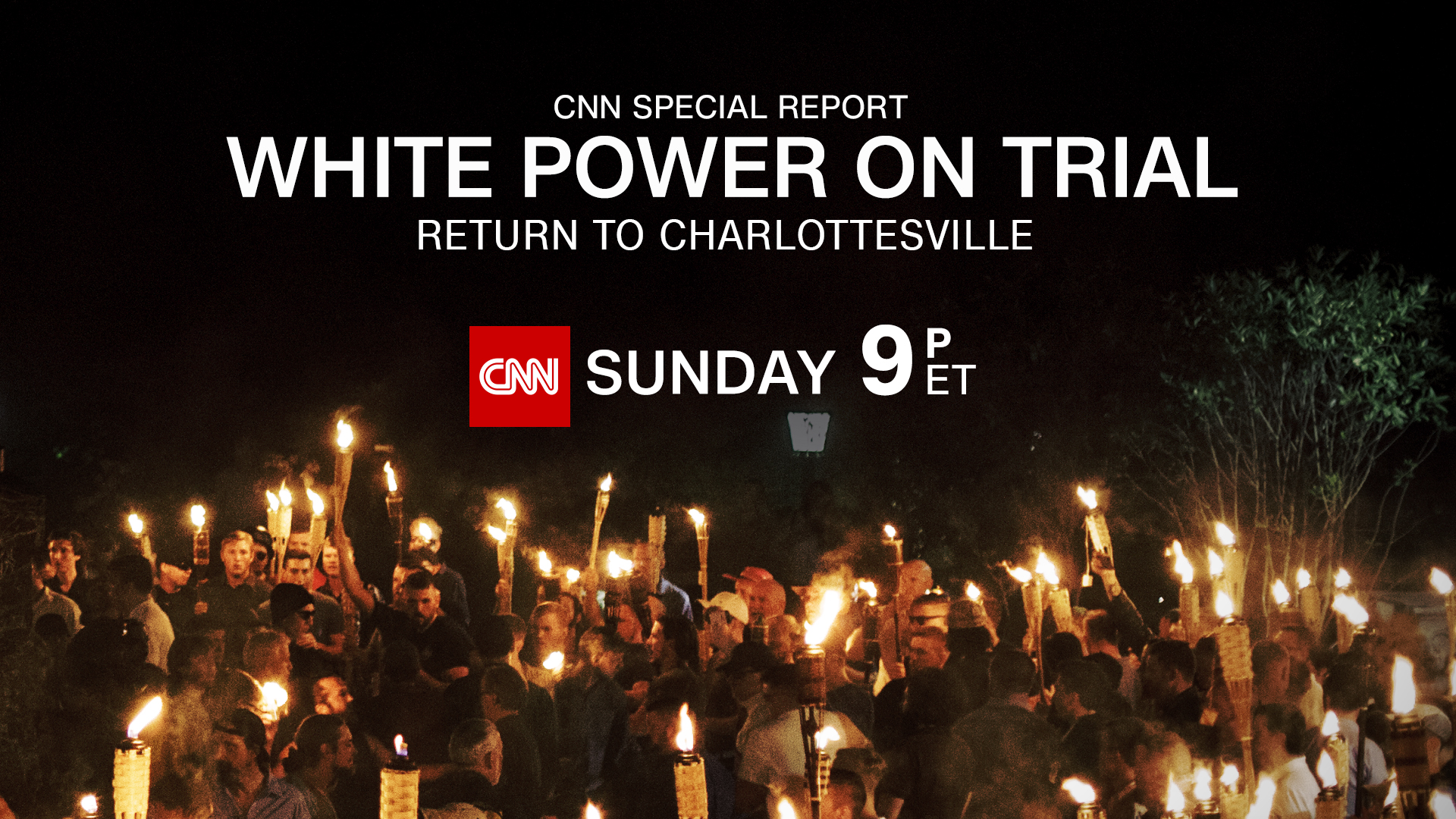 In a new one-hour CNN Special Report, WHITE POWER ON TRIAL: Return to Charlottesville, CNN correspondent Elle Reeve returns to the scene of the deadly and violent “Unite the Right” white supremacist rally where – four years later – a hallmark federal civil suit, Sines v. Kessler, went to court. Premiering Sunday, December 5 at 9pm ET on CNN, the documentary retraces the events in Charlottesville that led nine plaintiffs to sue 25 defendants, including high-profile white nationalists, neo-Nazis and organizations designated as hate groups, who they say planned, carried out and celebrated a weekend of violence and intimidation. Reeve – whose reporting on the “Unite the Right” rally in the documentary Charlottesville: Race and Terror with Vice News Tonight won numerous awards – has unprecedented access to the major players in the case, including some of the white supremacists on trial.

During the hour Reeve speaks to the attorneys representing the plaintiffs in Sines v. Kessler and the plaintiffs themselves who were harmed by the “Unite the Right” rally about its lingering impact and what’s next for their community. She also talks to defendants Richard Spencer, Matthew Heimbach, Jeff Schoep and Matt Parrott about their roles that weekend, the current state and downfall of the alt-right and the future of white supremacy.

In August 2017, white nationalists descended upon Charlottesville in a planned demonstration against the removal of the statue of Robert E. Lee but soon it was engulfed in violence prompting the Virginia governor to declare a state of emergency. Less than two hours after that declaration, a white nationalist plowed his car into a crowd of protestors injuring dozens and killing 32-year-old Heather Heyer. Infamously, President Trump addressed the nation condemning hate and violence on “many sides.”

WHITE POWER ON TRIAL: Return to Charlottesville will stream live for cable subscribers via CNNgo (CNN.com/go and via CNNgo apps for Apple TV, Roku, Amazon Fire, Chromecast, Samsung Smart TV and Android TV) and on the CNN mobile apps for iOS and Android. The special will be available on demand beginning Monday, December 6 via cable/satellite systems, CNNgo platforms and CNN mobile apps.