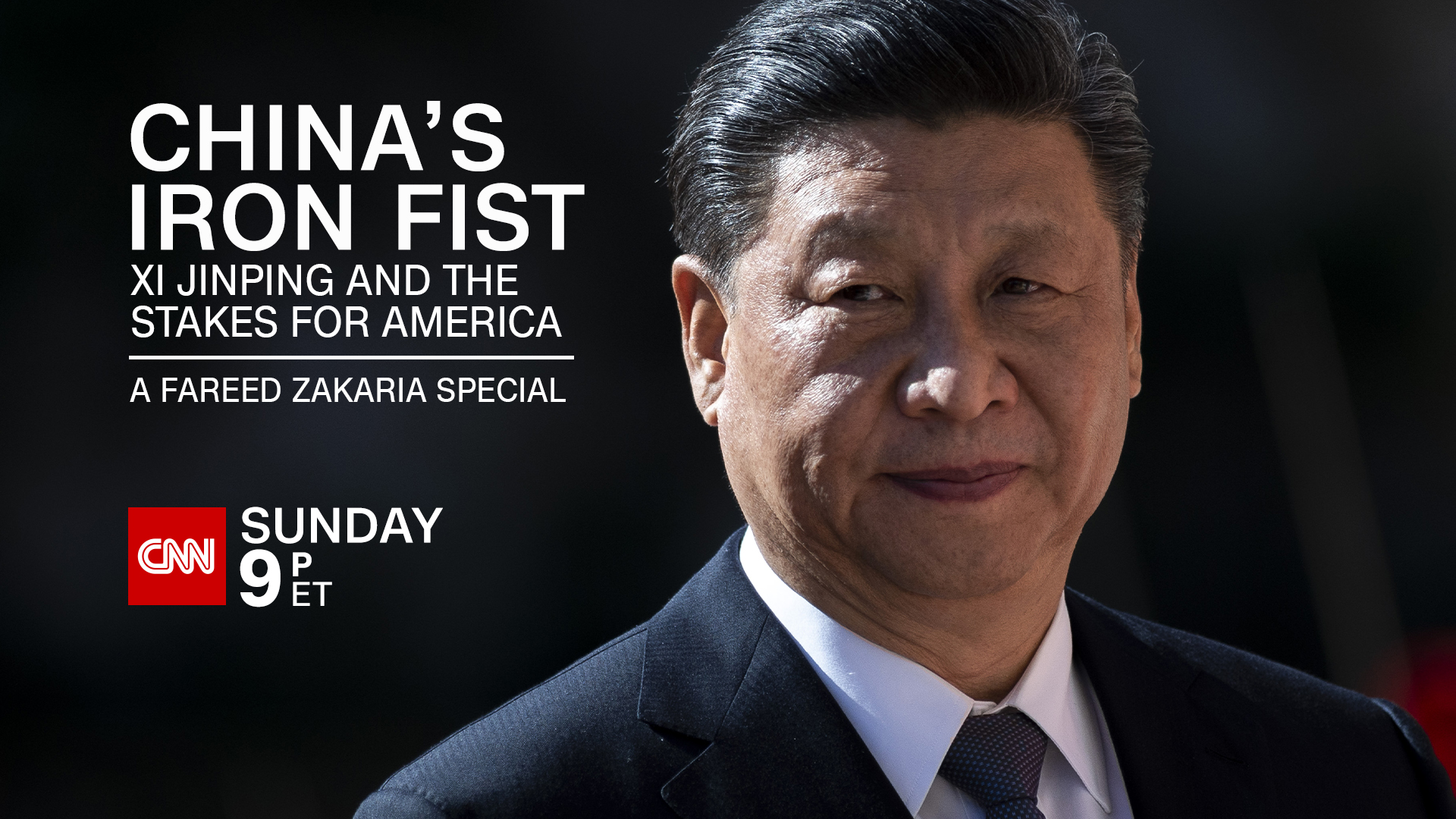 Xi Jinping’s remarkable ascendance to become China’s paramount leader is as extraordinary as are his aspirations for China’s global dominance.  Born into privilege, then condemned to labor on a rural farm during the Cultural Revolution, Xi’s life and China’s rise, are explored by CNN’s Fareed Zakaria in a new, global primetime special.   China’s Iron Fist: Xi Jinping and the Stakes for America – A Fareed Zakaria Special will air at 9:00pm Eastern on CNN and CNN International on Sunday, Nov. 21.

For decades, Zakaria points out, Chinese leaders sought rapid modernization through economic initiatives, massive infrastructure projects, and social engineering programs to transform a poor, largely agrarian nation into a global superpower that now demands a reckoning with the world.  China, now a nation with the world’s second largest economy, has been led by an increasingly ruthless and authoritarian Xi Jinping for the last decade.  Under Xi, China has taken an aggressive global stance, brutally restricting freedoms in Hong Kong and Xinjiang, saber-rattling at Taiwan, and adopting an increasingly hostile anti-American posture.

The violent insurrection at the Capitol in Washington, DC, has apparently reinforced Xi’s notions that democracy is both dangerous and incompatible with China’s goals for stability, progress, and global supremacy in an orderly world.  Ultimately, Zakaria asks: as Xi consolidates power in – and for – China, what are the stakes for America?

During the Sunday, Nov. 21 premiere, China’s Iron Fist: Xi Jinping and the Stakes for America – A Fareed Zakaria Special will stream live for subscribers via CNNgo (CNN.com/go and via CNNgo apps for Apple TV, Roku, Amazon Fire, Chromecast, Samsung Smart TV, and Android TV) and on the CNN mobile apps for iOS and Android.  The special will become available for 30 days beginning Monday, Nov 22, on demand via cable/satellite systems for subscribers, CNNgo platforms, and CNN mobile apps.