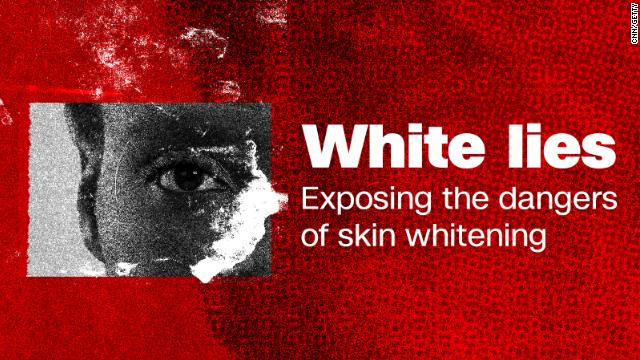 Today, CNN As Equals launched White Lies: Exposing the Dangers of Skin Whitening, a six-month series aiming to reveal the scale of the use of harmful skin whitening products worldwide; raise awareness of colorism which often underpins their use; and hold to account corporations and government agencies who manufacture, sell, or inadequately regulate these products.

Skin lightening is a global practice fueled by beauty ideals that stem from a history of colorism in which fairer, or white, skin is believed to be linked to attractiveness, success and, in some cultures, an overall better life. It is one of the fastest growing beauty industries in the world; in 2020, the global skin whitening market was reportedly valued at $8.6bn. It is projected to grow to $13.7bn by 2025.

CNN As Equals will publish distinctive reporting, investigations, filmed documentaries and interactive pieces in the next six months, exposing the companies and authorities behind this public health problem and revealing the global scale of this harmful practice. The series is launching with a special investigative report from India exploring how a combination of culture and unfair beauty standards along with the failure to implement drug restrictions has caused a silent epidemic of “astronomical proportion” in which women are damaging their skin, and their lives, in the hope of a better future. Also publishing is a video profile of Amira Adawe, who travels the world testing skin lightening products for toxins like mercury that are being sold illegally in every region, including the US where she has already had an impact. Adawe successfully petitioned Amazon to remove 15 skin-lightening products from their website and was able to get Congress to pass new legislation this year regulating the sale of skin-lightening products and educating communities about the dangers of using them.

The As Equals team is partnering with notable figures and global organizations working on this issue, including the World Health Organization and the European Environmental Bureau.

Join the global conversation on social media by using the hashtag #FightingWhitening.

Launched in January 2018 and expanded in 2021 with a three-year grant from the Bill and Melinda Gates Foundation, the As Equals mission is to reveal what systemic gender inequality looks like. With stories on under-reported issues in under-reported parts of the world, told by underrepresented voices, As Equals spotlights taboo subjects and aspires to effect change.