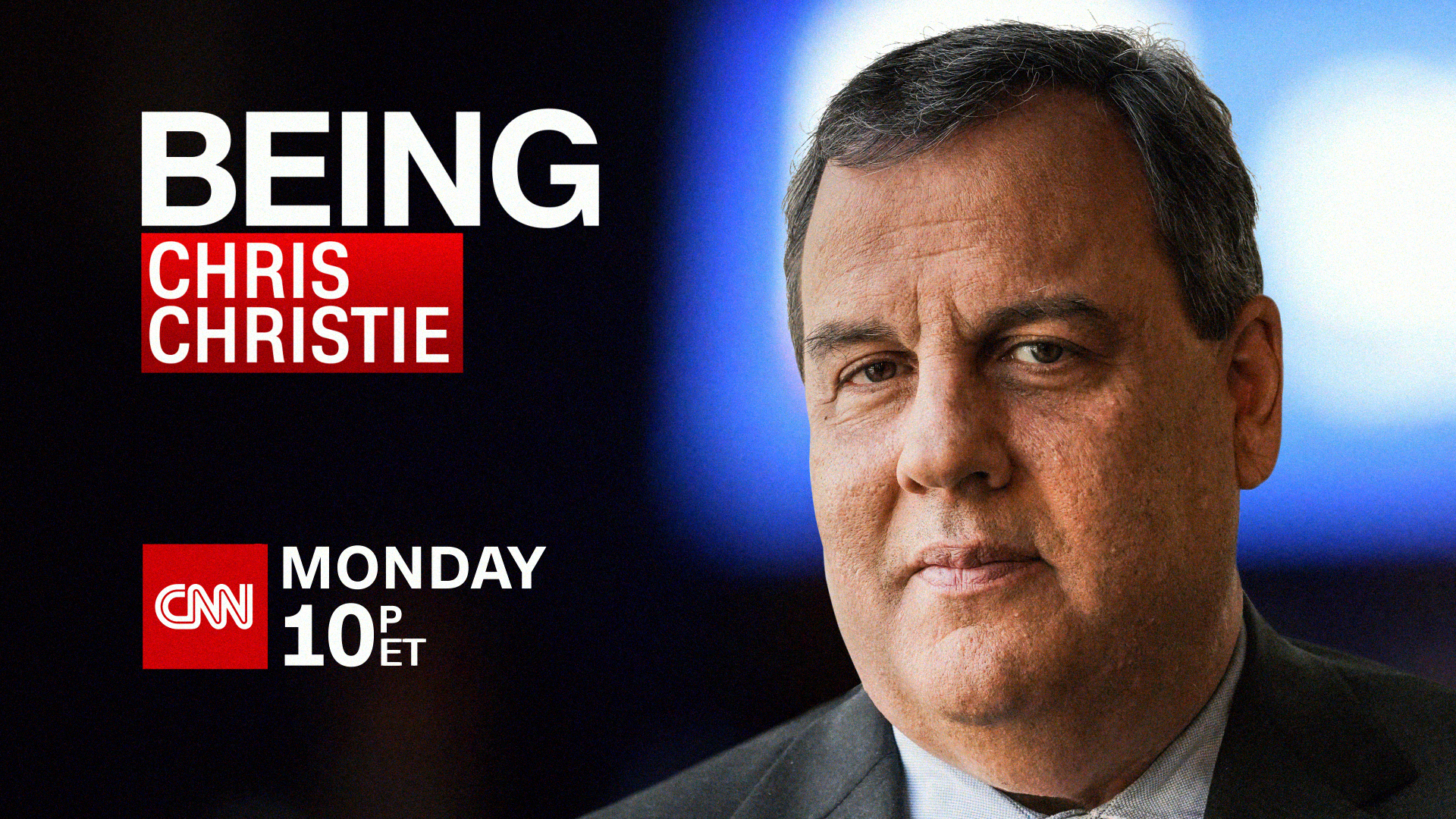 Second Episode of the CNN Series Being… Airs Monday, November 15 at 10pmET

CNN will air Being…Chris Christie, the second episode in the Being… series from Anchor and Chief Political Correspondent Dana Bash on Monday, November 15 at 10pmET. In this episode, Bash travels to New Jersey to speak with former Governor Chris Christie and find out what it is like to be one of America’s most well-known Republicans, a longtime friend and high-profile supporter of former President Donald Trump, turned harsh critic of Trump’s big lie. In their in-depth interview, Christie opens up about trying to use his signature blunt talk to rid the GOP of the conspiracy theories that Trump perpetuates, battling for his life in the ICU with COVID, his upcoming book, his struggles with his weight, and the future of his party and his own political ambitions.

Being…Chris Christie will stream live for cable subscribers via CNNgo (www.CNN.com/go and via CNNgo apps for AppleTV, Roku, Amazon Fire, Chromecast, Samsung Smart TV and Android TV) and on the CNN mobile apps for iOS and Android. The episode will be available on demand beginning Tuesday, November 16 via cable/satellite systems, CNNgo platforms, and CNN mobile apps.