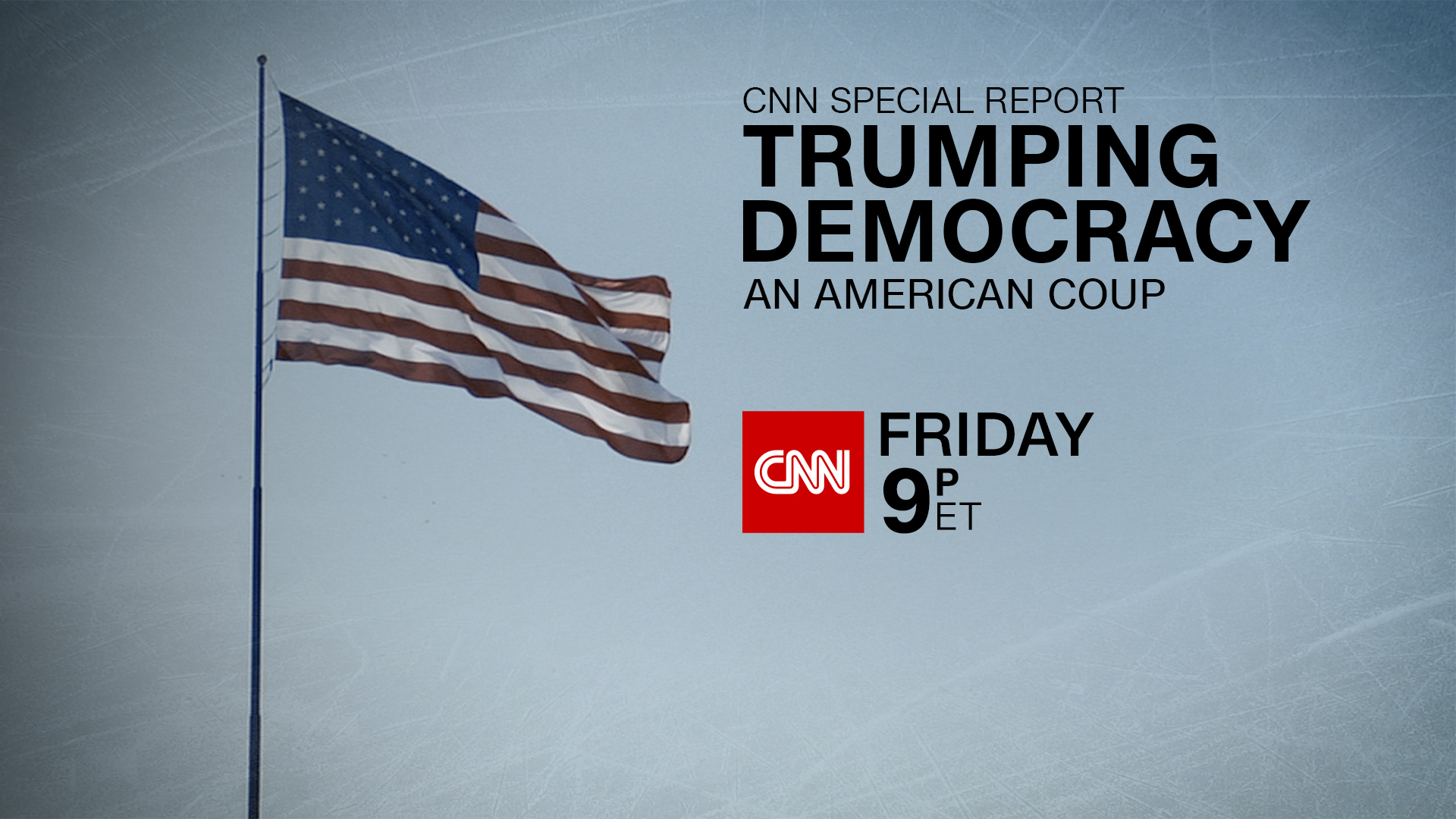 The January 6th attack on the U.S. Capitol was the most visible piece of Donald Trump’s push to overthrow the results of a free and fair U.S. election. Before election day itself even began, Trump led a disinformation campaign attacking the credibility of the election, and as votes were still being counted, pressured local, state, and federal legislators to disenfranchise millions of voters, even twisting the arms of leaders in the Justice Department, to help orchestrate a second term. Join CNN Anchor and Chief Washington correspondent Jake Tapper for interviews and details never before heard from key Republican officials on just how close the nation came to losing the democracy many of us hold so precious – and what Trump and his team are planning for 2024. CNN Special Report TRUMPING DEMOCRACY: An American Coup airs Friday, November 5 at 9pmET.

CNN Special Report TRUMPING DEMOCRACY: An American Coup will stream live for subscribers via CNNgo (CNN.com/go and via CNNgo apps for Apple TV, Roku, Amazon Fire, Chromecast, Samsung Smart TV and Android TV) and on the CNN mobile apps for iOS and Android. The special will be available on demand beginning Saturday, November 6 via cable/satellite systems, CNNgo platforms and CNN mobile apps.