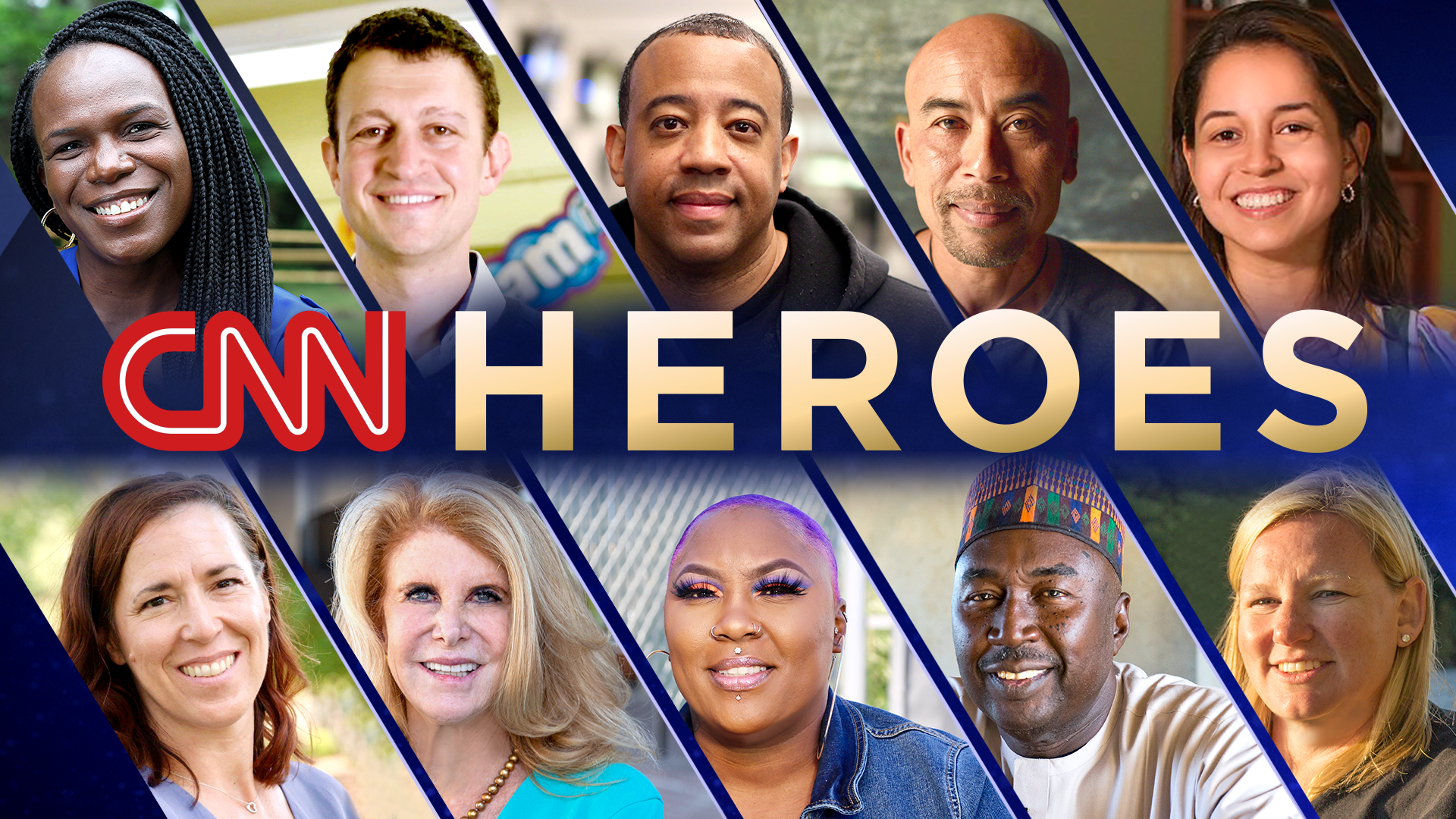 One hero provides clean power, safe water and vital sanitation for thousands living without basic services; another brings life-saving care preventing cervical cancer to remote areas of the world; one is educating children from both sides of Nigeria’s Boko Haram conflict and another monitors 2500 miles of coastline, rescuing and saving seals. These are just some of the ways in which this year’s Top 10 CNN Heroes have dedicated their lives to changing the world. The 2021 Top 10 CNN Heroes were revealed this morning on CNN’s New Day by Anderson Cooper.

The Peabody and Emmy Award-winning campaign, celebrating its 15th anniversary, honors individuals who are making extraordinary contributions to help improve the lives of others. Cooper will be joined again this year by Kelly Ripa as co-host of the 15th Annual CNN Heroes All-Star Tribute. The awards show, which celebrates all Top 10 honorees, will air Sunday, December 12th at 8pm ET live on CNN, CNN International and CNN en Español from the American Museum of Natural History in New York City.

Beginning today, viewers can select the CNN Hero of the Year by voting for the Top 10 CNN Hero who inspires them the most. Supporters can vote daily at CNNHeroes.com by logging in via email or Facebook. Viewers get 10 votes a day, every day through Tuesday, December 7th at 11:59pm PT. All 10 daily votes can be cast for one hero or divided among favorites.  Once again, viewers can also double their votes by rallying friends on social media.

Monitoring 2500 miles of coastline, Lynda Doughty and her team are on call 24/7. Her nonprofit, Marine Mammals of Maine, provides critical care with the ultimate goal of releasing the animals back to the wild.

Using a simple “see and treat” method, Dr. Patricia Gordon is on a medical mission to

save thousands of women around the world from dying of preventable and treatable cervical cancer.

A Second U Foundation

After spending ten years in prison, Hector Guadalupe used the fitness skills that got him in shape behind bars to start a new career on the outside. Today, his organization helps other formerly incarcerated men and women become fitness trainers and end the cycle of recidivism.

Despite regional terrorism, kidnapping, murder and threats against area schools, Zannah Mustapha is educating children from both sides of Nigeria’s Boko Haram conflict, while also helping thousands of widows.

After losing her husband in a tragic accident, Michele Neff Hernandez founded Soaring Spirits to bring together other widows. Over the last 13 years, the organization has helped more than 4 million widowed people through their grieving journey.

Shirley Raines is helping to keep Skid Row’s residents fed, cared for and lifted. Through Beauty 2 the Streetz, she gives them a chance to see something in themselves other than homelessness.

A pediatric surgeon, Dr. Ala Stanford saw how the pandemic devastated communities of color in her hometown of Philadelphia. She responded by building trust and providing free testing and vaccinations through her group, the Black Doctors Covid-19 Consortium.

When the pandemic hit Bali’s economy, Made Janur Yasa’s Plastic Exchange offered families a chance to receive free rice by collecting plastic waste for recycling. The initiative has since spread to 200 villages and helped feed thousands of people.

CNN has partnered with GoFundMe to enable donations to this year’s honorees and learn more about their stories. GoFundMe is the world’s largest fundraising platform that empowers people and charities to give and receive help. Supporters can make online donations to the Top 10 CNN Heroes’ nonprofit organizations directly from CNNHeroes.com.

The 15th Annual CNN Heroes All-Star Tribute will stream live for subscribers via CNNgo (CNN.com/go and via CNNgo apps for Apple TV, Roku, Amazon Fire, Chromecast, Samsung Smart TV and Android TV) and on the CNN mobile apps for iOS and Android. The special will be available on demand beginning Monday, December 13th via cable/satellite systems, CNNgo platforms and CNN mobile apps.