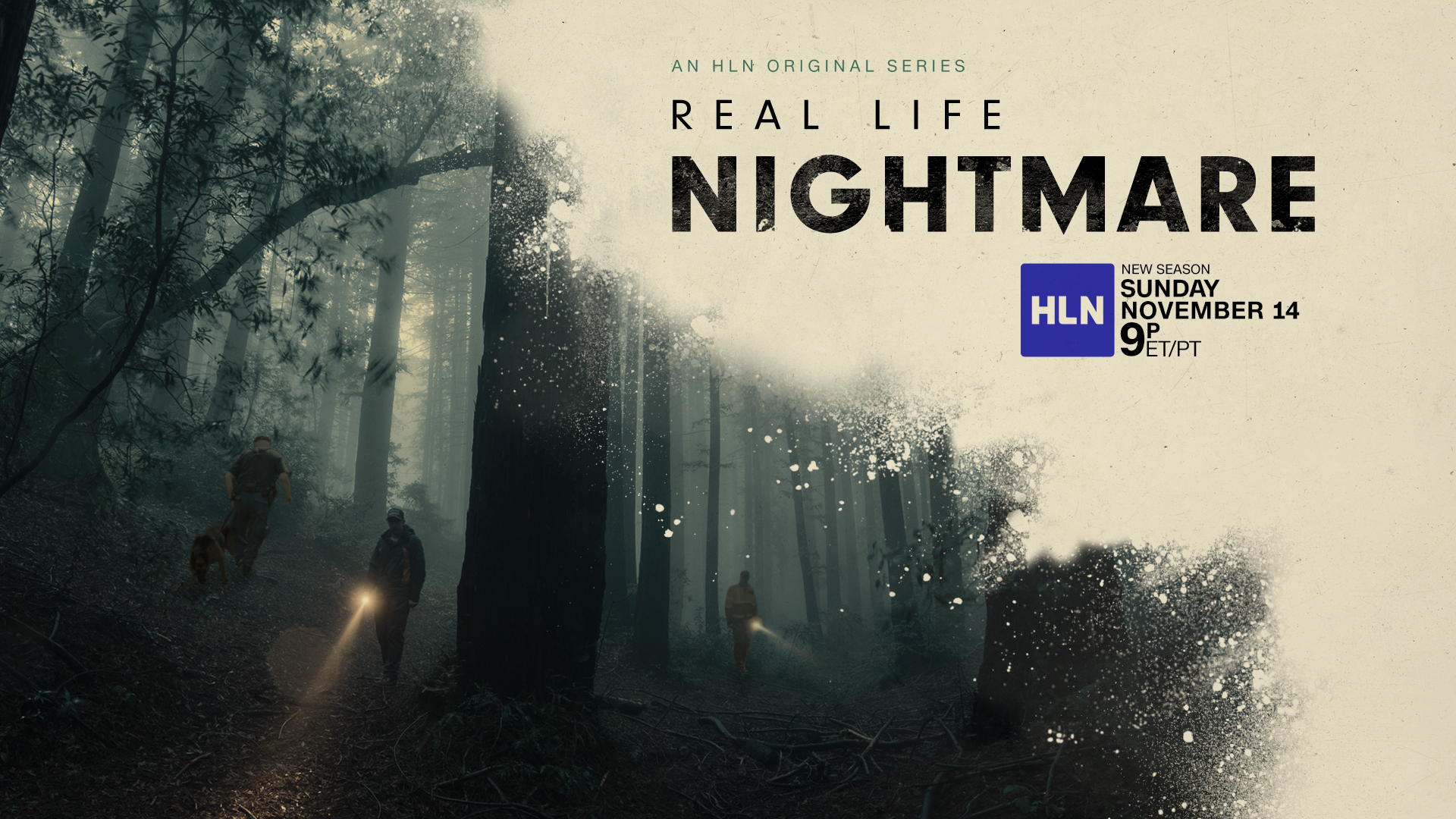 When They Vanish Into Thin Air, It’s A Real Life Nightmare – Season Three of The HLN Docu-Series Premieres Sunday, November 14

Six-Episode Season to Include Investigation of Mysterious Disappearance Near Area 51 of Internet-Popular Hiker Kenny Veach, in a Two-Hour Special Event

The new season features a two-hour special event “Mojave Mystery – Vanished in the Desert,” an investigation into the November 2014 disappearance of popular hiker Kenny Veach, as he searched for the mysterious “M Cave” near Area 51.

Real Life Nightmare presents heart-wrenching, personal mysteries and unexplained deaths that continue to baffle investigators and horrify those left behind.

Following are airdates and episode descriptions for Real Life Nightmare:

November 14, 2021, 9-10pm ET/PT (season premiere) “Bourbon Town Mystery” (Crystal Rogers) A 35-year-old mother of five goes missing, and when her maroon Chevy is found on the side of the Bluegrass Parkway with a flat tire, her keys, purse, and cell phone are left inside. But Rogers’ disappearance isn’t the only mystery casting a shadow over Bardstown, Kentucky.

A handsome, young medical student is out celebrating the start of Spring Break with friends after cramming for medical exams. Brian is clearly recorded on surveillance video entering a bar but is mysteriously never seen leaving.

November 28, 2021, 9-11pm ET/PT “Mojave Mystery – Vanished in the Desert” (Kenny Veach) An avid outdoorsman vanishes near the mysterious Area 51. Searchers find his cell phone near a mine shaft, but no sign of Kenny. In earlier recorded video, Veach describes his body vibrating as he approaches a cave near the same location.

December 5, 2021, 9-10pm ET/PT “Connecticut Murder Mystery” (Jennifer Dulos) A mom of five disappears after dropping her kids at school, but evidence shows a brutal assault in the garage of her upscale, Connecticut home.

A young female college student is found bludgeoned to death in an off-campus apartment. DNA, a threatening note at the crime scene, and a voicemail from Faith’s cellphone could point to her killer.

December 19, 2021, 9-10pm ET/PT “Secrets in the Ashes” (Nanette Krentel) A raging fire kills a woman in her secluded home in the middle of the day. Investigators are puzzled why she was unable to escape, until the autopsy reveals the cause of death was a gunshot wound to the head.

Real Life Nightmare episodes will be available on demand the day after the broadcast premiere via cable/satellite systems.