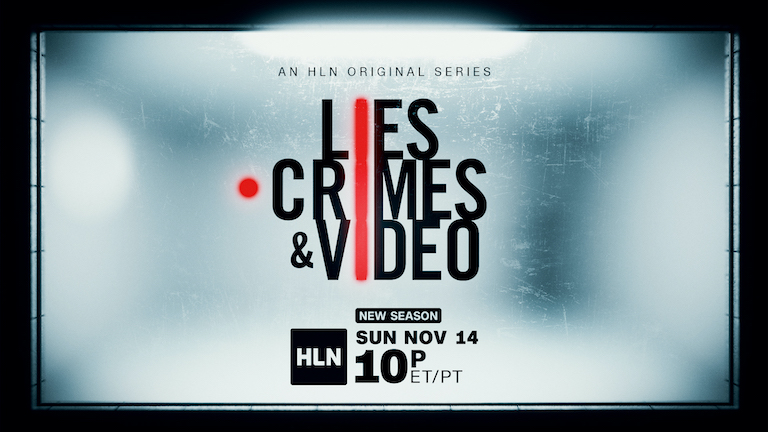 The season premiere episode “Poker Night Murder” covers the twisted murder story of a young mother by an unlikely killer that was witnessed by her child.

This series features riveting stories that incorporate video evidence in criminal cases and shocking courtroom testimony. The lies, deceit and bad behavior are all caught on camera and presented in this candid true crime docu-series.

Following are airdates and episode descriptions for season three of Lies, Crimes & Video:

Young mom of two, Kelley Stage Clayton, is found brutally murdered in her home after her husband returns from a night of poker. Her young child witnesses the crime and reveals shocking details to investigators.

Mom, Tina Herrmann, her 2 children and a family friend disappear. Her home reveals a gruesome crime scene suggesting dismemberment. The deranged killer hides the bodies in a place you would never believe.

Barbara Kendhammer suffers fatal injuries after a heavy pipe impales the windshield of her car.

But evidence at the crime scene tells a different story.

December 19, 2021 @10pm ET/PT “Nightmare Stepmom” (Zahra Baker) 10-year-old Zahra Baker survived cancer twice but lost her leg and hearing. When she disappears from her bedroom in the middle of the night, investigators are puzzled by a ransom note left at the scene, but Zahra’s fate is worse than they could have ever imagined.

Beautiful young mom of 2 perished in a raging house fire, but her autopsy reveals the cause of death was not asphyxiation, but a bullet wound to the head. Forensics uncover the killer.

Lies, Crimes & Video episodes will be available on demand the day after the broadcast premiere via cable/satellite systems.

HLN (www.CNN.com/HLN) features live coverage of national, regional, lifestyle, and entertainment stories in a fast-paced approachable tone with expert-led hosts. The network also presents original and acquired series focusing on true crime, mysteries and investigations. HLN is a CNN Worldwide network reaching more than 75 million households in the U.S. CNN is a division of WarnerMedia.