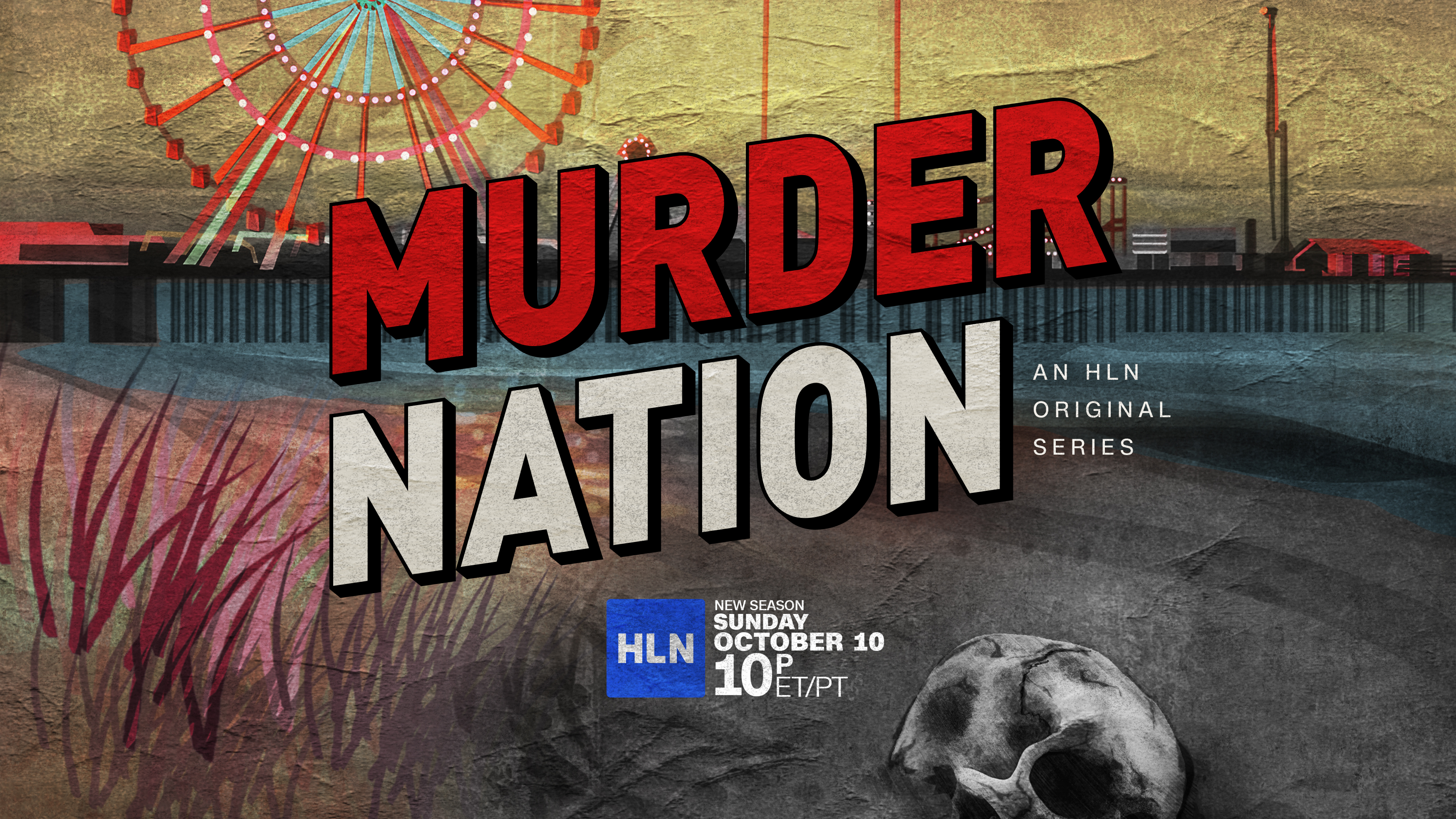 Amid the beauty and wonderland of the New Jersey coastline, dark currents sometimes seep through. “Murder Nation: Jersey Gore” exposes four shocking deadly crimes that took place in this scenic paradise for residents and vacationers.

Each season of Murder Nation focuses on one U.S. region and the crimes unique to it. The series explores bodies that turn up in swamps in the Bayou, killers stalking the sandy beaches of the Jersey Shore, the screams lost in the cold Alaskan tundra, and the deadly criminals lurking in the shadows of the vast New Mexican deserts. Murder Nation illuminates what connects these crimes to their environments and what makes them so uniquely American.

Each episode of Murder Nation will be available on demand the day after the broadcast premiere via cable/satellite systems, CNNgo platforms and CNN mobile apps.

Murder Nation is produced for HLN by Glass Entertainment.

When a Jersey retiree leaves his wife for a young waitress in Florida, their beach community rallies behind her. But when his family and friends don’t hear from him, an investigation into his disappearance reveals startling secrets and something starts to smell fishy in the seaside town of May’s landing.

When a beloved rabbi’s wife turns up dead in one of New Jersey’s most idyllic and desirable suburbs, the community is sent into a tailspin. After months of fruitless investigation, police begin to discover that one of Cherry Hill’s most powerful couples might not have been as perfect as they seemed.

When a promising teenager goes missing under mysterious circumstances, her tight-knit Jersey Shore town rallies to find answers. After months of heartbreaking dead ends, a shocking video reveals a story that no one saw coming.

After a night of glitz and gambling in Atlantic City, a prominent New Jersey couple is attacked on their way home. But what looks like a run of the mill carjacking gone wrong, turns out to be a multipronged conspiracy exposing that suburbia’s perfect couple might have been anything but.